The Jewish mystical tradition is rich and diverse, and Jewish mysticism has taken many forms. Scholar Moshe Idel groups the different expressions of Jewish mysticism into two fundamental types: moderate and intensive. Moderate mysticism is intellectual in nature. It is an attempt to understand God and God’s world, and ultimately affect and change the divine realm. This type of mysticism incorporates many aspects of traditional Judaism, including Torah study and the performance of the commandments, infusing these activities with mystical significance. Intensive mysticism, on the other hand, is experiential in nature. Intensive mystics use nontraditional religious activities, including chanting and meditation, in an attempt to commune with God.

The first forms of Jewish mysticism emerged in the early centuries of the first millennium. Merkavah mysticism was the most common early form. Merkavah mystics aimed at understanding and experiencing the vision of the divine throne discussed in the first chapter of the biblical book of Ezekiel. Another form of early mysticism focused on exploring the mysterious methods that God used to create the world. Sefer Yetzirah, the most important work of creation mysticism, describes the creation of the world through the arrangements of letters and numbers.

Kabbalah is the most famous form of Jewish mysticism. It flowered in 13th century Spain with the writing of the Zohar, which was originally attributed to the 2nd century sage Shimon bar Yohai. The Zohar is a commentary on the Torah, concerned primarily with understanding the divine world and its relation to our world. According to kabbalah, God as God — also known as Ein Sof or “the Infinite” — cannot be comprehended by humans. However, God can be understood and described as revealed in ten mystical attributes, or sefirot.

Much of all future Kabbalah, including the important 16th-century Kabbalah of Isaac Luria–whose intricate theology of creation describes how God contracted to make room for the world — concerns itself with the sefirot. Abraham Abulafia was the most important of the medieval intensive mystics. He tried to achieve a state of prophecy through methods of experiential Kabbalah. Hasidism, a religious movement that emerged in the 18th century, spread mystical thinking and living to the masses of European Jewry by teaching that all people could have an experiential connection with God.

Traditional mystical concepts permeate mainstream Jewish thought to this day (for example, the notions of tikkun olam, or repair of the world, and of tzimtzum, God’s self-limiting), and texts of mystical origin have penetrated Jewish liturgy (including Lecha Dodi, the Friday night hymn welcoming the Sabbath, and other liturgical poetry). In addition, the academic study of Jewish mysticism has flourished in recent decades, due primarily to the work of a single scholar, Gershom Scholem. Scholem discovered and interpreted a wide range of mystical manuscripts and shed light on the origins and development of Jewish mysticism. With the emergence of New Age spirituality, Jewish mysticism has also experienced a popular renaissance. Jewish groups like the Renewal movement teach mysticism to spiritually inclined, nontraditional Jews, while controversial institutions such as the Kabbalah Centre offer a more universal and magical mysticism to Jews and non-Jews alike. 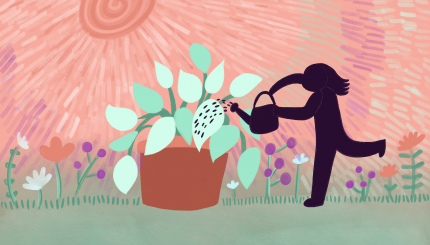 How Hasidic Wisdom Can Change Your Life

Looking to improve your relationships, your finances, your emotional life, and even your experience of the end of life? You’ll ... 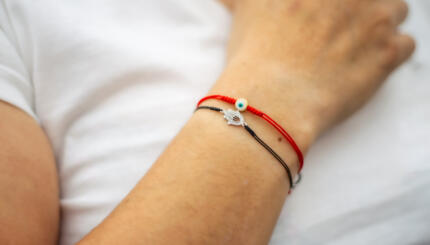