“Tikkun olam” (Hebrew for “world repair”) has come to connote social action and the pursuit of social justice. The phrase has origins in classical rabbinic literature and in Lurianic kabbalah, a major strand of Jewish mysticism originating with the work of the 16th-century kabbalist Isaac Luria.

Roots of the Term

The term “mipnei tikkun ha-olam” (perhaps best translated in this context as “in the interest of public policy”) is used in the Mishnah (the body of classical rabbinic teachings codified circa 200 C.E.). There, it refers to social policy legislation providing extra protection to those potentially at a disadvantage — governing, for example, just conditions for the writing of divorce decrees and for the freeing of slaves.

In reference to individual acts of repair, the phrase “tikkun olam” figures prominently in the Lurianic account of creation and its implications: God contracted the divine self to make room for creation. Divine light became contained in special vessels, or kelim, some of which shattered and scattered. While most of the light returned to its divine source, some light attached itself to the broken shards. These shards constitute evil and are the basis for the material world; their trapped sparks of light give them power.

According to the Lurianic account, the first man, Adam, was intended to restore the divine sparks through mystical exercises, but his sin interfered. As a result, good and evil remained thoroughly mixed in the created world, and human souls (previously contained within Adam’s) also became imprisoned within the shards.

The “repair,” that is needed, therefore, is two-fold: the gathering of light and of souls, to be achieved by human beings through the contemplative performance of religious acts. The goal of such repair, which can only be effected by humans, is to separate what is holy from the created world, thus depriving the physical world of its very existence—and causing all things return to a world before disaster within the Godhead and before human sin, thus ending history.

“Tikkun olam” has become such a commonly used term in liberal Jewish circles that it is the basis for a joke, in which an American Jew visiting Israel asks her guide, “How do you say tikkun olam in Hebrew?”

While contemporary activists also use the term “tikkun olam” to refer to acts of repair by human beings, they do not necessarily believe in or have a familiarity with the term’s cosmological associations. Their emphasis is on acts of social responsibility, not the larger realm of sacred acts — and on fixing, not undoing, the world as we know it.

The phrase “tikkun olam” was first used to refer to social action work in the 1950s. In subsequent decades, many other organizations and thinkers have used the term to refer to social action programs; tzedakah (charitable giving) and gemilut hasadim (acts of kindness); and progressive Jewish approaches to social issues. It eventually became re-associated with kabbalah, and thus for some with deeper theological meaning.

The phrase “tikkun olam” remains connected with human responsibility for fixing what is wrong with the world.

Contemporary usage of the phrase shares with the rabbinic concept of “mipnei tikkun ha-olam” a concern with public policy and societal change, and with the kabbalistic notion of “tikkun” the idea that the world is profoundly broken and can be fixed only by human activity.

Tikkun olam, once associated with a mystical approach to all mitzvot, now is most often used to refer to a specific category of mitzvot involving work for the improvement of society — a usage perhaps closer to the term’s classical rabbinic origins than to its longstanding mystical connotations. 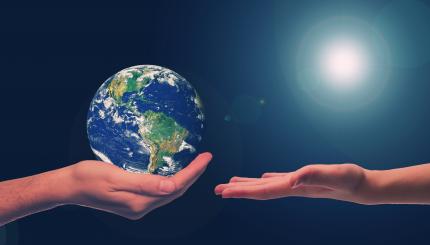 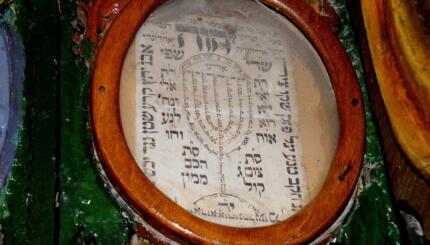 In contemporary parlance, tikkun olam refers to repairing the earthly world in which we live but in Luria's teachings, complete tikkun would undo the world we know.