One of the central Jewish prayers for those who are ill or recovering from illness or accidents is the Mi Sheberach. The name is taken from its first two Hebrew words. With a holistic view of humankind, it prays for physical cure as well as spiritual healing, asking for blessing, compassion, restoration, and strength, within the community of others facing illness as well as all Jews, all human beings.

Traditionally, the Mi Sheberach is said in synagogue when the Torah is read. If the patient herself/himself cannot be at services, a close relative or friend might be called up to the Torah for an honor, and the one leading services will offer this prayer, filling in the name of the one who is ill and her/his parents. Many congregations sing the version of the Mi Sheberach written by Debbie Friedman, a popular Jewish folk musician who focused on liturgical music. (That version can heard in the video, and its lyrics read, at the top of this article.)

Increasingly, the Mi Sheberach has moved into other settings and other junctures. Chaplains, doctors, nurses, and social workers are now joining patients and those close to them in saying the Mi Sheberach at various junctures—before and after surgery, during treatments, upon admission or discharge, on the anniversary of diagnosis, and more. We present it to you here, in English translation and in transliteration from the Hebrew, as a resource for you as you confront the challenges of illness. The Hebrew text can be found here.

May the One who blessed our ancestors —

bless and heal the one who is ill:

May the Holy Blessed One

overflow with compassion upon him/her,

The One will send him/her, speedily,

along with all the ill,

among the people of Israel and all humankind,

The transliterated text below presents the prayer with correct pronouns for male and female patients. The word before the slash is for males, the one after for females.

Reprinted with permission of the National Center for Jewish Healing, a program of the Jewish Board of Family and Children’s Services. 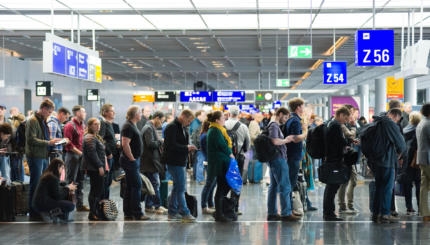 A Jewish prayer that asks for a safe journey.