Hebrew is the language of the Bible, Jewish prayer and — since the early 20th century — a modern language spoken in Israel. Below are seven important things to know about this storied language.

1) The Alphabet (Called the Aleph-Bet) Has 22 Letters.

There are 22 letters in the Hebrew alphabet (commonly referred to as the aleph-bet, after the first two letters, aleph and bet). In addition, the language includes five final letters: When the letters khaf, mem, nun, pey, and tzade are the last letters of a word, they are written differently.

2) It’s Related to Arabic and Aramaic — and Originally Had No Vowels.

Hebrew is a Semitic language — like Arabic and Aramaic — and like most ancient Semitic languages its alphabet has no vowels. However, sometime between the middle and end of the first millennium, rabbis known as the Masoretes instituted a system of dots and dashes to indicate how words were to be pronounced. Torah scrolls and most contemporary Hebrew writing are still written without vowels.

Unlike English, Hebrew is read and written from right to left. There are numerous types of Hebrew script. The most familiar is the block letters used in Torah scrolls and most printed texts. This was originally referred to as ktav ashuri, or Assyrian script. It is contrasted with ktav ivri, which was an earlier script probably used until a few hundred years prior to the Common Era. In addition, there is a cursive script for Hebrew, as well as a script named after the medieval commentator Rashi, which was used in Rashi’s works on the Bible and Talmud, as well as in other texts.

4) It Dates Back to the Second Millennium BCE.

The earliest Hebrew texts date from the end of the second millennium BCE. Hebrew was employed as both a written and spoken language until the destruction of the First Temple in 587 BCE. After that, Hebrew was used primarily as a literary and liturgical language.

5) Not All Major Jewish Texts Are In Hebrew.

The Bible (except for parts of Ezra and Daniel) is written in Hebrew, as is the Mishnah, the corpus of Jewish law edited during the second and third century CE.

The Gemara — books of rabbinic legal discussions interpreting the Mishnah — is largely written in Aramaic with some Hebrew, while medieval Jewish literature is written primarily in a combination of Hebrew and Aramaic.

5) It Was Often Thought to Be the Language of Angels — and God.

Because it is the language of sacred texts, Hebrew itself was often considered sacred. In post-biblical times, it was referred to as lashon ha-kodesh, the holy language. Hebrew was often thought to be the language of the angels, and indeed, of God. According to rabbinic tradition, Hebrew was the original language of humanity. It was spoken by all of humankind prior to the dispersion described in the Tower of Babel story in Genesis. In addition, the Hebrew language was thought of as the tool that God used to create the world. A midrash states that, “Just as the Torah was given in lashon ha-kodesh, so the world was created with lashon ha-kodesh.” Similarly, the mystical book Sefer Yetzirah, describes the creation of the world through the manipulation of the Hebrew alphabet.

The Haskalah, the Jewish Enlightenment, sparked a renewed interest in Hebrew, particularly biblical Hebrew, which the maskilim (the proponents of the Enlightenment) viewed as a purer form of the language. Journals, newspapers, and literature were written in Hebrew, but there were many problems with adapting this ancient language to the needs of modern prose. Many of these problems were addressed by S.Y. Abramowitz (better known as Mendele Mokher Seforim), who created an amalgam of rabbinic and biblical Hebrew that suited modern literary needs.

7) After Not Being Spoken for Two Millennia, It Was Dramatically Revived.

While the creation of a corpus of secular Hebrew literature was impressive, the reinstitution of Hebrew as a spoken language was almost miraculous. Hebrew had not been a spoken language for two millennia, and yet at the end of the 19th century, European Jews dreaming of a cultural renaissance in Palestine began to resurrect the language.

Eliezer Ben-Yehuda is considered the father of Modern Hebrew. He developed a vocabulary for Modern Hebrew, incorporating words from ancient and medieval Hebrew, in addition to creating new words. In 1922, Hebrew became one of the official languages of British Mandate Palestine, and today it is a modern language spoken by the citizens of Israel and Jews around the world. 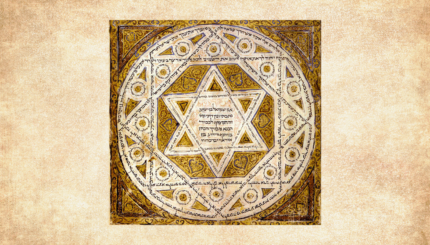 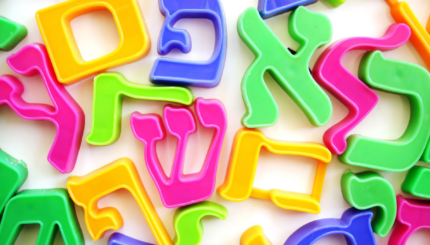 Known as the Aleph Bet, the Hebrew alphabet contains 22 letters.