Jewish Aramaic was the vernacular of Jews in the Land of Israel in the first century. It is still spoken by Jewish Kurds today. In addition, important Jewish texts and the Mourner’s Kaddish are also written in Aramaic. This article gives a brief overview of this ancient Jewish language.

The Aramaic language has been around for over 3,000 years, beginning in the 11th century B.C.E as the official language of the first Aramean states in Syria. A few centuries later it became the official language, or lingua franca, of the Assyrian and Persian empires, covering vast areas and gradually splitting into two major (groups of) dialects, Eastern and Western.

The first attested Jewish Aramaic texts are from the Jewish military outpost in Elephantine, ca. 530 B.C.E. Other Jewish Aramaic texts are the Books of Ezra (ca. 4th century B.C.E.) and Daniel (165 B.C.E.). Starting around 250 C.E., Bible translations such as the Targums of Onkelos and Jonathan began to appear. The division into Eastern and Western Aramaic is most evident in the Palestinian (Yerushalmi) Talmud (Western, completed ca. 5th century C.E.; and Midrashim, ca. 5th-7th centuries C.E.) and the Babylonian Talmud (Eastern, finished ca. 8th century C.E.).

With the Islamic conquests, Aramaic was quickly superseded by Arabic. Except for some occasional bursts such as the Book of Zohar and other Kabbalistic literature (ca. the 12th cent), it almost ceased as a literary language, but remained as ritual and study language. It continued its life as a spoken language until our days by the Jews and Christians of Kurdistan (“Eastern”) and three villages (mostly Christians and some Muslims) in Syria (“Western”). Syriac-Aramaic is still used as a ritual language among many Near Eastern Christians.

The oldest literature in Jewish (and Christian) Neo-Aramaic is from ca. 1600 C.E. It includes mostly adaptations or translations of Jewish literature, such as Midrashim (homiletic literature), commentaries on the Bible, hymns (piyyutim), etc. Jewish Neo-Aramaic may be divided into three or four major groups of dialects, some mutually intelligible, and others not or hardly so. Also, in a few towns both Jews and Christians spoke Neo-Aramaic, but using distinct dialects. The Neo-Aramaic-speaking Jews emigrated to Israel in the early 1950s, and their language was superseded by Hebrew.

Aramaic is a close sister of Hebrew and is identified as a “Jewish” language, since it is the language of major Jewish texts (the Talmuds, Zohar, and many ritual recitations, such as the Kaddish). Aramaic has been until our present time a language of Talmudic debate in many traditional yeshivot (traditional Jewish schools), as many rabbinic texts are written in a mixture of Hebrew and Aramaic. Jewish Neo-Aramaic is both an “extension” of Jewish Babylonian Aramaic (as can be seen from its hundreds of reflexes in Jewish Neo-Aramaic), and a Neo-Jewish language.

The Hebrew loanwords were one of the major features that distinguished Jewish Neo-Aramaic dialects from their Christian counterparts, in addition to minor or quite major grammatical differences. Yet what may be a typical grammatical or lexical feature of a Jewish dialect in one place may be known elsewhere as a Christian feature.

Reprinted with permission from www.jewish-languages.org. 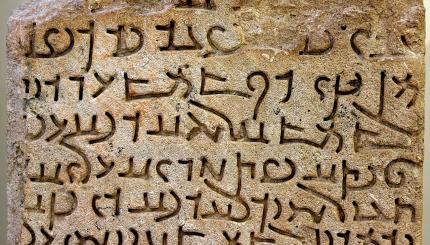 Nine Words That You Didn’t Know Come From Aramaic

You might be surprised to discover that you speak a few words of Aramaic and you didn't know it. 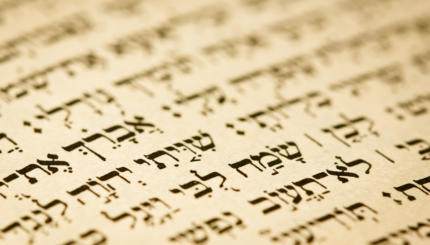