Published at the end of the second century CE, the Mishnah is an edited record of the complex body of material known as oral Torah that was transmitted in the aftermath of the destruction of the Second Temple in 70 CE.

Rabbi Judah the Patriarch, also known as Rabbi Judah the Prince and Yehudah HaNasi, undertook to collect and edit a study edition of these halachot (laws) in order that the learning not vanish.

Although the Temple had been destroyed 130 years prior to its publication, in the world described by the Mishnah the Temple still exists and the laws that governed it are expressed in the present tense. While the Talmud (the compendium of the Mishnah and the Gemara, which interprets and comments on the Mishnah) refers to the Bar Kochba rebellion and the defeat by the Romans, the Mishnah itself ignores the events of the Roman occupation of the land of Israel. In this way, the Mishnah is a document that describes a life of sanctification, in which the rituals of the Temple are adapted for communal participation in a world that has no Temple, which escapes the ups and downs of history.

This idyllic world of the Mishnah, however, is not a world of uniformity; far from it. Most passages in the Mishnah contain a dispute between different rabbinic sages. When does one begin the morning prayers? How does one treat produce that may or may not have had the priestly gifts separated from it? How does one constitute a Jewish marriage? What are the limitations of the liability of someone who watches another’s property? Can cheese and meat be on the same table? How much drawn water invalidates a ritual bath? On all of these issues and on thousands of similar issues, the Mishnah includes various opinions.

Code of Law vs. Study Book

This is because the Mishnah is not a code of Jewish law; it is a study book of law. As the Mishnah itself describes, in a rare self-reflective comment: Why are the opinions of the minority included with the opinions of the majority even though the law is not like them? So that a later court can examine their words and rely upon them? (Mishnah Eduyot 1:3). While one could determine law based upon the Mishnah, its intention was to train the sages in thinking through the legal issues that inform the halacha (Jewish law).

In editing the Mishnah, Rabbi Judah the Patriarch worked with a variety of materials. Some halachot (laws) of the Tannaim, the sages from the time of the Mishnah, had been transmitted to him organized around a particular sage, some around particular verses, and others according to certain formal characteristics. Signs of these pre-existing collections are still apparent in the Mishnah. On the other hand, it is also clear that Rabbi Judah was not simply a collector. He selected his sources from a larger pool of available material, and he modified his sources, combining and editing materials to facilitate memorization and to clarify the points of dispute between the different sages.

The Mishnah is divided into six orders; each order is divided into tractates; each tractate is divided into chapters, and each chapter has a number of halachot. This structure became the template for all subsequent Talmudic literature. The first document to follow the Mishnah’s structure was the Tosefta (supplement), which included many of the materials that Rabbi Judah left out. Collectively, the Tosefta, as well as materials in works of Midrash (biblical interpretation), and materials preserved orally until their appearance in the Talmud are called Baraitot (excluded materials). The terms Tosefta and Baraitot, which implicitly refer to the Mishnah, serve to emphasize the significance and centrality of the Mishnah in Jewish culture.

Together with the Mishnah, these texts make up what is known as Rabbinic Judaism. 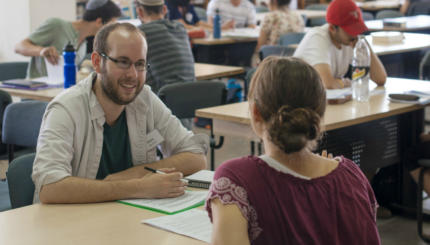 These two texts both shaped Rabbinic Judaism. But which came first?