Images of pomegranates are mainstays of Rosh Hashanah cards, Jewish jewelry and a range of Jewish ritual objects, and the fruit itself makes frequent appearances in Jewish cuisine. But what’s so Jewish about this ancient treat? Quite a lot!

1. The Pomegranate Is One of Israel’s “Seven Species.”

The pomegranate is one of the seven species of Israel (along with wheat, barley, grapes, figs, olives, and dates) listed in the Torah in Parashat Eikev (Deuteronomy 7:12-11:25).

In Jewish tradition, pomegranates are a symbol of fertility and love, winning them frequent mention in, among other biblical texts, the Song of Songs. For example (Song of Songs 4:3): “Your lips are like a crimson thread; your mouth is lovely. Your brow behind your veil [gleams] like a pomegranate split open.”

The decorative ornaments at the top of many Ashkenazi Torah scroll covers are often shaped like pomegranates and are called rimonim, the Hebrew word for pomegranate.

4. Pomegranates Are Part of the Sephardic Rosh Hashanah Seder.

5. A Pomegranate Is Often the “New Fruit” on the Second Night of Rosh Hashanah.

Many Jews use pomegranates on the second night of Rosh Hashanah, for the custom of saying a blessing over a “new fruit,” one that people have not eaten in a long time.

6. Pomegranate Seeds Are Associated With the 613 Mitzvot (Commandments).

The pomegranate is often said to have 613 seeds, corresponding to the 613 mitzvot (plural of mitzvah) derived from the Bible. While this is not actually true (the number of seeds in each pomegranate varies widely), some have theorized that this belief stems from a misinterpretation of a passage in the Gemara (Berachot 4), which concludes that even “the empty ones among the Jews are full of mitzvot like a pomegranate is [full of seeds.]”

7. Pomegranates Continue to Grow in Israel. 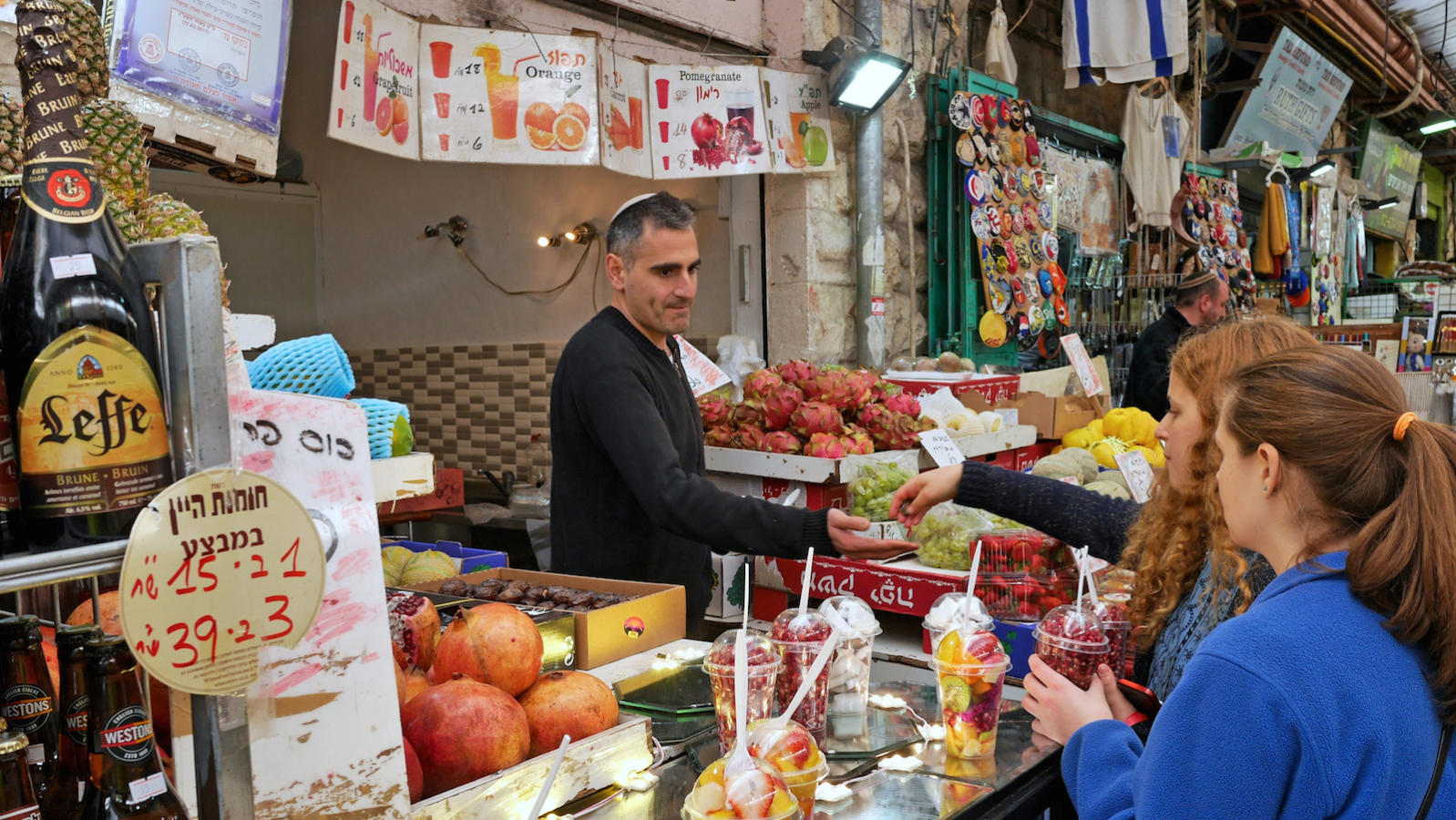 Pomegranates have been cultivated in Israel (and throughout the Middle East) for thousands of years, and they continue to grow there in abundance. When pomegranates are in season, fresh-squeezed pomegranate juice is available in kiosks throughout the country. According to the Israeli Agriculture International Portal,  Israel harvests approximately 60,000 tons of the fruit annually, of which about half are earmarked for export. 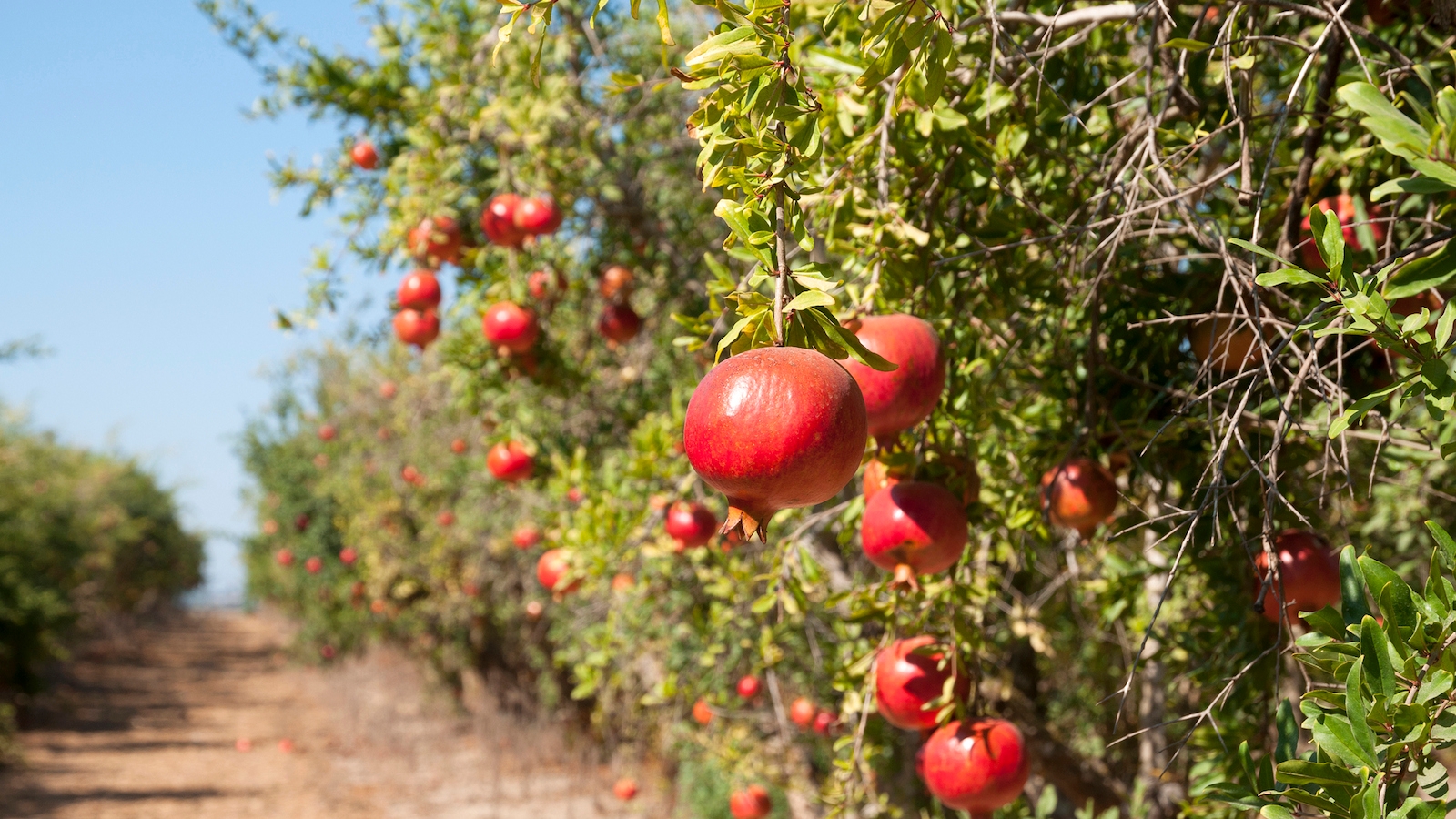 Pomegranates make frequent appearances in the Bible and Talmud, including:

An image of a pomegranate decorated some ancient Jewish coins, including a recently discovered one from the era of the Bar Kochba revolt (second century CE).

Beyond Apples and Honey: Symbolic Foods for Rosh Hashanah 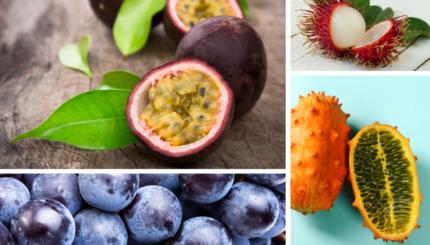 10 New Fruits to Try for a Sweet New Year

On the second day Rosh Hashanah, there is a fairly common tradition to enjoy a new fruit and make the shehechiyanu blessing over ...