More than many other Jewish holidays, the High Holidays take place in the synagogue. While most Jews associate Passover, Hanukkah and Shabbat primarily with home celebrations, Rosh Hashanah and Yom Kippur conjure up memories of hours spent in services.

But these synagogue-based holidays can be enhanced through home rituals that add meaning to the messages of the day. Here are some ideas, old and new, for bringing the lessons and themes of Rosh Hashanah into your home.

Sweet Foods, Like Honey Cake and Challah, for a Sweet Year

As with most Jewish holidays, food is the focus of home celebrations of Rosh Hashanah. Families and friends gather for extended meals, which include traditional foods such as apples and challah dipped in honey. Honey, a symbol of the wish for a sweet new year, also appears in other holiday foods, such as tayglach — a honey and nut pastry — and honey cake. Challah, normally braided, is baked round as a reminder of the never-ending cycle of life.

Like other festival and Shabbat meals, the Rosh Hashanah meal begins with Kiddush, the sanctification of the day over the wine. Both at dinner and at lunch, the Rosh Hashanah Kiddush includes a reference to the shofar, the most prominent symbol of the holiday.

In some families, it is traditional to serve the head of a fish or lamb (though meat substitutes would also do the trick for vegetarians) in the hope that everyone at the table will be at the “head” and not at the “tail” of whatever they do in the new year. You might add personal meaning to these rituals by asking everyone at the table to offer a wish for the new year as they dip the apple or challah in honey.

Why Jews Eat Pomegranates and Other “New Fruits” on Rosh Hashanah

On the second night of Rosh Hashanah, it is common to eat a new fruit– a fruit that participants have not tasted for a long time. This tradition has become a way to literally taste the newness of the year, by enjoying an unfamiliar food. Often, a pomegranate is used as the new fruit, as the pomegranate is said to have 613 seeds, corresponding to the 613 mitzvot (commandments). The pomegranate has also long been a symbol of fertility, and thus of the unlimited possibilities for the new year.

The tradition of eating a new fruit need not, however, be restricted to pomegranates. Instead, this ritual can be an excuse for scouting out the “exotic fruit” section of the produce department, or exploring fruit markets to find fruits that family members have not before tasted. (Interestingly, the custom developed as a technical solution to a legal difficulty surrounding the recitation of the Shechehiyanu blessing on the second day of the holiday. The blessing, usually recited to commemorate a new situation, is said on the second day of Rosh Hashanah both in honor of the day and the new fruit.)

A number of other food-based rituals can also enliven the home celebration of Rosh Hashanah. Sephardic communities (which trace their ancestry to Mediterranean lands) have developed a Rosh Hashanah seder, which revolves around the eating of symbolic foods and the recitation of prayers that transform these foods into wishes for the coming year.

Many of these prayers are based on Hebrew puns involving the food in question. For instance, the prayer before eating a date (tamar in Hebrew) includes the phrase “yitamu hataim”— may the wicked cease. Before eating pumpkin or squash (k’ra’a in Hebrew), Sephardic Jews say “yikaru l’fanekha z’khuyoteinu“– may our good deeds call out our merit before you. Alternatively, they might use the resemblance between the word k’ra’a (pumpkin) and the word kara (to cut or rip) to express the hope that any bad deeds will be ripped out of God’s book.

Other symbolic foods include leeks and onions, which are associated with the Exodus from Egypt; beets, whose Aramaic name silka, similar to the Hebrew salak (go away) is used to express the hope that our enemies disappear; and peas or beans, mentioned in the Talmud as ruviah, a word that sounds like the Hebrew “to increase,” and therefore indicates a desire for increased blessings in the new year. 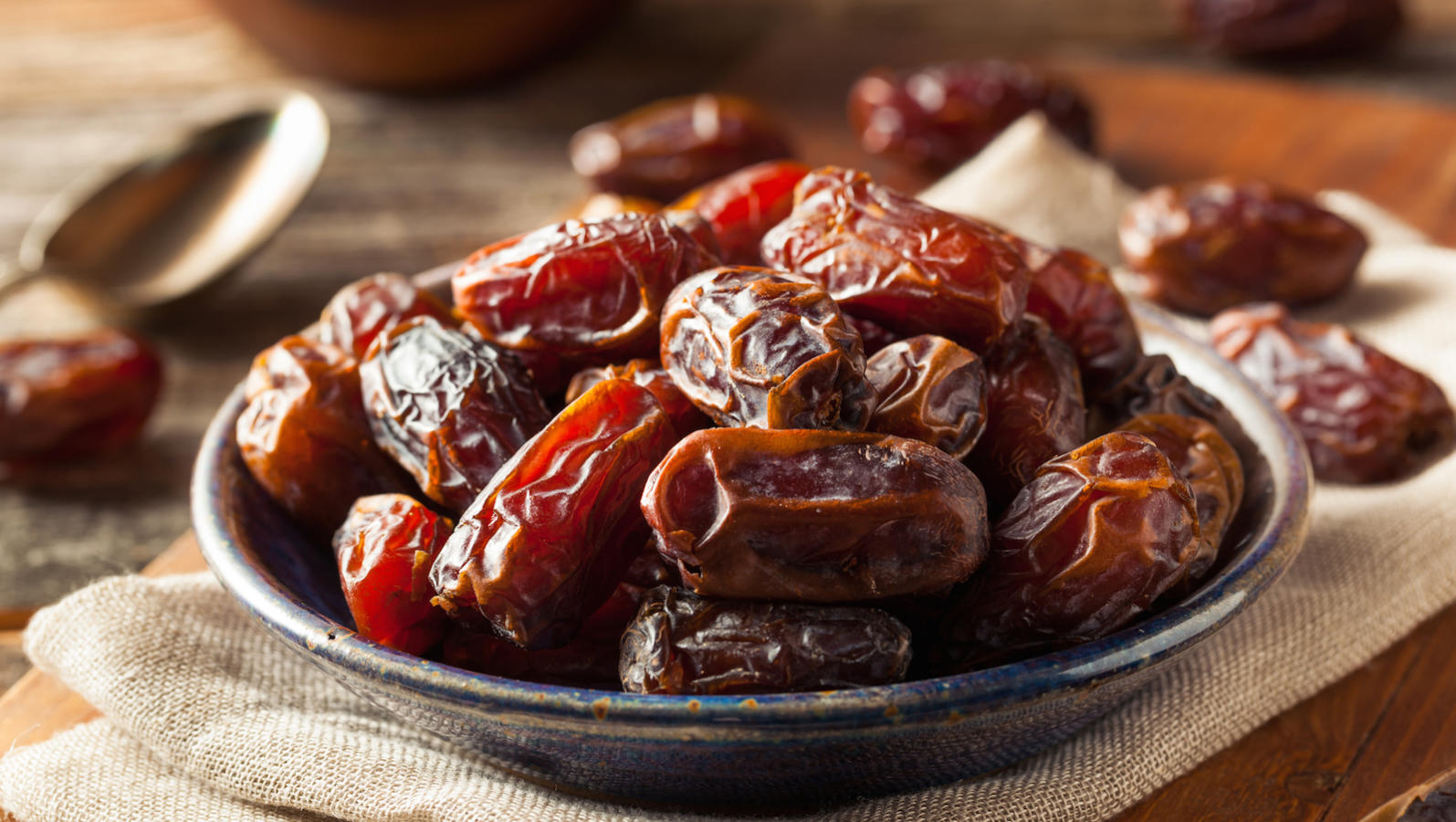 The foods eaten and puns used change from community to community, according to the types of vegetables available and the inherited traditions. In planning your own Rosh Hashanah menu, you can be creative in developing your own English puns. For instance, you might eat raisins to commit to raisin’ your expectations for the new year” or peas in the hope of increased peace. Your salad might be a chance to say, “Lettuce find happiness in the new year,” or “We will beet any obstacles that come our way.” Children can be involved in creating puns and devising a menu based on these newly symbolic foods.

Preparation for Rosh Hashanah, as well as the days between Rosh Hashanah and Yom Kippur, can also include discussions of the meaning of teshuvah (repentance) and family resolutions for the new year. This may be a time for siblings, parents and children to apologize to one another for incidents during the previous year and to make promises for the coming year. Children may also make up lists of classmates, friends, and family members to whom they wish to apologize, and adults may make similar lists of friends, co-workers, family members and others.

Many people have the custom of sending Rosh Hashanah cards to loved ones. Children can be involved in choosing or drawing these cards, and older children may also write personal messages in some of the cards. Children may also create their own cards for family members and for their own friends. In some families, it is traditional to take family pictures before each Rosh Hashanah. Comparing this picture to the picture from the previous year can serve as an opportunity to talk about what has changed over the course of the year.

The first day of Rosh Hashanah (or the second day if the holiday begins on Shabbat) includes the Tashlich ceremony, in which we symbolically toss away our sins by throwing bread crumbs into a body of running water. To make this ritual more concrete, you might help your children to make a list beforehand of the things they want to throw away. As part of Tashlich, you can throw this piece of paper in the trash (not in the water, where the paper will just be a pollutant.) You can also turn the preparation for Tashlich into an art project. Children can paint, with watercolors, what they wish to get rid of in the coming year. When you float the drawings in water, these unwanted habits will magically disappear.

To emphasize the newness of the year, you might try doing something new right before or after the holiday. For instance, you might learn a new game, visit a place you’ve never been, or try a new hobby. Many people buy new clothes for the holiday and wear these clothes for the first time on Rosh Hashanah. Enjoying a new experience or acquiring new knowledge can spark a conversation about what else new might happen in the coming year.

Rosh Hashanah can be an opportunity for reflecting on the year that has passed and setting goals for the year to come. Taking time for such reflection can make the themes of the holiday come alive for the entire family.

Want to learn more about the High Holidays? Sign up for a special High Holiday prep email series.

Pronounced: TAHSH-likh (short i), Origin: Hebrew, literally “cast away,” tashlich is a ceremony observed on the afternoon of the first day of Rosh Hashanah, in which sins are symbolically cast away into a natural body of water. The term and custom are derived from a verse in the Book of Micah (7:19).

Your glossary for the Jewish New Year.

Test your knowledge about the Jewish New Year!