Looking for Jewish Indian recipes? Click here, or scroll to the bottom of this article!

India is an Asian Earth Mother of great cultural and culinary diversity. Harbored among its millions for many centuries were three unusual Jewish communities, located in different regions of the country. I refer to the Baghdadi Jews of Calcutta, the Bene Israel of Bombay on the Konkan peninsula, and the so‑called Black Jews of Cochin in southwest India. These three groups developed their cuisines within the framework of Judaic laws in an essentially Sephardic system, independently of each other.

In early times, there was little knowledge of the existence of the Bene Israel and the Jews of Cochin throughout the rest of the world. Only later, during the 18th century, after the Jews of Bombay and Calcutta became established in their communities, was the word out that there were other Jews somewhere in India—isolated and even racially different but indisputably Jewish. 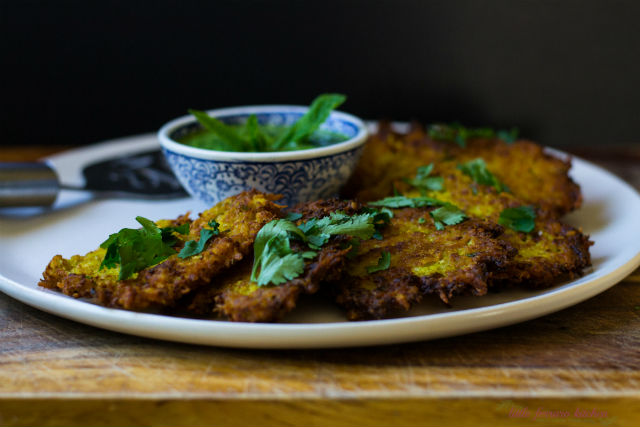 In about 1800, the universal pull of trade started the movement from Baghdad, in trickles then in concert, to Calcutta. From then on, all the establishments of a Jewish community were organized there: educational, cultural and civic—from schools to synagogues and the cemetery.

The Jews brought with them from Baghdad their preferences such as hameen, combinations with vegetables and meat, and the famous koobe (stuffed dumpling). What they discovered in India was an almost entirely new group of spices and herbs that the local population were using, such as turmeric, cuminseed, coriander, hot chili, fenugreek (hilbeh), cardamom, mustard seed, and fresh ginger. In addition, tropical vegetables of the pumpkin family; loobia, the long bean; the coconut; bitter melon; and many more growing in the luxurious soil and tropical climate. These were incorporated into their dishes from the “old country,” and the gradual evolution of a new style of cooking began.

I was fortunate to have worked in Calcutta during the mid-20th century, when there was still a substantial number of the Baghdadi Jews living there. By the time I arrived, the Calcutta Jews had their own cuisine firmly stabilized and familiar to the entire community. Some recipes were completely new inventions, while others were Jewish by adoption but came from Baghdad to India. What gave it continuity was its use of the Judaic dietary rules of kashrut [the laws of keeping kosher] and its identity with their way of life in a new home. 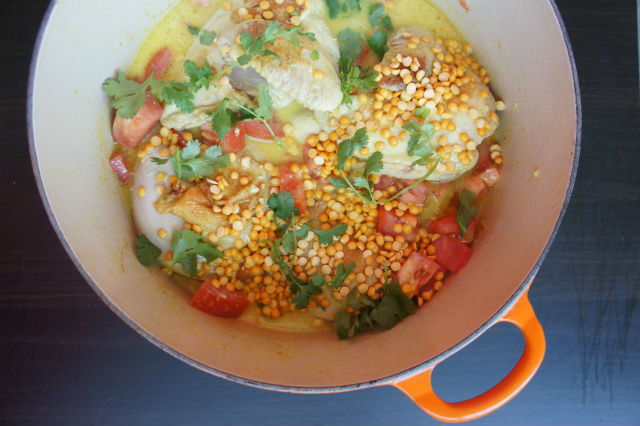 Bene Israel: The Jews of Bombay

The western coast of India, influenced by the monsoons and bathed in the warm waters of the Arabian Sea, is home to the Bene Israel, a unique Jewish community.

The Bene Israel claim their ancestors left Galilee (Palestine) in 175 B.C.E. Their ship was wrecked in the Indian Ocean. Seven men and seven women were cast ashore on the Konkan peninsula, a spit of land south of what is now Bombay—and survived. Isolated for centuries, their descendants adopted the customs, names, dress, and foods of their Hindu neighbors. Their language then and now is Marathi.

They were oil pressers and agriculturalists in their villages. Their presence and origins were not known to the outside world, and for many years they apparently remained unaware of other groups of Jews in India. But by the middle of the 18th century they had contact with the Cochin Jews in the southwest and the Baghdadis who had come from Iraq and settled in Bombay.

All during their history, starting with the shipwreck, they clung to some fundamentals of Jewish tradition: the dietary laws, the Sabbath and holidays such as Rosh Hashanah, Yom Kippur, and Simchat Torah, among others.

Another theory of their origin is that they were an offshoot of the Yemenites, and we know they had been in touch with Jewish settlements in Yemen. The Yemenites themselves have documented the information that their men were familiar with the Jews of India (Bene Israel and Cochin) and traveled there to obtain Jewish wives.

Bombay, the Indian metropolis in western India, was acquired by the British East India Company in 1661 and was a magnet for trade. The Bene Israel moved from their villages in the Konkan region and established a permanent Jewish settlement in Bombay about 1750. It was at that time that they were able to return to traditional Judaism and fill in the gaps lost in their isolation. In addition to established educational and cultural institutions, they erected six synagogues.

In 1947, at the height of the community’s existence in Bombay, there were about 24,000 souls. Reduced to about 13,000 in 1969, the population has now declined to a small fraction of that number due to their emigration to Israel and England.

The cookery is characterized by the cooking of the Maharashtra people around them, the use of spices, the system of assembling the curries, the dietary laws, and customs of the original shipwrecked Bene Israel, who adopted the world around them and fitted it into a Judaic mold.

Coconut milk, hot chili, cardamom, cinnamon, turmeric, ginger, cumin, coriander and garam masala are standard flavorings that are a hallmark of the cooking. They are, in fact, India’s.

Preparing for Passover, condiments are freshly ground in a general house cleaning. Matzah is baked for prayer rather than as a substitute for bread. Rice is not forbidden as it is in the Ashkenazi tradition. Familiar Judaic rituals and activities are no different from those of other Jewish communities of India. One year I celebrated Passover with a family who were reading the Haggadah translated into Marathi, while others at the seder table read passages in Hebrew and English. 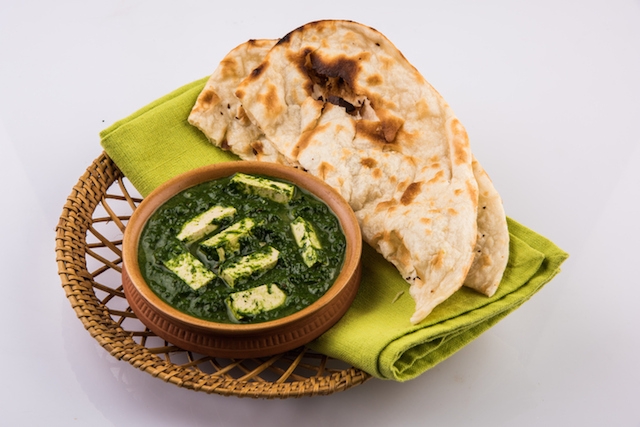 The Black Jews of Cochin are one of the three Jewish groups in that southwest city of India on the Arabian Sea. The other two are the so‑called White Jews and the manumitted or freed slaves. The Black and White Jews worshiped in different synagogues, the Whites in their famed old Paradesi synagogue. But it is the Black Jews that we are concerned with here.

Legend, hearsay, and community stories form an historical background to the origin of the Black Jews. Benjamin of Tudela, that peripatetic Spanish traveler (1170 C.E.), indicated that there were about 1,000 Jews in Cochin in his time. Other references attest to the antiquity of the Black Jews’ presence there.

The Portuguese and Dutch rule of the region from the sixteenth to the eighteenth century contributed to the establishment of Mattancheri, the Jewish quarter in Cochin, known today as it was then as Jew Town. This was not a ghetto but the part of town where the Jews gathered. There was no disparagement attached to the name.

The Jews of Cochin speak Malayalam, the Indian language of the region, and are engaged in trade and crafts. For instance, some years ago during one of my trips to Cochin, I met a Black Jewess called Zipporah, who sold bananas and eggs for a living.

The Jews of Cochin lived in a joint family system. It was conceived for the protection of the very young and very old, as in conservative Hindu families. There is a feeling of the caste system in their manner of doing this. My host said that his large family lived in one compound. The old grandmother held the money and distributed funds to family members when it was needed. There was no secrecy nor was advantage taken by any one member to obtain more money than was genuinely needed.

The dark skin and general physiognomy of the South Indians are also characteristic of the Jews of the region. “We are not bothered about our color,” one of the Jews said to me, since they identify with the Judaic way of life, not their appearance.

The cookery of the Black Jews (and that of the White Jews) is that of the Indians around them, except that the rules of meat and dairy dishes are observed and family differences and customs influence the seasonings.

The cooking is spicy with the emphasis on ginger, coriander, mustard seed, fresh and dry hot chili, fenugreek, cardamom and the ever‑present curry leaves. Since little meat or poultry is eaten in the intense heat and humidity of the climate, the food could almost be considered vegetarian. Yoghurt is a popular and common food.

Some Indian Jewish Recipes We Recommend: 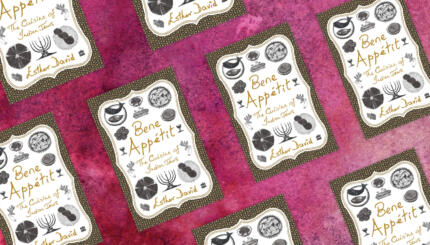