The Eight Genders in the Talmud

In the last few decades, there has been an explosion of trans and queer Jewish thinkers writing about gender and sexuality in the Torah. Studying Torah can be a powerful way for these Jews to connect to Jewish tradition and resist discrimination in the Jewish community. In this article, we explore one aspect of those conversations — the way that queer and trans Jews have found images of themselves in Jewish texts.

Most trans and queer Jews have heard the Torah used to justify homophobia — and with good reason. The most challenging verse, in this regard, is Leviticus 18:22:

“Do not lie with a male as one lies with a woman; it is an abhorrence.”

Another verse that bears heavily on this discussion is Deuteronomy 22:5:

“A woman must not put on man’s apparel, nor shall a man wear women’s clothing; for whoever does these things is abhorrent to the Lord your God.”

In many Orthodox communities, LGBTQ people are excluded or kept in the closet based on these biblical laws that are understood to ban homosexual sex and crossdressing. A vocal minority of rabbis in the Conservative movement also holds that, due to biblical prohibitions on homosexuality, LGBTQ people shouldn’t be allowed to marry or be ordained as rabbis.

As with nearly all Jewish texts, there is no single interpretation of these verses that is accepted. For instance, many queer scholars have reinterpreted Leviticus 18:22 as a ban on homosexual rape rather than a blanket ban on consensual, queer intimacy. And because Joseph Caro writes in the Shulchan Aruch that men may dress as women and vice versa for joyful purposes (like Purim), many trans and nonbinary interpreters have understood Deuteronomy 22:5 as restricting only dress that is meant to deceive or harm others. In other words, in this reading, dressing to affirm one’s gender is not considered a deception and therefore permitted because it is about joy and authenticity.

Another way LGBTQ Jews frequently approach Torah study is by searching for glimmers of representation in the text. There are only a handful of biblical and rabbinic texts that explicitly mention queer people. Yet, many stories in the Jewish canon have been read by LGBTQ people as hinting at queer or trans themes. Searching for hints of queerness under the surface of traditional texts is an important way that trans and queer Jews make personal connections to holy texts. This article explores a few examples.

The singular intimate friendship between the future king, David, and the reigning King Saul’s son, Jonathan, has often been read by queer thinkers as a romantic love story. Saul was the first king of Israel and not a great one, so God chose David over Saul’s son Jonathan to be the next king. In the Book of Samuel, Saul tries desperately to keep his kingdom from falling into David’s hands. But Jonathan, the son who will never be king, chooses his love for David over family ties.

The affection between David and Jonathan is nearly instantaneous, as we learn that Jonathan is overcome with emotion on first meeting David, an encounter that Yaron Peleg describes as “love at first sight.” The Hebrew term for love, ahavah, that repeatedly describes their bond is one commonly used to depict romantic love. In short order, David and Jonathan make a lifelong covenant, described by the text in this way:

When (David) finished speaking with Saul, Jonathan’s soul became bound up with the soul of David; Jonathan loved David as himself.

The covenantal language shared between David and Jonathan is characteristic of many Near Eastern political pacts and could be understood in a variety of ways, but this doesn’t prevent many interpreters from seeing repeated homoerotic undertones in this language.

Furthermore, David’s lament following Jonathan’s death, in which he describes Jonathan’s affection as even more wonderful than the love of women, is often read as homoerotic:

I grieve for you,

You were most dear to me.

Your love was wonderful to me

More than the love of women.

Activist and writer Rabbi Abby Stein frequently begins her lectures on gender in Judaism by pointing out that Adam, the first human, was, according to Jewish tradition, born with both male and female attributes:

And God created humankind in the divine image,

creating it in the image of God —

creating them male and female.

Said Rabbi Yirmiyah ben Elazar: In the hour when the Holy One created the first human, He created him as an androgyne, as it is said, “male and female He created them.”

Said Rabbi Shmuel bar Nachmani: In the hour when the Holy One created the first human, He created for him a double-face, and sawed him and made him backs, a back here and a back here.

According to Rabbi Elliot Kukla, this midrash teaches us that “our tradition teaches that all bodies and genders are created in God’s image, whether we identify as men, women, intersex, or something else.”

The book of Ruth, read every year on Shavuot, recounts a story of love, loyalty and family. When Ruth’s husband dies suddenly, her mother-in-law Naomi expects never to see Ruth again. Ruth refuses to part ways, expressing her love for Naomi, and the two of them become bound for life. Ruth’s words at this moment are well known and loved in the Jewish tradition:

Do not urge me to leave you, to turn back and not follow you. For wherever you go, I will go; wherever you lodge, I will lodge; your people shall be my people, and your God my God.

There are hints throughout the Book of Ruth about the pair’s devotion. For instance, the phrase “Ruth clung to Naomi” uses a Hebrew root (דבק) that appears throughout the Tanakh in reference to sexual intimacy.

At the end of the story, Ruth becomes pregnant with the child of Boaz. Notably, Naomi continues to live with Ruth and becomes a second mother to the child. This unusual family structure, headed by two women, is unique in the Tanakh. Many queer readers have seen this a fitting example of “chosen family” — non-traditional home-making built on love rather than societal norms.

Another figure in the Bible who is often read as defying norms of gender and sexuality is Jacob’s favorite son, Joseph. In Genesis, Joseph’s brothers are so jealous of their father’s love for him that they kidnap him and sell him into Egypt, telling their father that he is dead. In Egypt, Joseph rises from slave to chief advisor to the Pharaoh. He is in this exalted position when, years later, a famine forces the brothers to head to Egypt to seek food. This leads to a reconciliation and, ultimately, the whole family resettles in Egypt.

The symbol of Jacob’s love for Joseph, which surpassed his love for his other sons, is the ketonet pasim, the infamous coat of many colors. This kind of fancy tunic appears only one other time in the Bible as a feminine garment worn by David’s daughter Tamar:

She was wearing an ornamented tunic (ketonet pasim) for maiden princesses were customarily dressed in such garments. His attendant took her outside and barred the door after her.

Joseph acted like a teenage girl, worrying about the appearance of his hair and touching up his eyes so that he would look attractive.

Here, Joseph’s beauty is gendered female. A later midrash even describes Joseph and his sister, Dinah, as having their genders “switched in the womb.”

Throughout the Mishnah and Talmud, six (or, some say eight) categories describe the diversity of people’s sex characteristics.

Rather than assuming that we can neatly separate people into the categories of male and female, Jewish tradition recognizes a wide range of human sex characteristics. The Intersex Society of North America reports that one out of every 1,000-2,000 infants are born intersex, with physical traits that can’t be easily classified as male or female. Other people find at the start of puberty that they have ambiguous hormonal or chromosomal status. As we can learn from the Talmud, intersex is nothing new, and the six sexes of the Talmud symbolize the expansive range of sex characteristics that have always existed.

Because the six sexes in the Talmud exist outside of a strict gender binary, they have been a source of inspiration for many trans and non-binary Jews. For instance, artist Micah Bizant writes about their identity as a trans Jew in the zine Tim Tum and suggests using this term to refer to Jewish genderqueers.

The rabbis of the Talmud revered Torah study above almost anything else, and their preferred method to learn the sacred text was in havruta — with a study partner. A havruta had to be someone who was a good personal and intellectual match, someone you could trust to support your learning and who would not be afraid to tell you when you were wrong. Havruta partnerships were intimate, and had all the affection and fraughtness of other close relationships.

Throughout the Talmud, the practice of learning in havruta pairs occasionally takes on homoerotic undertones (or overtones — see the Jerusalem Talmud, Sanhedrin 6:3:7). In Avot D’Rabbi Natan, commenting on Pirkei Avot, a havruta is described as in this way:

“While one’s wife is necessary for rearing a family, it is the same sex bond between study partners (havruta) which was, for the rabbis, their most significant relationship.”

The clearest example of this intense intimacy is the relationship between Rabbi Yohanan and Reish Lakish. The latter had a checkered past until one day, the robber and soldier (Reish Lakish) views the beautiful Rabbi Yohanan bathing. Here’s how the Talmud tells what happened next:

One day, Rabbi Yohanan was bathing in the Jordan River. Reish Lakish saw him and jumped into the Jordan, pursuing him.

Rabbi Yohanan said to Reish Lakish: Your strength is fit for Torah study.

Reish Lakish said to him: Your beauty is fit for women.

Rabbi Yohanan said to him: If you return to the pursuit of Torah, I will give you my sister in marriage, who is more beautiful than I am.

Reish Lakish gives up his violent profession in order to become Rabbi Yohanan’s intellectual sparring partner. Daniel Boyarin suggests that the homoerotic tones in the story — Reish Lakish is, after all, drawn to Rabbi Yohanan when he is bathing — challenge Roman norms of hyper masculinity. Many other Jewish thinkers have read this story as one of gay intimacy and devotion. Upon Reish Lakish’s death, Rabbi Yohanan is inconsolable. Unable to find a havruta to replace Reish Lakish, he “cried out until his mind slipped.” He died of a broken heart.

Jewish tradition holds that there are “70 faces of Torah” — myriad ways to interpret sacred texts. This fascination with the multiplicity of meanings embedded in the tradition has been an engine for Jewish engagement, continuity, tradition and innovation. For many queer and trans Jews, these ancient and new readings of Adam, Joseph, Naomi and Ruth, Rabbi Yohanan and Reish Lakish stand in that tradition of turning the Torah over and over in order to find everything — including LGBTQ representation — within it. 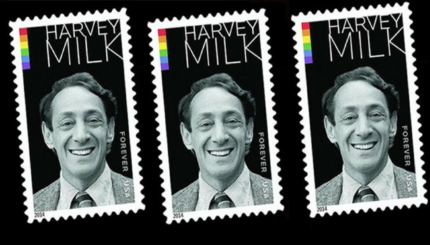 How much do you know about LGBTQ Jewish history?