Purim, or the Feast of Lots, is a joyous holiday that recounts the saving of the Jews from a threatened massacre during the Persian period (539-330 BCE). The story of Purim is recounted in the Book of Esther, whose eponymous heroine plays the leading role in saving her people. The holiday is traditionally celebrated with wild abandon and with the giving of gifts to friends and the poor.

While the origins of Purim appear clear from the Book of Esther, historians have looked in vain for any sort of extra-biblical corroboration of the events of the story. Be that as it may, it is a tale that purports to take place during a time when many Jews were living in Persia. A young Jewish woman, Esther, rises to be Queen of Persia under the tutelage of her guardian Mordecai. All, however, is not right. The Jews have enemies, and a certain Haman, the grand vizier, plots the Jews’ destruction. Even though Esther has hidden her Jewish identity from all, Mordecai prevails on her to risk her life by revealing her true identity to the king. She does this and denounces the evil Haman’s plot. At the end of the story, the Jews are able to turn the tables on their enemies, who are then punished in place of the intended victims. This story is one of the most beloved in the Jewish community, because of the hope that it gives a minority living in an oftentimes hostile majority culture.

In Masekhet Megillah (scroll), the Talmudic tractate devoted to Purim observances, Rabbi Akiva declares the Book of Esther to be divinely inspired. Some commentators believe this eventually led to the inclusion of Esther in the Hebrew Bible, despite the omission of God from the book. The Greek versions of Esther contain a number of additions–including God’s name–not found in the Hebrew story. 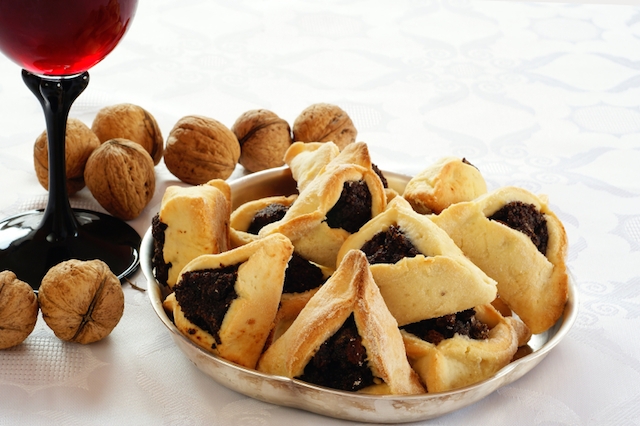 In distinction to various other holidays, such as Pesach (Passover), Purim is the quintessential community holiday. Nonetheless, there are a number of activities that are centered in the home. One of the favorite activities in preparation for the holiday is the baking of hamantaschen, the triangular filled pastries that are the traditional food at Purim time. In addition, following the commandment to give gifts to friends and the poor, the preparation of so-called mishloah manot baskets is a fun activity to engage in, as is their distribution on the holiday. The centerpiece of Purim’s home celebration is the seudah, a festive meal accompanied by alcoholic beverages.

Celebrating Purim in the Community

Purim is a community holiday of joyful celebration. The centerpiece of the communal celebration is the reading of the Scroll of Esther, the Megillah, in the synagogue. This is a raucous affair, with whoops, hollers, and noise being made every time that Haman’s name is mentioned, so no one can hear the name of this horrible evildoer. Another tradition is the Purim shpiel, the Purim play, during which fun is poked at community leaders and members. Purim has often been called the Jewish carnival, and dressing in costume and taking part in a Purim carnival heighten the levity of the day, on which one is encouraged to engage in activities that at other times of the year would be somewhat more restricted in scope, such as drinking. 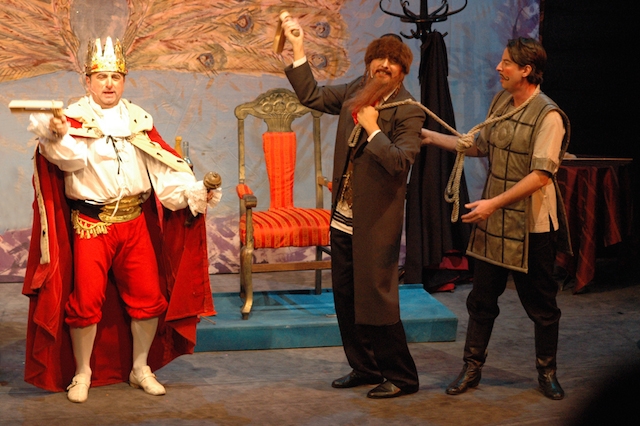 The overriding theme of Purim is the saving of the Jews from a mortal threat. Even though God is not mentioned at all in the Book of Esther, from a Jewish perspective, God is the one who is pulling the strings of redemption behind the scenes. The holiday of Purim has become one of the best-loved holidays of the Jewish year. The reasons for this are easy to see. It is a joyous holiday on which everyone just lets go. Most significant, however, is the paradigmatic nature of the story of Purim. It is not difficult to see how a story in which a small and threatened Jewish community in exile is able to triumph over its foes would prove to be a powerful image for a Diaspora community faced over the centuries with threats from many different sources. The story of Purim, however, holds out the hope that no matter how bad the circumstances, things will turn out well in the end.

Holiness inheres in the community.