The Sanctity Of Elemental Relationships

In the beginning of this portion, the Torah notes that the following laws were given “after the death of Aaron’s two sons.” Then the Yom Kippur service is described, including ritual purifications and the sending of the “scapegoat” into the wilderness. Rules are given for separating meat from its blood, and other dietary laws. Finally, there is a list of forbidden sexual relationships, given in the context of a general prohibition against following the practices of other nations.

This whole section of the Torah is called the arayot, literally the “nakednesses” (if that’s a word). It is a list of sexual relationships forbidden to Israelite men, including various forms of incest, bestiality, and, apparently, homosexual relationships.

This verse is one of the most problematic in the entire Torah; its meaning seems to be quite obvious, and yet it is extremely difficult for many Jews to take at face value. Could the Torah — which has at its core the message that Israel must not despise or abuse the weak, helpless, or outnumbered in its midst — really be declaring that loving relationships between two consenting adults is abhorrent, even worthy of the death penalty? (Cf. Leviticus 20:13, a repetition and strengthening of this prohibition.)

It makes no sense from an ethical perspective: A central purpose of ethics is to regulate and make fair differentials in power and privilege. To put it another way, ethics is about keeping everybody from taking advantage of one another. Thus, mutually consenting relationships between equals would seem to present no ethical problem.

Many people of a traditional religious perspective see these verses as establishing the primacy of heterosexual relationships — for them, the ethical message is one of preserving “traditional” — i.e., heterosexual — families. The claim is often made that validating gay or lesbian relationships would undermine such families and give people the “option” of choosing nontraditional lives. Yet the children of gay and lesbian families turn out to be gay at roughly the same rate as everybody else — so this theory would seem to have little credence.

It seems, rather, that some people are naturally attracted to same-gender relationships, and find in them all the emotional and personal fulfillment that any heterosexual couple might hope for.

Let’s assume further that a good and loving God would not create certain people to face the awful choice between permanent loneliness and loyalty to Torah — I cannot accept that the God of Israel’s Redemption would not love all those who are created in God’s Image.

So how then do we interpret, or re-interpret, these verses, which apparently deny gay and lesbian Jews even the possibility of affirmation? Dr. Avi Rose, a psychologist and Jewish educator (and sometimes Kolel faculty), reviews current thinking about the historical context of this verse in a lovely and moving essay in the anthology ReCREATIONS.

Dr. Rose notes, for example, that the prohibitions on homosexuality occur in the context of rules forbidding Israelites from copying the religious practices of other nations. Furthermore, he quotes scholars who show that other ancient nations did, in fact, engage in rituals with temple prostitutes “of both genders.” The word for “abhorrent act,” to’evah, may be specifically related to non-Israelite religious practice.

Another possibility is that the Torah is specifically forbidding relationships between grown men and boys. This would make more sense as an ethical rule, given that children can never be considered truly consenting in sexual relationships.

What seems clear to me is that this text in Leviticus could not have been prohibiting long-term, loving, open, committed relationships between people of the same genders — because such relationships were probably inconceivable to the Torah’s human editors. Instead, the Torah seems to be talking about sex in the context of non-Israelite religious practices, or abusive uses of power, or some kind of sexual contact outside established, consensual relationships.

In other words, the Torah is probably prohibiting the kind of sexual behaviors a contemporary Jewish ethic might posit as problematic for any religious and ethically sensitive Jew, gay or straight. By looking at both historical context and making plain our theological assumptions, one may thus find the seeds of ethical guidance and holiness of deed in even the most difficult and controversial passage.

When Leaders Have Moral Failings

The commandment to the priests to purify themselves of sin before God reminds us to hold our leaders accountable to act ethically. 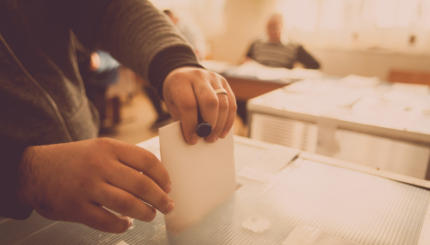 While it's easy to complain about poor leadership, Parashat Mishpatim challenges us to critique from a committed, engaged perspective.