We often describe legal rulings as “stringent” or “lenient.” These terms are peppered throughout our halakhic texts, from the Talmud to modern discourse. And we have often seen rabbis who consistently favor lenient or stringent rulings (like Hillel and Shammai). But we’ve also seen it get more complicated.

Today’s daf introduces a new mishnah, describing two adjacent roofs, one smaller than the other, surrounded by a fence. From the air, it looks like this: 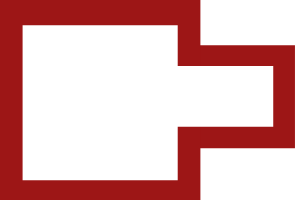 According to the mishnah, it is forbidden for the owners of the smaller home to carry objects up onto their roof on Shabbat but it is permitted for the owners of the larger space to do so. The reason is that the larger roof is essentially surrounded by almost four full walls except for a small opening to the smaller roof. However, the smaller roof is surrounded by only three walls with one side completely open to a different domain.

The sages learn from this mishnah that when two areas adjoin like this, the larger area “dominates” the smaller one. That is, the larger area is its own space, but the smaller area is not. The Talmud then applies this principle to numerous cases beyond eruv. For example, the Torah stipulates that one may not plant more than one crop in any field — this forbidden mixing is called kilayim. If we have two adjoined courtyards of different sizes and the larger courtyard has one kind of crop, it is forbidden to plant another crop in the smaller one even if the plants are separated by the necessary distance of four cubits, because the smaller courtyard isn’t really considered an independent space. Many other analogous cases are brought.

And then, Abaye questions the whole principle:

Abaye said to them: If so, we have found a partition that causes prohibition.

What’s going on here? Abaye holds a general assumption that partitions, like the eruv, like the fence around these two roofs, are built for the purposes of creating added permissions — in the case of the eruv, permission to carry. And yet, in this case, the eruv is creating prohibitions which would otherwise be non-existent (namely, carrying on the small roof on Shabbat).

Abaye assumes that a partition serves only one purpose — to create leniency. But he is mistaken. Halakhah does not aim to be lenient or stringent; it is a code of law made up of principles, many of which create both leniencies and stringencies.

On our daf, Abaye views partitions as a tool used exclusively to create leniencies, leading him to question several existing laws. But this assumption turns out to be an error. Instead, the Gemara teaches, legal principles should be followed to their natural conclusion, whether lenient or stringent.

Read all of Eruvin 92 on Sefaria.

This piece originally appeared in a My Jewish Learning Daf Yomi email newsletter sent on November 9th, 2020. If you are interested in receiving the newsletter, sign up here.

The power of stories.

All about that well.