The Soul of a Fetus

An unborn fetus in Jewish law is not considered a person (Heb. nefesh, lit. “soul”) until it has been born. The fetus is regarded as a part of the mother’s body and not a separate being until it begins to egress from the womb during parturition (childbirth). In fact, until forty days after conception, the fertilized egg is considered as “mere fluid.” These facts form the basis for the Jewish legal view on abortion. Biblical, talmudic, and rabbinic support for these statements will now be presented.

Intentional abortion is not mentioned directly in the Bible, but a case of accidental abortion is discussed in Exodus 21:22‑23, where Scripture states: “When men fight and one of them pushes a pregnant woman and a miscarriage results, but no other misfortune ensues, the one responsible shall be fined as the woman’s husband may exact from him, the payment to be based on judges’ reckoning. But if other misfortune ensues, the penalty shall be life for life.”

The famous medieval biblical commentator Solomon ben Isaac, known as Rashi, interprets “no other misfortune” to mean no fatal injury to the woman following her miscarriage. In that case, the attacker pays only financial compensation for having unintentionally caused the miscarriage, no differently than if he had accidentally injured the woman elsewhere on her body. Most other Jewish Bible commentators, including Moses Nachmanides (Ramban), Abraham Ibn Ezra, Meir Leib ben Yechiel Michael (Malbim), Baruch Malawi Epstein (Torah Temimah), Samson Raphael Hirsch, Joseph Hertz, and others, agree with Rashi’s interpretation. We can thus conclude that when the mother is otherwise unharmed following trauma to her abdomen during which the fetus is lost, the only rabbinic concern is to have the one responsible pay damages to the woman and her husband for the loss of the fetus. None of the rabbis raise the possibility of involuntary manslaughter being involved because the unborn fetus is not legally a person and, therefore, there is no question of murder involved when a fetus is aborted.

Based upon this biblical statement. Moses Maimonides asserts as follows: “If one assaults a woman, even unintentionally, and her child is born prematurely, he must pay the value of the child to the husband and the compensation for injury and pain to the woman.” Maimonides continues with statements regarding how these compensations are computed. A similar declaration is found in Joseph Karo’s legal code Shulkhan Aruch. No concern is expressed by either Maimonides or Karo regarding the status of the miscarried fetus. It is part of the mother and belongs jointly to her and her husband, and thus damages must be paid for its premature death. However, the one who was responsible is not culpable for murder, since the unborn fetus is not considered a person.

Murder in Jewish law is based upon Exodus 21:12, where it is written: “He that smiteth a man so that he dieth shall surely be put to death.” The word “man” is interpreted by the sages to mean a man but not a fetus. Thus, the destruction of an unborn fetus is not considered murder.

Another pertinent scriptural passage is Leviticus 24:17, where it states: “And he that smiteth any person mortally shall surely be put to death.” However, an unborn fetus is not considered a person or nefesh and, therefore, its destruction does not incur the death penalty.

Turning to talmudic sources, the Mishnah asserts the following: “If a woman is having difficulty in giving birth [and her life is in danger], one cuts up the fetus within her womb and extracts it limb by limb, because her life takes precedence over that of the fetus. But if the greater part was already born, one may not touch it, for one may not set aside one person’s life for that of another.”

Rabbi Yom Tov Lippman Heller, known as Tosafot Yom Tov, in his commentary on this passage in the Mishnah, explains that the fetus is not considered a nefesh until it has egressed into the air of the world and, therefore, one is permitted to destroy it to save the mother’s life. Similar reasoning is found in Rashi’s commentary on the talmudic discussion of this mishnaic passage, where Rashi states that as long as the child has not come out into the world, it is not called a living being, i.e., nefesh. Once the head of the child has come out, the child may not be harmed because it is considered as fully born, and one life may not be taken to save another.

The Mishnah elsewhere states: “If a pregnant woman is taken out to be executed, one does not wait for her to give birth; but if her pains of parturition have already begun [lit. she has already sat on the birth stool], one waits for her until she gives birth.” One does not delay the execution of the mother in order to save the life of the fetus because the fetus is not yet a person (Heb. nefesh), and judgments in Judaism must be promptly implemented. The Talmud also explains that the embryo is part of the mother’s body and has no identity of its own, since it is dependent for its life upon the body of the woman. However, as soon as it starts to move from the womb, it is considered an autonomous being (nefesh) and thus unaffected by the mother’s state. This concept of the embryo being considered part of the mother and not a separate being recurs throughout the Talmud and rabbinic writings.

Reprinted with permission from Biomedical Ethics and Jewish Law, published by KTAV.

The Morning After Pill and Judaism 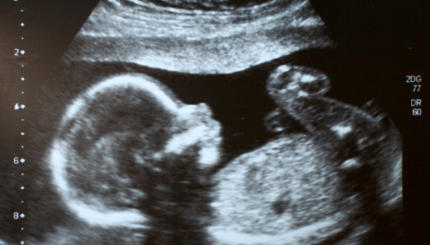 According to Jewish law, human life begins at birth, not conception.