What’s the Best Way to Teach Jewish Texts to Adults?

Question: If a Jew goes to court in America, does he/she swear on their Bible or does he/she affirm on something else?
–Harris, Texas
Answer: Well, Harris, I promise to tell the truth, the whole truth, and nothing but the truth in this answer.

The exact procedure for being sworn in varies from state to state, and even from courtroom to courtroom. However, no one in this country has to swear on a Bible at all. Atheists, for instance, don’t swear on a Bible. (What would be the point of that?) Generally, those who do swear on a Bible swear on a copy of the Christian Bible (i.e. Old and New Testaments together).

According to Joel Teibloom, a lawyer with the Flamm, Teibloom & Stanko firm in Chicago, in Illinois courtrooms when a witness is called she’s asked, “Do you solemnly swear or affirm that the testimony you are about to give is the truth, the whole truth, and nothing but the truth?” No Bible or other prop is used. Sometimes the question is prefaced with, “Under penalty of perjury…” and other times “so help you God” is added to the end. Similarly, in your home state of Texas, those who do not want to swear on the Bible can have their oath administered by the court “on pain of perjury.”

On the federal level, the Federal Rules of Evidence state that before a witness testifies, an oath must be administered “in a form calculated to awaken the witness’ conscience and impress the witness’ mind with the duty to do so.” As a result, the policy is that if swearing on the New Testament won’t awaken your conscience, the Tanakh will do just fine. If you don’t believe in God, you can go holy-book-free.

This is a big improvement over the way Jews were treated in some Christian and Byzantine courts starting in the 10th century. According to the Jewish Encyclopedia, Byzantine law demanded that a Jew have “a girdle of thorns around his loins, stand in water, and swear by ”Barase Baraa’ (Bereshit Bara), so that if he speaks untruth the earth may swallow him as it did Dathan and Abiram.” Similarly humiliating practices were enacted in Arles in the 10th century, in Augsburg in the 13th century, and in Verbo in the 15th century. These denigrating oaths were called Oaths More Judaico and were still being practiced in some parts of Europe as late as the early 20th century.

Happily, in America, we do not have this kind of problem. You may remember that a few years ago there was a major brouhaha over Rep. Keith Ellison’s (D-MN) desire to be sworn into office on the Koran. Ultimately, he was sworn in on the Koran, which is in line with Jews who have been sworn into public office on Hebrew Bibles and siddurim (Jewish prayer books) for years (e.g. Rep. Debbie Wasserman Schultz, D-FL, Hawaii Gov. Linda Lingle, and former Vermont Gov. Madeleine Kunin). All of this is perfectly legal.

Jewish law also recognized the need for oaths when in front of a beit din (rabbinic court), but the procedure for swearing in witnesses was quite different. During the time of the Sanhedrin, the method deemed most effective was solemnly reminding the witness of the sin of lying, and particularly of bearing false witness. In criminal cases, witnesses were reminded that if their testimony was proved false they would receive the same punishment that the defendant would have received on the basis of their testimony. In contemporary Jewish courts witnesses are not sworn in, but are obligated by Jewish law to tell the truth.

Jews (and Christians, too) are obligated by the Ten Commandments not to bear false witness against their neighbors. This obligation holds at all times, so while it may be helpful to have a reminder to take it seriously when testifying in a trials, the taking of an oath is a bit redundant. The real question is, can you handle the truth? 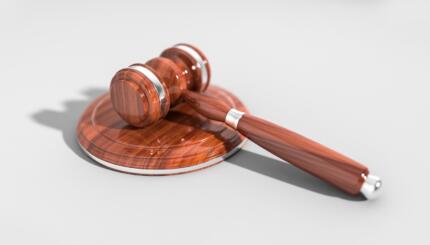