We’ve all heard of the many Ashekanzi Jews who have and continue to make an impact in American society—think Ruth Bader Ginsberg, Chuck Schumer, Jerry Seinfeld, and Yitzhak Pearlman, just to name a few. But did you know that American Greek and Turkish Jews have and continue to have an impact in American life, too? Actors, designers, musicians, business leaders, a living Medal of Honor recipient, and even a former member of Congress have all played a role in the American Jewish narrative. Most of these individuals and their families come from the Ladino-speaking Sephardic communities of the former Ottoman Empire. Here are the stories of ten of these famous Greek and Turkish Jews.

Best known for his recurring voice acting role on The Simpsons as some of the show’s most beloved characters, including Moe Szyslak and Chief Wiggum, Azaria was born Henry Albert Azaria in Queens, NY to Albert Azaria and Ruth Altchek. Both of Azaria’s immigrant grandparents were from the Jewish community of Salonika (today known as Thessaloniki in northern Greece), which was at one point one of the largest Jewish communities in the Balkans at nearly 50,000 Jews before World War II. His grandparents were some of the founding members of the Sephardic Jewish Brotherhood of America, a Sephardic organization dedicated to helping new Jewish immigrants from the Mediterranean get access to jobs, educational scholarships, burial needs, and social welfare benefits. Azaria was brought up speaking Ladino, the Judeo-Spanish language native to the Sephardic communities of the former Ottoman Empire. The comedic actor has also made a name for himself and his Sephardic identity in films like The Birdcage, where he used his knowledge of Ladino and Sephardic culture to shape his Latino character. 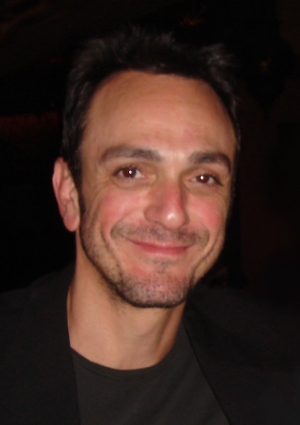 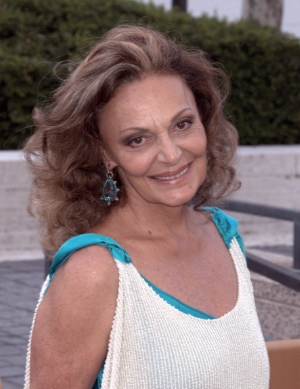 Born Diane Simone Michelle Halfin, von Furstenberg is well known for her designer fashion line, creation of the wrap dress, and former marriage to a German prince. She is less well known as the daughter of two Holocaust survivors from Europe. Her mother, Liliane Nahmias, was born in Salonika. Just 18 months before von Furstenberg was born, her mother was rounded up with Salonika’s other 50,000 Jews and sent to Auschwitz. After the war, her mother moved to Belgium and met her father, a Belgian Jewish Holocaust survivor. Von Furstenberg has written extensively on how her mother’s experiences have impacted her life, as well as her personal connection to the city of Salonika, particularly in her memoir, The Woman I Wanted to Be.

A classical pianist and conductor, Perahia was born in the Bronx. His first language was Ladino, and as a child he was known as Moshiko—little Moshe in Ladino. His family emigrated from Salonika in the 1930s, surprisingly late and at a time when Jewish emigration from former Ottoman lands to the United States was all but blocked due to the restrictive Immigration Act of 1924. His grandfather was an integral leader of the Sephardic Jewish Brotherhood of America and raised funds for El Fundo Secreto, the Secret Fund in Ladino, that was created to help the neediest Sepharadim who couldn’t make ends meet during the Depression. He started playing piano at a very young age, and later on studied under the famed Polish-American pianist Mieczysław Horszowski. He has won two Grammys and numerous other awards for his compositions. In 2009, Perahia was appointed the President of the Jerusalem Music Center. 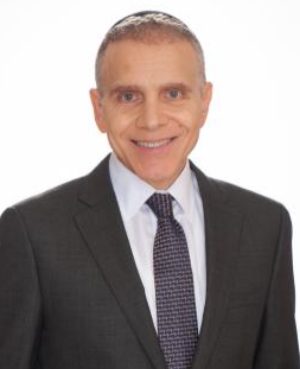 Unlike the majority of the people on this list who are Sephardic Jews, Julis is a Romaniote Jew. While Sepharadim migrated to what is today Greece after the expulsion from Spain in 1492, Romaniote Jews have lived in Greece and Anatolia for over 2,300 years, making them one of the oldest Jewish communities still in existence today. Julis grew up in the Bronx among his Greek-speaking Romaniote Jewish family. The family of his father, Maurice Julis,emigrated from the city of Ioannina at the turn of the 20th century. Julis’s father grew up on New York’s Lower East Side, attending the Romaniote synagogue Kehila Kedosha Janina, before moving to the Bronx. Julis attended Princeton University, Harvard Law School and Harvard Business School. He went on to become the co-founding partner of Canyon Capital Advisors, an LA-based hedge fund. In 2018, Forbes listed Julis among the top 25 highest earning hedge fund managers in the United States. He is also known as a generous philanthropist, supporting numerous non-profit institutions and his alma maters. 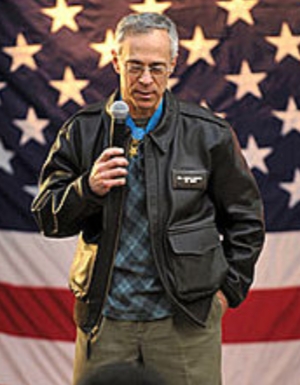 A retired colonel in the United States Army and a Medal of Honor recipient, Jacobs’s paternal grandparents immigrated from the city of Ioannina in today’s northern Greece. He has spoken in public about the influence his Greek Jewish heritage has had on him, particularly through his paternal nona, whose food and stories always resonated with him. (Nona is the term many Sephardic and Romaniote Jews use to refer to their grandmothers.) As the firstborn son, Jacobs was named for his living paternal grandfather, as is traditional within the Romaniote and Sephardic communities He also went by the nickname pasha, a term of endearment that roughly translated to “prince.” He was born in Brooklyn and later attended Rutgers University, where he joined the school’s ROTC program. After graduation, Jacobs joined the Army as a Second Lieutenant. During his first deployment in Vietnam, his company came under heavy fire. Despite heavy casualties, he was able to single-handedly save more than a dozen of his fellow soldiers, including his commander, from a Viet Cong attack. He was also wounded in the attack. For his act of bravery, he was promoted to Captain and awarded the Medal of Honor. He would receive two Silver Stars, three Bronze Stars, and two Purple Hearts throughout his military career. Today he serves as a military analyst for NBC News and MSNBC. 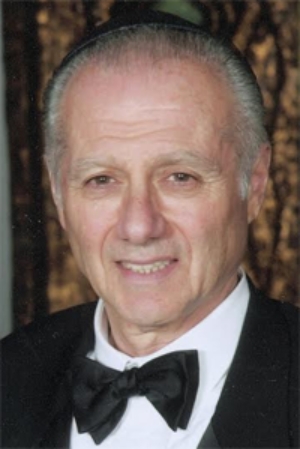 The family of real estate investor Martin Elias came from the Jewish community of Kastoria, a small town in northern Greece. Prior to World War II, the small but robust Jewish community was an active center of Sephardic life in Greece. His company, Elias Properties, holds commercial property in more than 15 states, totaling over two million square feet. He has been particularly active in Greek Jewish and Sephardic philanthropy through the Ike, Molly, and Steven Elias Family Foundation. He also serves on the board of the American Sephardi Federation and co-produced Trezoros: The Lost Jews of Kastoria, a film that premiered in 2016. 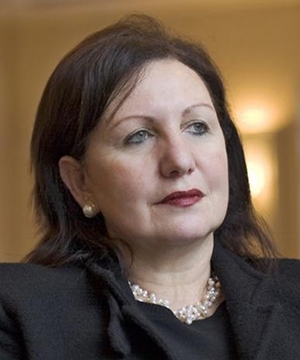 Born and raised in Istanbul, Benhabib is the Eugene Meyer Professor of Political Science and Professor of Philosophy at Yale University. She attended Brandeis University and received a PhD from Yale. Her grandfather was a Turkish rabbi, and her family was well integrated into the Jewish community of Istanbul for generations. She has spoken about how growing up at home, she and her family could easily shift from speaking Turkish to French to Ladino and eventually to English—a multilingualism that demonstrates the cultural diffusion that was present in many Sephardic communities in former Ottoman lands. She is well known for her work on political philosophy, including the politics of gender, human migration, and democratic norms. She has won several awards for her work and has written nearly a dozen books on political science and philosophy. She has also spoken about how her heritage has influenced her work, saying of the legacies of the Spanish inquisition that drove her ancestors out of Spain to the Ottoman Empire: “[It] makes me aware of the fragility of good political institutions. I never take them for granted. I am always attentive to the ways in which, particularly, collective ideologies of purity—be it religious purity, racial purity, or national purity—can go wrong.” 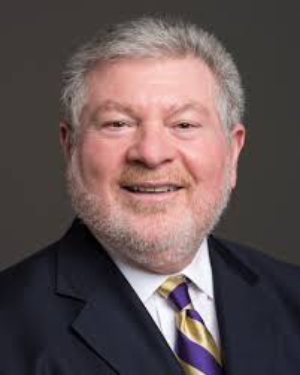 The former chief legal officer and senior vice president of Costco, Benoliel grew up in Seattle’s Sephardic community, which primarily consists of Jews from the Island of Rhodes and what is today Western Turkey. Both his parents were Sephardic Jews from Turkey and the UK, with roots in northern Morocco and Gibraltar, all hubs of Sephardic communal life. He attended the University of Washington for college and law school, and shortly after graduating he entered general practice law and commercial real estate. In addition to playing a major role at Costco for 22 years, he was recently elected the chair of the University of Washington Board of Regents. Benoliel is the first Sephardic Jew to serve on the UW board. He has also been an extraordinary advocate for the Sephardic community, co-producing the Rhodes-Turkish Siddur Zehut Yosef prayer book series with his cousin Hazzan Isaac Azose, co-founding the Seattle Sephardic Network, and helping to initiate the Sephardic Studies Program Founders Circle at the University of Washington. 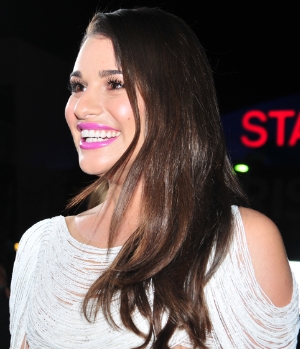 Believe it or not this famous triple threat actress best known for her role in the TV show Glee has Sephardic and Greek Jewish roots. Born Lea Michele Sarfati, her paternal grandparents emigrated from Salonika in the early 1900s. In a 2016 episode of the TLC show Who Do You Think You Are?, Michele learned of distant Sephardic relatives from Salonika who perished in the Holocaust. Her great-grandparents were also active in the Sephardic Jewish Brotherhood of America at the beginning of the 20th century. 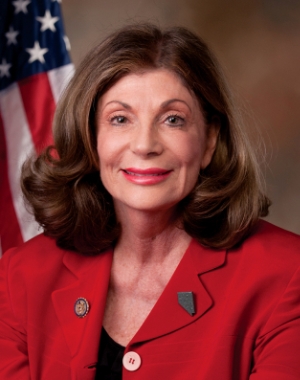 A former Congresswoman from Nevada’s 1st Congressional District from 1999-2013, Berkley grew up in New York City and later moved to Nevada with her family. Her maternal grandparents emigrated from Ottoman-controlled Salonika in the early 20th century. She briefly served in the Nevada State Assembly and on several local education boards before running for Congress. During her Congressional tenure, she focused on issues like affordable healthcare in the United States as well as advocacy for Israel. She ran an unsuccessful Senate campaign in 2012 to unseat then-Nevada Senator Dean Heller. Today she serves as CEO and Senior Provost of Touro University Western Division in California and Nevada.

The Jews of Turkey and Greece ate foods inspired by Ottoman cuisine.

How to give your Hanukkah a multicultural Greek flavor

The Shavuot holiday is upon us. We celebrate our becoming a people committed to living the gift of receiving and ...