The Patriarchs, or avot (אבות) in Hebrew, meaning “fathers,” refers to three generations of foundational figures in the Book of Genesis and Jewish tradition: Abraham, Isaac and Jacob.

The Matriarchs, or imahot (אמהות) in Hebrew, refers to the Torah’s four foundational women: Sarah, Rebecca, Rachel and Leah.

Abraham and Sarah were the parents of Isaac who, with Rebecca, parented Jacob. With his two wives Rachel and Leah (and two handmaids, Bilhah and Zilpah), Jacob fathered 12 sons and one daughter, Dinah. The 12 sons would go on to form the 12 Tribes of Israel.

The three Patriarchs, as well as Sarah, Rebecca and Leah, are believed to be buried at the Tomb of the Patriarchs in Hebron, a city in the southern West Bank (a region also known as Judea). The site is also known as the Cave of the Patriarchs or Cave of Machpelah — and to Muslims as the Sanctuary of Abraham. It is holy to both Jews and Muslims, and a synagogue and mosque are both located there.

Rachel is the only one of the Patriarchs and Matriarchs not buried in Cave of Machpelah. As Jacob and Rachel traveled south toward Hebron, Rachel gave birth to Benjamin and died shortly afterward during their journey. Rachel’s Tomb is located outside the city of Bethlehem, which is about 5.5 miles from the Tomb of the Patriarchs in Hebron.

The Jewish people are reminded of their ongoing connection to the Patriarchs daily during the Amidah prayer; many prayer books also invoke the Matriarchs at this time. In the first blessing of the Amidah, the prayer begins: “Blessed are you, Lord, our God and God of our ancestors: The God of Abraham, the God of Isaac, and the God of Jacob.” This language is meant to serve as a reminder that the covenant between God and the Jewish people has not only survived for thousands of years, but can be traced all the way back to these foundational figures.

Want to get to know more amazing, complicated and relatable biblical personalities? Sign up for a special email series here .

Moving from praise to petition to thanksgiving, the Amidah inculcates a sense of connection to God. 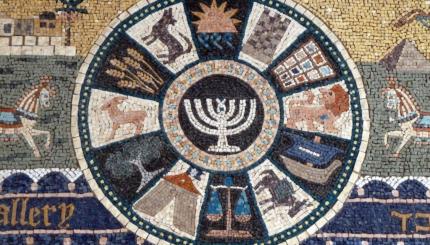 When called to the Torah, converts get a special lineage.