Below are some important Hebrew words and terms you may need to know over the week of Sukkot, Shemini Atzeret and Simchat Torah.

Arava — Literally “willow,” one of the four species.

Arba minim — Literally “four species,” a quartet of plants used in Sukkot rituals: lulav, etrog, hadas, and aravah. They symbolize joy for life and dedication to God. The four species are held and shaken during the Hallel service.

Etrog — Literally “citron,” one of the four species.

Geshem — Literally “rain,” additional prayer for rain read on Shemini Atzeret in the fall, introduced in the poetic form of an alphabetic acrostic.

Hadas —Literally “myrtle,” one of the four species.

Hakafah — Literally “circuit,” a celebratory processional  around the room done on Sukkot and Simchat Torah. On Sukkot hakafot (the Hebrew plural of hakafah) are done holding the four species, except on Shabbat. On Shemini Atzeret the hakafot are done while singing, dancing, and carrying Torahs.

Hallel — Literally “praise” this short service is a collection of Psalms and blessings recited on festivals and Rosh Hodesh (the new moon) as a display of joy and gratitude.

Hatan/Kallat Bereishit — Literally “Groom/Bride of Genesis,” this is a designation of honor for the person who is called up to the very first aliyah of the Book of Genesis on the morning of Simchat Torah.

Hatan/Kallat Torah — Literally “Groom/Bride of the Torah” this is a designation of honor for the person who is called up to the very last aliyah of the Book of Deuteronomy on the morning of Simchat Torah.

Hoshanah Rabbah — Literally, “the Great Call for Help,” the seventh day of Sukkot during which hakafot are made and Hoshanot are recited. According to one tradition, it is the very last day for God to seal a judgment.

Hoshanot — Prayers of salvation that are chanted on Hoshanah Rabbah while holding the four species. At the end of the hakafot, each person takes a bundle of willow twigs and strikes it on the ground for symbolic purposes. Each prayer begins with the word hoshanah, which means, “Save, I pray.”

Kohelet —The Book of Ecclesiastes, a collection of wisdom, traditionally attributed to King Solomon. It is one of the five books from the part of the Bible called the Writings (Ketuvim) and is read on the intermediary Shabbat of Sukkot.

Lulav — Literally “palm branch,” one of the four species. It is also the name given to the general bundle of willow, myrtle, and palm branches.

Pitom — Literally “protuberance,” the bulging tip at the blossom end of the etrog. If it falls off naturally, the etrog is considered to be kosher. If it has been knocked off, the fruit is considered to have a blemish and thus be unfit for ritual use as one of the four species.

Shalosh Regalim — Literally “three legs,” the three major festivals of Passover, Shavuot and Sukkot. On these occasions during biblical times Jews went on pilgrimages to Jerusalem to make special offerings at the Temple.

Shemini Atzeret — Literally “the Eighth Day of Gathering,” the eighth day of Sukkot, which holds special significance as its own holiday. Jews thank God for the harvest and ask for winter rain to prepare the ground for spring planting.

Simchat Torah — Literally “rejoicing in the Torah,” the holiday that celebrates both the end and renewal of the annual cycle of reading the Torah. Typically, the congregation takes the Torah scrolls from the ark and parades with them in circles (hakafot) around the perimeter of the sanctuary.

Skhakh — Literally “covering,” the roofing of the sukkah, which is made from natural materials such as bamboo or palm branches.

Sukkah — Literally “hut” or “booth,” a temporary structure that is built in order to be dwelt in for the duration of the holiday of Sukkot. Its purpose is to commemorate the Israelites’ Exodus from Egypt and to make a symbolic gesture that acknowledges humankind’s reliance upon God. The construction of a sukkah follows a set of specific regulations.

Ushpizin — Literally “guests,” the biblical guests that the Zohar teaches are to be invited into the sukkah (along with the poor) during each night of Sukkot. Traditionally these seven guests are Abraham, Isaac, Jacob, Joseph, Moses, Aaron, and David. Today many people add the names of women to the list.

Zman Simchateinu — Literally “the time of our rejoicing,” an expression often used when referring to the days of Sukkot. 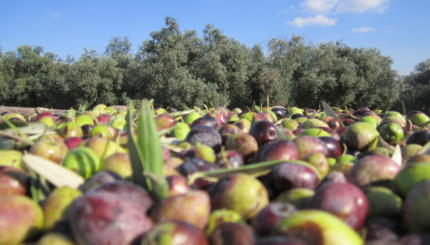 How to celebrate the last Jewish holidays of fall.