How to Fold Hamantaschen for Purim

Esther and Mordecai proclaimed that Purim was a time of feasting and merrymaking (Esther 9:17-22). This ordinance developed into the special Purim meal, or seudah, which takes place during daylight hours on the holiday. It is a most appropriate way to commemorate our success against a decree to physically destroy us, since it gives pleasure to the body.

Looking for Purim recipes? Click here or visit the Purim section on The Nosher, our food blog!

As a secular meal, it does not include a Kiddush (blessing over wine), except perhaps for a nonsense parody version, but nonetheless encourages partaking of plenty of wine. In fact, the most notable feature of the Purim seudah is the injunction, uncharacteristic among Jews, to drink until you don’t know (ad lo yada) the difference between barukh Mordekhai v’arur Haman (blessed be Mordecai and cursed be Haman).

This is not an invitation to drink uncontrollably, but a way to recognize your limit. Once you reach the point of confusion, stop. (You are responsible for any damage caused by merrymaking and intoxication!) You are not supposed to get rip-roaring drunk on Purim, but happily tipsy. Not only does wine add to frivolity, it highlights the theme of drinking and how it helped create the miracle, throughout the Purim story. The saga opens with a series of wine-infused banquets (Esther 1:1-9), Esther’s coronation is celebrated with a banquet (2:18), the Jews’ fate is sealed with a banquet between Ahasuerus and Haman (3:15), Esther hosts two banquets for the king and Haman (5:6, 6:7), and the book ends with the Jews celebrating and agreeing to annually celebrate with feasts (9:17-19).

But why imbibe ad lo yada? It seems to be a very strange notion in a religion that stresses remembering and making choices between different values. The formula may have been derived from a liturgical poem of talmudic times whose alternate verses ended “cursed…” and “blessed…” Only one who was sober could keep the rhymes straight. Another possibility is that since the gematria [numerical value of the Hebrew letters] of both phrases is 502, the two equal each other, and when you’re drunk you can no longer prove this.

The “same” means that God is to be praised equally for Haman’s downfall (cursed be Haman) and Mordecai’s elevation (blessed be Mordecai). Wine, according to Jewish thought, takes us away from petty distractions and gives us greater spiritual awareness. Under its influence, even when we can no longer distinguish the two benefits, we should continue praising God and His protection of us.

Pronounced: seh-ooh-DAH, or SUE-duh, Origin: Hebrew, meal, usually on a holiday or at a lifecycle event. 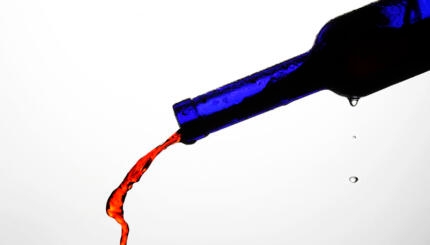 Are Jews really obligated to drink to the point of not knowing the difference between Haman and Mordecai?