The Scroll of Esther, known as the Megillah, is chanted in the synagogue on the eve of Purim and again the next morning. It is the last of the five scrolls that form part of the third division of the Bible, known as the Ketuvim, or Writings.

Megillat Esther tells the story of the salvation of the Jews of the Persian Empire. The Scroll of Esther is universally known as the Megillah, not because it is the most important of the five scrolls, but due to its immense popularity, the prominence that is given to its public reading, and the fact that it is the only one that is still generally read from a parchment scroll. At one time, it was normative for every Jewish household to possess a Megillah, and much time and skill were devoted to the production of beautifully illuminated texts and elaborate wooden and silver cases that would house the scroll.

The primary synagogue observance connected with Purim is the reading of the Book of Esther, called the Megillah (“scroll”). It is traditionally read twice: in the evening, after the Amidah prayer of the Maariv service and before the Aleinu, and in the morning after the Torah reading.

The Megillah is read from a parchment scroll that is written the same way a Torah is written — by hand, with a goose quill. If there is no such scroll available, the congregation may read the Book of Esther from a printed text, without the accompanying benedictions.

The Book of Esther is chanted according to a special cantillation used only in the reading of the Book of Esther. [This cantillation parodies the tropes used for reading at other times of the year.] If no one is present who knows this cantillation, it may be read without the cantillation, as long as it is read correctly. According to the Code of Jewish Law (Orach Chayim 690:9), it may be read in the language of the land. In practice, however, the usual custom is to chant the Megillah from the scroll in its original Hebrew.

Before the reading, the custom is to unroll the scroll and fold it so that it looks like a letter of dispatch, thus further recalling the story of the great deliverance.

Customs for Reading of the Megillah

It is a widespread custom for the listeners at the Megillah reading to make noise, usually with special noisemakers called graggers, or in Hebrew ra’ashanim, whenever Haman’s name is mentioned. Some congregations also encourage the use of wind and percussion instruments as noisemakers.

The custom of blotting out the name of Haman appears to be the outgrowth of a custom once prevalent in France and Provence, where the children wrote the name of Haman on smooth stones, then struck them together whenever Haman was mentioned in the reading so as to rub it off, as suggested by the verse “the name of the wicked shall rot” (Proverbs 10:7).

Many modern-day congregations today are known to hold concurrent readings of the Megillah, each reading specially tailored to a particular age group or level of understanding. The singing of Purim songs during the reading of the Megillah, dressing up in costume, and other acts of frivolity are also part of today’s modern Megillah-reading festivities.

Excerpted with permission from Every Person’s Guide to Purim (Jason Aronson).

Creative ways that fulfill the religious obligation to have fun. 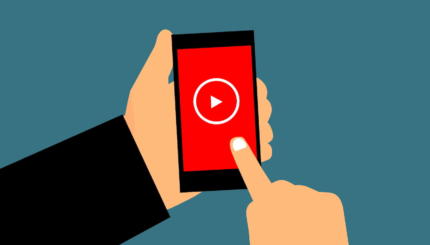 Where to Stream Megillah Reading on Purim

Can't make it to synagogue this Purim? No problem.