The Torah seems to begin with preschoolers in mind. The story of the creation of the world in Genesis 1 is full of concrete images and simple repetition, and it has a plot that is easy for kids to follow.

As the weeks move forward, however, it can be harder to engage young children with the parashah, the weekly Torah portion. Even in the colorful stories of Genesis, characters make strange and disturbing choices. Later, the plot drifts altogether into a maze of technical details about building the Tabernacle and offering sacrifices.

Despite these obstacles, parents and children even as young as three years old can actively participate in a discussion about the parashah.

There are several reasons. First, establishing a weekly routine of parashah study when children are still little sets the stage for more sophisticated discussions in the years to come. By the time kids are old enough to engage more deeply in the text, they will already be familiar with the major characters and themes. Further, this is an activity that parents and children can do together–with learning taking place on both sides. And finally, the stories and themes throughout the Torah provide a wonderful launching point for talking about some of the most fundamental issues in children’s lives.

As a general rule, in parashah discussions try to focus on one specific incident or passage. While the Torah contains a tremendous number of characters, laws, and stories, below are four central themes that arise over and over. Each week, look through the parashah, and try to relate it to one of these themes. This can help focus your discussion with young children, who learn best through repetition and will be happy to identify the same recurring themes from week to week.

Young children readily connect to opposites–and the Torah is full of them.

In the six days of creation (Parashat Bereshit), God sets up opposites: Light and darkness, heaven and earth, land and sea, etc.

This theme continues throughout the Torah as many other opposites are explored. We are introduced to opposite people, like Jacob, a man who dwells in his tent and Esau, a hunter (Genesis 25:19-28:9, in Parashat Toldot). Opposite behaviors–good and bad–and their consequences are also a prominent theme (see, for example, Deuteronomy 23, in Parashat Ki Tavo). Permitted vs. forbidden activities can also be presented as opposites, for example the rules about foods that can and cannot be eaten in Leviticus 11, Parashat Shemini.  Even opposite times–the holiness of Shabbat contrasts with the rest of the working week–can be explored (for example, in Deuteronomy 5:12-14, Parashat Va’et’hanan).

Like the many children’s books that focus on opposites, the Torah can help children explore and understand the contrasting forces in their world, and can reinforce this basic preschool learning device.

In its stories and laws, the Torah contains many examples of how to help others.

For instance, in Genesis 24, in Parashat Haye Sarah, we read about Abraham’s servant, who is sent to find a wife for Abraham’s son, Isaac. The servant goes to a well, where people come to get water. Along comes Rebekah who gives water first to the servant, and then to his camels.

This is a wonderful story about sharing and helping. Parents can discuss with children ways they can help others–especially those who cannot help themselves like the camels.

This theme of helping continues throughout the Torah. In Exodus 35, in Parashat Vayakhel, Moses commands everyone to help build the Tabernacle–the portable Temple in the wilderness. The long sections detailing how to build the Tabernacle can provide opportunities for kids to discuss their own homes, all the people who helped build them, and the ways that they can maintain their homes by helping with chores.

Like many classic fairytales, the Torah tells troubling stories about imperfect heroes and heroines. Take the story of the golden calf, for example, in Exodus 32, in Parashat Ki Tissa. Children may not necessarily connect to the sin itself, but they can likely identify with the emotions behind it.

In discussing the way that the Israelites made a mistake, some possible questions to think about include:

·    How do you think the people felt when Moses was late coming down the mountain?

·    Has anyone ever been late to pick you up? How did you feel?

·    How did Moses feel when he saw the people dancing around the calf? How did he show his anger? What do you do when you’re angry? Do you ever throw things?

Needless to say, the people in the Torah make mistake after mistake and continue to have a hard time doing “good listening.” See, for example, in Numbers 11, in Parashat B’ha’alotekha, when the people complain about the manna in the desert instead of saying thank you for their food.

In many ways, the children of Israel wandering in the desert have much in common with all young children, who are just starting to learn right from wrong.

Characters in the Torah constantly face the challenge of trying something new. For example, in Numbers 13 in Parashat Shlah, Moses sends spies to scout out the land of Canaan. The spies’ report about giants in the land makes the Israelites become too scared to go into the land. They find it easier to stay put in the desert, which they know, rather than take the risk of going to a new place.

Sleeping in a bed, potty-training, and going to school for the first time are just a sampling of the many “firsts” preschool-aged kids face.

Once again, children can easily connect to the emotions behind the stories in the Torah–the fear of doing something new and the feeling of pride that comes from taking that first step.

One or more of these four themes–opposites, helping, making mistakes, and trying new things–can be found in every parashah in the Torah. Try to highlight one of these themes with your child each week. You might want to set aside a specific time each week as “parashah time,” such as dinner on Friday night, Saturday morning after breakfast, or once a week as part of the bedtime routine. You can further simplify and concretize these discussions by using props, role play, and movement.

Even a few minutes each week can establish a routine of learning and study between you and your children that can grow as the years go by. 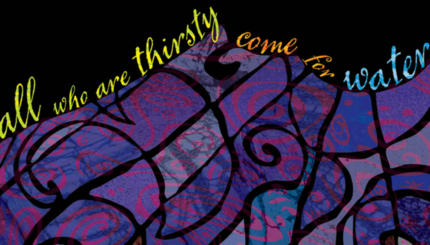 Why does Moses repeat the history of Israelite people on the eve of crossing into the promised land?

Moses tells the Children of Israel that the covenant includes all of them, including the pious and faithful as well as the rebellious and confused.