There is no agreed upon date or place for the beginning of modern Jewish history. Modernity came to the Jews at different times in different places. Recently, historians in their periodization of Jewish history have come to refer to this gradual process as the “early modern” period.

Most scholars agree that modern times are signaled by the appearance of certain new characteristics of individual and communal Jewish life. However, they have long debated which factors specifically–emancipation and liberalism? Zionism? Mass migration? Science? Capitalism? Population increase? Improved inter-group relations?–were determinative.

Scholar Gershom Scholem offers the earliest date for the beginning of modern Jewish history: 1492. Scholem argues that the expulsion of the Jews from Spain led to an increased interest in kabbalistic redemption, an interest that provoked deviations from halacha (traditional Jewish law and practice), including Sabbateanism, that signaled the collapse of rabbinic authority.

According to Scholem, Hasidism emerged in the 18th century as a movement which aimed to make this mysticism accessible to the masses, thus providing an alternative community with alternative authority, the Rebbe. The Rebbe–so called to distinguish him from the traditional community rabbi, the Rav–was the local hasidic religious leader, believed to have supernatural powers including a direct link to the divine world.

Historian Jacob Katz agrees with Scholem’s assessment of Hasidism, but adds another ingredient he feels was crucial to the process of modernization: the Haskalah, the Jewish Enlightenment. The Haskalah offered a vision of the future that included educational, social and economic change, and a neutral society in which people of all faiths and backgrounds could freely mix.

Jonathan Israel argues that mercantilism, an approach that advocates the deliberate pursuit of the economic interests of the state, irrespective of claims of existing law, privilege, tradition, and religion, signals the beginning of modernity

Mercantilism is epitomized in the role of the Court Jew. The Age of the Court Jew is generally considered to be from 1650‑1713. During this period, political upheaval required warring kingdoms to be in constant search of resources. Jews had the kind of resources that the kingdoms required as their role in gold, silver, metal and diamond trades gave them access to liquid capital. In addition, the widespread kinship ties of the Jews (especially Sephardim) allowed them to raise and move capital across the western world and the Ottoman Empire.

Court Jews thus aided European powers in militia purveying, providing them with munitions, food, and fodder. In return for his aid, the Court Jew was able to negotiate certain privileges. He frequently served multiple governments at the same time, and typically lived outside of the realm of the courts that he served.

Zionist historian Ben Zion Dinur selected 1700 as the beginning of the modern period in Jewish history. In that year, Rabbi Judah the Pious led approximately 1000 Jews to Palestine. Dinur argues that this event represents “a rebellion against the galut” (exile) and the first evidence of a movement to return to the Land.

All of these theories have their adherents and detractors. Those who criticize Scholem for granting Hasidism a pivotal role in the making of modernity argue that modernity inherently derived its spirit and strength from sources other than sacred authority. Israel is accused of over‑emphasizing the roles of mercantilism and the Court Jew, as these phenomena did not occur, for the most part, in the large 18th-century centers of Jewish life in the Ottoman Empire. Dinur is criticized for allowing ideology to cloud his analysis.

The causes and characteristics of modernity are complex. Historian Michael Meyer sums up the debate: “[I]t is by no means resolved whether the enlightenment and emancipation were the result of the rise of capitalist methods, the need for a more efficient government, or a more favorable social attitude emanating from a growing class of liberal intellectuals.” Each of these factors deserves a closer look.

Court Jews were purveyors who provided food, fodder, and munitions to the European courts in return for special privileges.

Mercantilism and the Jews 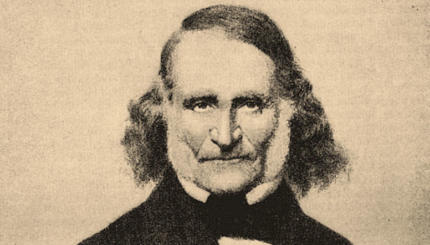 The Critical Study of Jewish History

The academic study of Judaism, known as "Wissenschaft," began in 19th-century Germany.