Israel is a small country, covering roughly 8,000 square miles and home to 9 million people. But it plays a disproportionately large role on the world stage — a function of its longstanding conflict with its Arab neighbors, its vast accomplishments in the high-tech sector and its religious significance for the world’s three monotheistic religions. And while its population is overwhelmingly Jewish, it is also extremely diverse, representing a wide range of religious and ethnic identities.

The modern state of Israel was founded by a United Nations resolution in 1948. However, the Jewish connection to the land of Israel goes back to biblical times, continuing through the periods of the First and Second Temples. While the Jewish people scattered all over the world following the destruction of the Second Temple in 70 CE, Israel continued to be a spiritual and cultural focal point.

Israel’s establishment as a modern Jewish state came about as a result of Zionism, a political and cultural movement whose aim was bringing the Jewish people to the land of Israel where they could rule themselves and be safe from anti-Semitism. In the decades before Israel’s founding, when the land was under Ottoman and then British rule, hundreds of thousands of Jews emigrated from other countries to settle there.

Seventy-five percent of Israel’s citizens are Jewish, and 25 percent are non-Jews, of which most are Arab. Since its founding, Israel has welcomed millions of Jewish immigrants from all over the world, with large immigration waves from Europe in the late 1940s, from North Africa and the Middle East in the 1950s, from Ethiopia in the 1980s and ’90s and from the former Soviet Union in the ’90s. All Jews who settle in Israel are entitled to citizenship under the Law of Return.

Jewish Population By Country/Region of Birth

Israel has a highly developed industrial economy with a GDP of $311 billion in 2016, the 35th largest in the world. Its GDP per capita is nearly $35,000, ahead of several European countries. Its dominant sectors include high-technology, where the “start-up nation” has emerged as one of the world’s most dominant players, attracting many of the largest tech companies to establish research facilities. Israel is also among the world’s largest exporters of military hardware and technology and is a major center for diamond cutting and pharmaceuticals.

Thanks in large part to its rich history and numerous biblical and other archaeological sites, Israel enjoys a vibrant tourism industry. It has welcomed approximately 3 million tourists annually in recent years, although the number fluctuates significantly depending on the political situation and the level of violence and terrorism.

Israel is a parliamentary democracy in which parties are awarded legislative seats based on the proportion of votes received. Individual parties rarely earn enough votes to form a legislative majority, and coalition politics are the norm. Elections must take place by law at least every four years, though in practice they occur more often. Israel has no formal constitution, relying instead on a series of Basic Laws that govern the essential functions of state institutions. The executive branch is headed by the prime minister and legislative authority is vested in the parliament, known as the Knesset, which has 120 seats. Israel has an independent judiciary whose highest authority is the Supreme Court.

Israel’s official languages are Hebrew and Arabic. The country boasts several internationally translated writers, and has a diverse array of cultural institutions, such as orchestras, dance troupes, theater companies and museums —  the highest number of museums per capita in the world. The country’s film and television industries have gained international attention in recent years, with several TV shows adapted into American programs or broadcast internationally via streaming services like Netflix. Israeli cuisine, with its mix of cultural influences and use of fresh Mediterranean produce, has also become popular in many Western countries. Sports in Israel is dominated by soccer, but basketball, tennis and other sports also enjoy sizable followings.

Equality for all Jewish religious denominations has been an elusive goal for non-Orthodox Israelis and a source of ongoing tensions in relations between the State of Israel and non-Orthodox Jewish communities abroad. Jewish conversions and marriages performed in Israel by non-Orthodox rabbis are not recognized by the state, prompting some non-Orthodox Israelis to go abroad for such services. Jewish converts from abroad routinely have their Jewish status questioned and encounter a range of related problems as a result. The ability of non-Orthodox Jews to worship in their chosen manner at Judaism’s holiest site, the Western Wall in Jerusalem, has been curtailed by police force for years despite Supreme Court rulings and the promises of Israeli authorities to establish a place for non-Orthodox prayer at the ancient pilgrimage site. 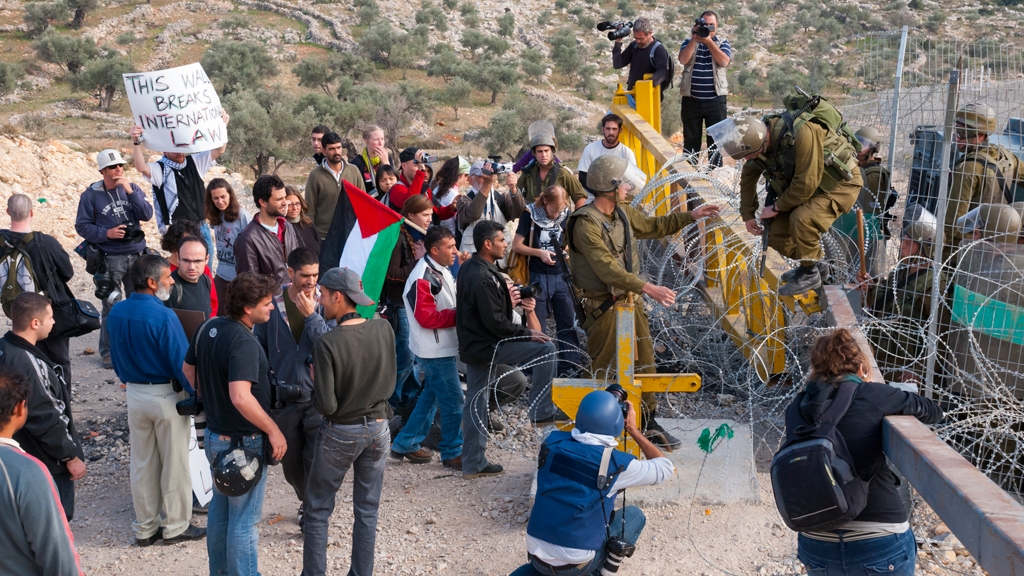 Israel has been in a state of conflict with its neighbors since its very founding, and most Jewish Israelis are drafted into the Israel Defense Forces at age 18. (Men serve approximately three years followed by annual reserve duty, and women serve approximately two years.) Though peace treaties were signed with two neighboring Arab states — Egypt in 1979 and Jordan in 1994 — the Israeli-Palestinian conflict is among the world’s most intractable. Israel has launched a number of military operations aimed at countering rocket fire from the Gaza Strip since it withdrew unilaterally from the coastal territory in 2005, dismantling 21 Jewish settlements and relocating 8,000 Israeli citizens. The West Bank, where some 400,000 Israelis live among 2.7 million Palestinians, has been the source of less violence aimed at Israel in recent years; however Israel’s 50-year occupation of the territory has resulted in mounting international criticism.

Inside Israel’s internationally recognized borders, its Arab citizens — who largely attend separate schools and live in separate neighborhoods from Jewish citizens — complain of discrimination in a wide range of sectors, and the poverty rate among Arabs is roughly double that of Israelis generally.

As part of the Israeli-Palestinian conflict, violence aimed at civilians has long been a concern in Israel. According to Israeli government sources, well over 3,000 civilians have died in terrorist attacks since 1920, the bulk of them carried out by groups or individuals professing anger over Israel’s policies toward the Palestinians.

As a result, tight security is a fact of life for Israelis, with bags searched routinely at the entrance of government offices, transportation hubs, shopping malls and even some restaurants. Israel is also considered a global leader in counterterrorism, having staged a number of daring operations over the years aimed at rescuing hostages and exacting retribution against terrorist operatives.

Despite its socialist roots, Israel is today among the most unequal countries on earth, with Turkey, Chile and the United States the only affluent democracies that are more unequal, according to one recent study. In 2013, it also had the highest poverty rate among affluent countries and the seventh lowest rate of government spending on social services. In 2011, frustration over the rising cost of living led to mass protests that some said were the largest in the country’s history. Political parties focused on bread-and-butter quality of life issues have fared well in recent national elections.

In recent years, Israel has faced a rising tide of criticism of its policies toward the Palestinians that has taken aim at the country’s very legitimacy and alarmed Israel’s leaders. Most prominently, the Boycott, Divestment and Sanctions movement, or BDS, has had some limited success at pressuring Israel. Meanwhile, the Palestinians have become more aggressive in seeking to isolate Israel within international forums, most prominently at the United Nations. In 2004, the International Court of Justice in the Hague, at the urging of the Palestinians, issued an advisory opinion finding that Israel’s construction of a security barrier in the West Bank is illegal. In 2016, the U.N. Security Council passed a resolution stating that Israeli settlements in the West Bank were flagrant violations of international law.

Mass immigration of Sephardic Jews from Arab lands in the 1950s and ’60s made Sephardic/Mizrahi Jews a majority of the population, but Ashkenazi Jews continue to dominate positions of power in the Israeli establishment, and many Sephardic and Mizrahi Jews feel that they have been treated like second-class citizens by the Ashkenazi Jews.