One reason the figures in Torah are so compelling is that they are not paragons of perfection; quite to the contrary they are complex individuals who struggle with the human condition. And no figure in Torah embodies this dichotomy more than Jacob. He is, truly, a broken man, his struggle for self-discovery marred by what might be described as a split personality. Perhaps one indication of this split is the fact that he receives a second name, Israel — Hebrew for “God Struggler.”

At different times, Jacob fits two distinct literary archetypes: the Hero (sometimes the Antihero) and the Trickster. And true to this duality, while the Torah presents Jacob’s name as deriving from the word for heel, a literal rendering of Jacob’s name in Hebrew, the root-word עקב (ayin, kuf, bet), would be, “one who deceives.” Jacob shows early signs of playing the role of the Trickster, for example the way in which he comes to possess Esau’s birthright. Later he will fully step into this role when, at his mother’s urging, he deceives his father, Isaac, into giving him Esau’s blessing. Showing concern about this deceptive behavior, Jacob expresses doubt in his mother’s plan saying, “maybe in his [Isaac’s] eyes it will be leading astray,” (Genesis 27:12). Jacob’s process of individuation is presented as a struggle between two personalities — will he continue to be the deceiver or will he emerge as the God Struggler?

Jacob runs away from home after incurring the wrath of his twin brother, Esau, following his deceptive ruse perpetrated against their father. On his journey to the birthplace of his mother, Rebecca, Jacob has a divine encounter — the dream of the ladder ascending to the heavens. God assures Jacob that the promise made to Abraham and Isaac will be upheld with him, as well, and that his destiny is to reside in the land promised to his ancestors.After spending decades living under the control of his uncle, Laban, and being on the receiving end of Laban’s deceptions, Jacob eventually secures his freedom and wealth, and brings his wives, concubines and children back to his homeland. On the way, Jacob again has a divine encounter, and as an allusion to his split self, he names the place in which he has this encounter Machanayim – Two Camps. It is after this divine encounter that Jacob will meet his twin for the first time since stealing their father’s blessing. And in the nighttime hours before Jacob’s reunion with the brother whom he fears will be seeking revenge, the Torah tells us:

Jacob was left-alone; a man wrestled with him, until the rising of dawn.

These nine words conceal an incredible depth of insight into Jacob’s process of transformation. Much commentary has been offered on the identity of the mysterious “man.” Tradition generally holds that this was a Divine Messenger; however, could Jacob in fact have been wrestling with his own Shadow?

If Jacob is alone, then how is there a “man” with him? Perhaps this wrestling match is the internal struggle between Jacob’s good side — his potential to be a hero — and his dark side, the trickster. While we often expect a clear conclusion of such struggles in literature, in our Torah narrative there is incredible ambiguity regarding whether Jacob’s good self overcomes his shadow. The very next verse tells us of that in the course of his struggle, his hip is wounded, causing him to walk with a limp the rest of his life, an injury symbolizing his inability to move beyond his Shadow. Despite numerous assurances that his name would now be Israel, the Torah (and the rest of the Bible) continues to refer to him, at times, by his old name, Jacob.

Jacob’s struggle offers us an important lesson on our own personal growth. Symbolized by his deceptive actions and his divine encounters, Jacob is constantly torn between the Self he has the potential to become — The God Struggler — and the Shadow holding him back— The Deceiver. Even toward the end of his life after reuniting with Joseph, he expresses a discontent with his life, telling Pharaoh upon their meeting that, despite having lived 130 years, his days have been “few and bad.” (Genesis 47:9)

Rabbi Eliyahu of Vilna, the Vilna Gaon (1720-1797, Belarus and Lithuania), taught: “The essence of life is working through negative characteristics, and if one does not, then what is the purpose of life?”

It is through an honest and holistic grappling with our Shadow that we have the opportunity to step into our best Self. For Jacob, this process is not successful, as embodied by his brokenness at the end of his life — perhaps the intention of this narrative so we can learn from Jacob’s shortcomings to be better attuned to recognize our own capacity to thrive.

With a video commentary from Bim Bam. 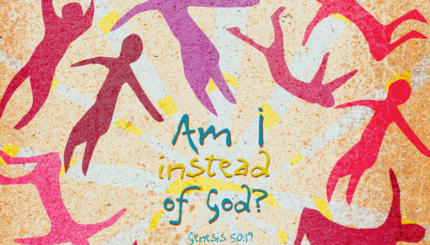 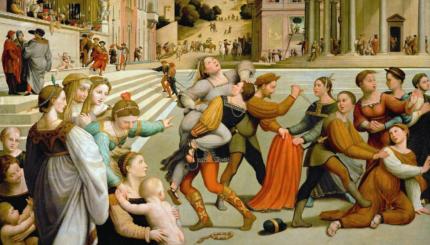 Why Jacob Cursed Two of His Sons

Shimon and Levi get the blame for two tragedies in the patriach's life.