Like all Jews, Bukharian Jews celebrate Passover with a seder ceremony and meal. However, we have many Passover traditions and customs that are unique to our community. For example, at the seder we wear the jomah, a colorful Bukharian kaftan (robe) with gold embroidery. Both men and women dress up in this clothing because to us it represents being royal and free.

There are many theories about the origins of the jomah. One is that it dates to a time during the Ottoman empire when Jews in Central Asia were discriminated against. They were forced to wear different clothing from their non-Jewish neighbors to set them apart. In some towns they had to wear a yellow hat or a Star of David. These restrictions sparked a movement among Bukahrian Jews: They decided to separate themselves by wearing the most colorful and luxurious clothing they could afford. Muslim men wore black and white head coverings at that time, so Bukharian men started wearing the colorful kippot familiar to many American Jews and popular among children and hipsters.

At a traditional Bukharian seder, family members and guests sit around the table by seniority. The elders sit closest to the host, and women and men traditionally sit on opposite sides. (Today some families alternate man-woman-woman-man.) The young people in the family are responsible for bringing water around the table for everyone to wash their hands before the meal. After each cup of wine, we rinse our cups with water so we don’t mix wine from one cup with wine from the next. There is usually one designated person to perform that task, and it is a great honor to do it.

On the seder plate, instead of a lamb shank, we have a lamb foot. Instead of horseradish, we have romaine lettuce. We have a special charoset, known as chaliko (see recipe below). We also have our own Haggadah that has Bukharian (Judeo-Tajik or Judeo-Persian) songs written in Hebrew letters. We do not sing Echad Mi Yodea, the traditional end-of-seder Hebrew song. Rather, we sing Yakumin Ki Medonad in Bukharian. We also have our own version of Chad Gadya—Jon Buzghole—that is about the circle of life.

Our seders are very interactive. We have skits where we pretend to be Jewish slaves who have just escaped from Egypt. Before the afikomen is discovered, an elder walks around the table asking who has the afikomen and “whipping” everyone with a towel so they feel a little bit of the pain that the Israelites did when they were slaves.

As for the food, some of us make our own matzah like we did in the old country. Our matzah resembles laffa flatbread, although today many Bulkharian Jews in the United States eat store-bought matzah. We eat kitniyot, so we always have a variety of rice dishes.

Below you will find two Bukharian Passover recipes. The first is for a meat soup that we use as a dipping sauce for our matzah. The other is for Bukharian charoest, which sometimes includes dried apricot. Chag sameach to you and your family!

This recipe comes from Classic Central Asian (Bukharian) Jewish Cuisine and Customs by Amnun Kimyagarov. Serves 8 to 10/makes about 15 cups.

*If you cannot find these from an Asian, Persian, Central Asian/Russian, or Middle Eastern specialty grocery store then substitute with dried California apricots and several tablespoons of freshly squeezed lemon juice until you have reached desired tartness.

This recipe is courtesy of Michelle Natanova, a member of Queens College Hillel, and her grandmother Margarita.

Wash the raisins and inspect the walnuts before use, to ensure that they do not have any insects. Grind the raisins, walnuts, and apple together. Add enough wine to smoothen out the mixture and make it soft. Some people add in dried apricot. 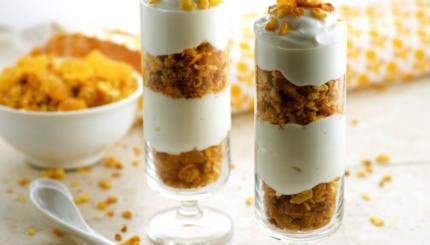