I believe it’s not an uncommon experience to be at a lecture or gathering where someone steps in front of the podium and says to the audience, “You can all hear me, right? I don’t need to use the mic.”

Sometimes the speaker presses on, not noticing when someone signals them to use the microphone. More often than not, no one interrupts to ask them to use the mic. Perhaps because they can’t hear the question, or they understand the question to be rhetorical, or they realize the burden of announcing their need publicly has been placed on them and they just don’t feel like calling attention to themselves.

I’m not proud to admit I’ve been guilty of doing this very thing.

I understand the many reasons why people who are trained public speakers, who believe themselves to have a strong voice and a commanding presence, might prefer to be untethered from the microphone. Personally, I can’t stand the sound of my amplified voice and dislike being forced to stand behind a stationary microphone. Lavalier mics are an option but are inefficient for women not wearing blazers, with no lapels on which to pin them and no pockets in which to place transmitters.

I’ve come to appreciate that these reasons for not using a microphone are completely irrelevant to those in the audience who have difficulty hearing. Again, I’m not proud to admit I learned this lesson only when I was faced with an illness that forced me to use a microphone for several months, even when speaking to a group of 4 students in my small classroom.

During rabbinical school and throughout the first ten years of my rabbinate, I sought treatment for what some voice therapists call “teacher’s voice,” caused by the inflammation of nodules on my vocal cords. At the start of the school year in my eleventh year of teaching an ENT gave me a dire prognosis: I could have surgery to remove the nodules, but this was not without risk, as Julie Andrews’ experience demonstrated. Furthermore, if I didn’t take immediate measures to stop straining my voice, I would eventually permanently lose the most important tool of my trade. Stepping away from the mic was no longer an option.

In my second decade of professional life, I began to encounter students and congregants with profound hearing loss, some with hearing aids and others with cochlear implants, who taught me to be sensitive to their needs by unabashedly asking me to make accommodations for them.

When students who require captions to follow the fast-paced dialogue in an old movie on DVD, but I can’t get the technology to work.

When congregants who are eager to participate in an interactive Torah discussion and sit in the front row, but I pose a question and instruct them to talk to the person seated next to them, which creates significant ambient noise in the room.

I also occasionally forget to repeat a question or comment into the microphone, and I’m reminded when someone calls out “would you please repeat the question for those of us who couldn’t hear?” That’s been happening less lately since I’m usually the person at the front of the room straining to hear the person at the back of the room. I’ve started to accept my own limitations, asking people to repeat their questions, thinking about having a wireless microphone for people to pass among the crowd, researching lav mics that use BlueTooth technology and a smartphone to transmit my voice while I move around the room.

Recently, I came across an article in The Washington Post about the problems noisy restaurants pose to people who are hearing impaired. I posted it on my Facebook page, and quite a few friends commented. One wrote: “I can get by in most settings. Restaurants are tricky. I’ll often wear my hearing aids if I know I’m going to be dining with more than one person in a restaurant with noise potential. I also wear them in cocktail party settings; not so much because they help as they provide a signal to people that I might not hear them if I don’t respond.”

I personally don’t struggle in noisy restaurants, but I did run into some difficulties when I began working out at a gym where the music is loud and the coach gives instructions through a headset. All I could hear was a string of nonsense syllables shouted over a booming bassline and song lyrics. At first, I’d wave sheepishly to the coach to ask for clarification, but I’ve grown more comfortable asking the person next to me what the coach said, and I’ve learned to tune out the noise and just listen to my body.

Nevertheless, these experiences lead me to wonder: Who is responsible to ensure the inclusion of people with varying abilities in our community?

When we are careless—not malicious, but careless—about inclusion and place the burden on the person with hearing impairment to signal everyone else that they can’t hear, we may cause people embarrassment. The ancient sages compare public embarrassment to murder (Talmud Bavli Bava Metzia); the rabbis exaggerated to make the point that public embarrassment causes people pain. While our overlooking people and forcing them to ask for accommodations may not be shaming them, we may be discouraging people from participating in community life.

Maybe we begin by stepping up to the mic. 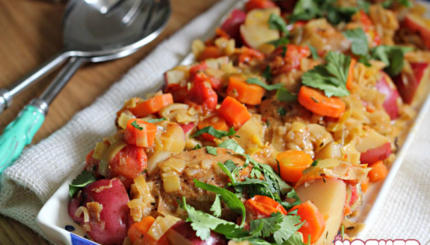