I’ve told stories about home invasion. Police laughing at our report. An attacker on the ferry. A rude boss with an onion fetish.

These aren’t easy stories to tell. For 20 years I was afraid to sleep, afraid of my own bed. But I can speak now.

Because 20 more years have passed. My body no longer recoils when I remember.

And because these stories are straightforward. Even the most judgmental critics could agree. I was exactly where I should be: home, work, and public transit. Wearing what I should wear: pajamas, long-sleeves, a heavy coat. Doing what I should be doing: writing, sleeping, stacking boxes.

But I’ve got other stories, too. More recent stories. Stories I’m ashamed to tell – because I’m not sure they would be viewed as assaults. When I tell them, I second guess myself. They took place in men’s homes, offices and cars. Places I could have chosen not to go. Offers of hospitality I could have declined. By being a guest, did I implicitly consent?

No, says the Torah. No, no, no. A host may not assault a guest. Remember the story of Sodom? A city so horrid God planned to destroy it?

Two men — traveling angels in disguise — arrive in town. Through their eyes, we see the horror: Sodom has a culture of rape. No one but Lot will shelter the travelers overnight. A mob storms Lot’s house, yelling, “Give us the men so we can rape them!” Lot knows he ought not to surrender his guests. So he says, “Take my daughters instead.” The angels stop him and strike the mob with blindness. Early the next morning, they grab Lot’s wife and daughters and run. They save Lot too — an incomprehensible move until you read the conclusion of this grim fable.

Fire and brimstone rain down on the city. Mrs. Lot dies. Lot and daughters set up camp in a cave. Surely by now, Lot’s daughters hate him. “I wouldn’t want you as the grandfather of my children unless you were the last man on earth!” they must think. But guess what? Recent experience tells them he is the last man on earth. So they drug him and rape him — to harvest his sperm. Thus, they believe, they save the human race.

What’s the sin of Sodom? Our prophets Amos, Ezekiel,  and Jeremiah offer interpretations. Oppression. Idolatry. Arrogance. Adultery. But the peshat, the simple text of the story, is less delicate.

Sodom is a rape culture. Enter the city at your own risk. Accept hospitality and you’ve invited assault. One ethical man lives there. But he’s a rapist too. And he’s initiated his children into the culture.

I want to believe that we aren’t in Sodom. That women, men, and children are safe from sexual assault. That hospitality is sacred. That if my host attacks me, he, not I, has sinned. I want to believe.

But I don’t believe it yet. Because #MeToo keeps rolling in. We’re still discovering the painful truth. Too many of us feel we are in Sodom — unable to see the way out.

How two girls' lives were complicated by their father's actions. 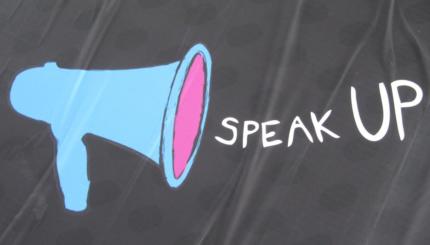 The Real Sin of Sodom