We spoke to LGBTQ activist Sarah Weil about the Meeting Place and how it is transforming the public space into a place of LGBT visibility and dialogue. Weil will join A Wider Bridge in Boston, New York, Los Angeles, San Francisco, and San Diego to share the work of the Meeting Place. You can donate to the Meeting Place here.

Tell us a little bit about your background and how you got into activism.

I’m a longtime LGBT activist here in Jerusalem. I spent a few years in the ultra-Orthodox world and went through a very difficult period with my sexual orientation and gender identity. I eventually realized that in order to continue to live and continue on my spiritual and religious path, I would need to be in a loving relationship, and that could only happen with another woman. Ever since then I’ve been trying to bridge my LGBT identity and my observant Jewish identity, including volunteering for Bat Kol, a religious lesbian organization. In 2011 I founded the Women’s Gathering, which is building authentic Jerusalemite LGBTQ women’s community based in Jewish values. We create community through producing cultural and arts events for LGBTQ women in Jerusalem through a variety of initiatives, including a Shabbat community, a lecture series, and the Women’s Gathering flagship event, which partners with local businesses and adds them to our growing network of gay-friendly spaces in Jerusalem.

Can you talk about the Meeting Place and how this work began?

The stabbing at the gay pride parade and the murder of Shira Banki z”l in 2015 was a watershed moment for Israeli society. Everyone felt under attack, including the ultra-Orthodox community, which felt completely misrepresented. The entire society was in shock that something so horrific could be committed in the streets of Jerusalem by a seemingly religious Jewish person. The Yerushalmit movement saw this need to come together as a society, and decided to have the shiva (seven-day mourning period, which usually occurs at a private home) in a public square in order to give the entire civil society the ability to come together, mourn, and heal.

When the shiva ended, we saw that what had spontaneously developed was an incredible model of social engagement, a way for breaking down barriers and building bridges between different people. We knew we had to continue. We’ve been at Zion Square almost every single Thursday night since the murder. We have dialogue circles that are facilitated by professionals, intense face-to-face encounters outside of the circles, and a trauma specialist and other trained professionals on-site to ensure that the conversation doesn’t become violent. It’s not a safe space, because a lot of the discussions that happen there are very difficult. I call it a “brave space.” We are trying to take the diversity of Zion Square that’s already there and encourage people to speak and meet.

What have been the results  of the project?

It’s made an incredible difference from the time that we’ve started. Personally, I’ve had hundreds and hundreds of conversations, and I’ve seen anger and fear turn into recognition and respect over and over again. And that’s just me.

The radical-right-wing militant anti-assimilationist organization, Lehava, protests the gay pride parade every year. They are militantly anti-arab, and they occupy the square on Thursday nights, opposite our project. I’ve engaged with a number of Lehava activists, who are often youth at risk attracted to this kind of ideology because it gives them a sense of purpose, belonging, and direction. I even have a friend now, who I met in the square, who handed me one of their flyers, and we ended up having a 40-minute conversation on the spot which ended in mutual recognition and respect, and I haven’t seen him pass out a Lehava flier since. He’s still very right-wing and his ideology has not changed, but I think that our interaction opened him up to a different perspective.

Our presence in Zion Square has played a large role in the transformation of its atmosphere, which has been known for being violent. We bring music, art, youth groups, preparatory programs, pre-army programs, and are slowly transforming the energy of the square. For instance, the Israel Festival decided to have one of its main installations there this year, and the Jerusalem Season of Culture had one of their art projects in the square. The municipality renewed their interest in an urban re-design of the square, and we were able to include in the criteria that the space should be designed to promote dialogue.

With this project, we are bringing LGBT visibility to the heart of Jerusalem every single week, beyond just once a year at the pride parade. The goal is to normalize the sight of the LGBT flag, and LGBT identities. At the beginning it was a sight that almost couldn’t be seen or handled, it was so offensive to many people. Now there are nights when I stand there and ultra-Orthodox people pass by, and no one comes up to me to say anything. Those nights I’m almost disappointed! But really, I recognize that as a big success.

The project essentially brings all of Jerusalem’s residents together to promote pluralism in the public sphere. Every week, we have a different topic for the dialogue circle, usually based in something that’s particularly relevant for that week. It’s become a platform for every sector of Jerusalem civil society to come and express itself. Connecting with other communities and allowing the LGBT cause to be part of a larger movement to create a pluralistic society, I think that that’s a much more effective approach.

Are there any challenges or setbacks that have happened for this movement?

My empathy can sometimes only go so far. I try to use the tools of nonviolent communication, listening beyond someone’s rhetoric to try to hear their fear and pain and where they’re coming from. Someone can be spewing all kinds of homophobic curses at me, but I don’t usually let it affect me. I try to focus on the human being beyond their politics to the actual person, because I’m asking them to do that for me. However, there are times when I am having a bad day or not particularly strong and I become reactive. And I actually allow the ugliness to have a reality, a meaning of its own. The second that I react to the ugliness and hatred and expression of fear, I validate it to a certain extent, and then I’ve lost my ability to facilitate the process, and the conversation has lost its potential to become transformative.

When I’m able to hold space, even for a person’s ugliness, usually what happens is, they see that I’m not reacting to it, and then something softens a bit. My response then is not to anything that they’ve said, but to a kind of fear that I’ve identified between the lines. If I speak to that fear, all of a sudden that disarms them a bit, and once that happens we can move the space of the conversation into more of a dialogue, where there’s talking and listening. If I’m able to do that, there’s almost always a breakthrough moment, where the person feels heard and validated in their essential fear. Once that validation happens, then they’re open to really, really hearing me and empathizing with me. That’s a successful conversation.

How did you, as an openly lesbian woman in Jerusalem, gain this empathy for people who are so against your existence?

I think that from an extremely early age, I felt like an outsider, in terms of my gender identity. I’m not trans but I identify with trans people because I do experience my gender as something that is not reflected back to me in society, and I don’t understand the categories with which people usually relate to each other in terms of gender. I guess the alienation and the aloneness that I felt also gave me a deeper sense of how to speak other people’s languages in order to relate to them. I developed the skills of listening beyond myself and hearing someone else. The activists that are working on this project, myself included, have a fundamental belief in the goodness of every human being, and that belief that every single human being is created in the image of G-d enables us to have near infinite amounts of empathy. Sometimes the image of G-d is hidden by violence and homophobia, but the humanity of the person is still there, and it’s just a matter of bringing it out, and people are really grateful for that.

What are your goals for the future of this movement and Jerusalem in general?

I think that Jerusalem is the laboratory of the world, meaning that the challenges that we face are, in the extreme, the challenges that the world is facing today. Any progress that can be made in Jerusalem will have a ripple effect on the rest of the world. We’re dealing with people who live in vastly different worlds, who hear the same sentence but understand it completely differently. If we can build bridges and a common language here, we can do that anywhere.

There are three concrete things that I’m working on right now. First, is to develop a training program that will be based in the tools of nonviolent communication, adapted for street dialogue, to train new activists to carry out these dialogues. The training program will enable us to expand to other city squares in Jerusalem that are in need of dialogue, and eventually other places in Israel. The second thing that we need is to have a researched theoretical model for this type of dialogue and a methodology of evaluation, which is something that I’m working on now, to find an academic institution and the right program to partner with. Third, this past year we had a memorial for Shira Banki z”l with three simultaneous dialogue circles in different squares in the city. The goal for this year is to work with our partner “Shira Banki’s Way” and organizations in other cities to create a national memorial evening with events in other parts of the country. We want to keep Shira’s memory alive in Israeli consciousness and to transform the tragedy of her death into something that promotes life and brings people together. 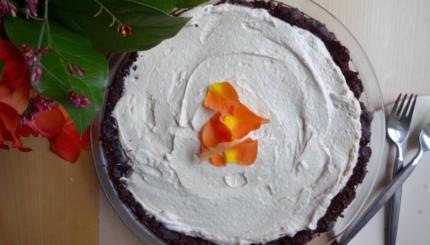