“The birds are gone.  The life that throbbed through tree, bush and grass is stilled.  The ground is frozen so that it hurts our feet to tread on… it is winter in my life since the guardian angel of fifty years no longer walks by my side on earth.”

So wrote Helen Keller in a letter to Rabbi Charles Mantinband on November 24, 1936.  On October 20, her caretaker, companion and personal “miracle worker,” Anne Sullivan Macy, had died.

The history team at the ISJL discovered this letter a few days ago while going through documents of Rabbi Mantinband, which had been donated to the ISJL by one his descendants. The collection consists of eight boxes of personal letters, journals, diaries and scrapbooks that collectively document his extraordinary life.

Rabbi Mantinband was born in New York City but, after World War II, moved to Alabama with his family. This was the beginning of a tenure in the South that would last until his death in 1974. After Alabama, the Mantinbands moved to Hattiesburg, Mississippi, where the rabbi became an active participant in the civil rights movement.

Mantinband was also apparently a supporter of the American Foundation for the Blind, an organization that was founded after World War I and still exists today. Helen Keller was a devoted member of and contributor to this institution. Hence, we have a letter from her to the rabbi. It is a thank-you letter, and possibly the most lyrical one I have ever seen. The last paragraph reads:

“Out of the darkness in which she [Sullivan] died and I still am living I thank you, O friend, for the joy of lending a helping hand to those whose eyes seek the light in vain… May God’s blessing rest upon you for your generosity to the American Foundation for the Blind, whose activities comfort the sightless with the rod of counsel and the staff of self-help.”

Archival research is an area of history that I have been exposed to for only about a year, but I have already come to appreciate the joy of it. My history internship at the ISJL has helped cultivate this love, through the lens of Southern Jewish history. I know now the exhilaration of meeting someone through the things that he or she has left behind.  Historical figures are often robbed of their personalities in the celebration, or refutation, of their deeds. Reading letters typed or scrawled to a loved one and messily penned diaries is a way to temporarily revive the person that wrote them, and get to know them despite the barrier of the grave. The wit, kindness, and intelligence of Rabbi Mantinband shines through the pages.

The other joy of reading through historical papers is the chance of finding things that appear to be completely random, but also completely significant. Like a signed letter from Helen Keller.

One of my professors at New York University said once that one of the great attractions of history is that studying it is like filling out a crossword puzzle. In the end, everything is connected. You just have to figure out how. 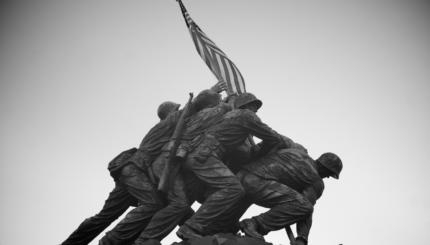