In this week’s Torah portion, Hukkat, Israel is given an interesting law. We are commanded to give a perfectly red cow, slaughter it in front of the kohen, or priest, who then does the usual blood sprinkling for offerings. Then, in front of him, the entire cow is burnt to bits. Then, another person who is tahor, gathers the ashes, sets them aside in a tahor place, and those ashes are used to make other people tahor.

Without getting too far into what tamei and tahor really mean (usually people define them respectively as impure and pure, but they really mean, unable to come before God in the precincts of the sanctuary, and is not a commentary on one’s cleanliness), here’s the curious thing. Everyone who touches this cow, these ashes – from the kohen, to the one who burns it, to the one who gathers the ashes (and who must start out as tahor), all of them, are made unfit for the Temple by what they do.

But why? Although this section is one that a large number of notable commentators express their puzzlement over, or simply say that the mitzvah here is simply to teach obedience, in the wake of this week’s racist murders in Charleston (and the wider wake of Baltimore, Ferguson, and so many more), I actually find myself somewhat less puzzled than I might have been at other times: It doesn’t matter whether it is our hand that has brought death about. In fact, it doesn’t even need to be our actions that have directly been involved. It’s enough that we are part of the system that brings us into contact with it: kohen, korban (sacrifice), collection of ashes. All of us are unfit to enter the Temple precincts. Not until there is no need for any further sin offering — not for the people of the community, not for those who have been directly involved, not for those who simply watch afterwards, in horror — until the community as a whole is fit, all of us are touched by the sin.

This motif will be repeated in about two months in the Torah portion Parshat Shoftim, with the ritual of the eglah arufah – the sacrifice made when a murder victim is found between two towns and the murderer is unknown. There, too, the communities are not exempt, and not innocent, and must make an atonement – they did not do what was necessary to protect not only their own, but also the stranger nearby.

We, too, are guilty. We are guilty that we have not curbed gun violence, even though we have good data about what it would take to do so. We are guilty of racism, and not speaking enough about it when it is not we who are threatened. We are guilty of allowing “us” and “them,” to exist as categories in our heads, and in the world.

And though our planet is so filled with ashes that by rights we should not be able to breathe, there is no red heifer to purify us.

What holiness meant to the sages of the Talmud. 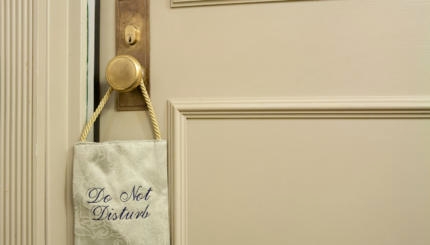 Is pleasuring oneself permitted in Judaism?