Earlier this week, Rabbi Shira Stutman wrote a short essay in Slate about her realization that when she was in middle school, she had been a “mean girl.” After seeing it posted several times in my Facebook feed, I went and read it.  I don’t know Rabbi Stutman personally (although we move in the same circles, and people I know and respect like and respect her, and I’m pretty sure we’ve met once or twice), and frankly, my initial reaction to the post was …subdued, compared to – well, certainly compared to a great many of the comments posted.

It was the level of vituperation in the comments that led me to spend some time thinking about whether I had missed something. Certainly, her point that we all struggle to be our best selves and don’t always succeed is not novel. Her opportunity to reflect on whether or not there are still parts of her which bully others, is reasonably laudable. So, what was it that so incensed so many of  her readers?

Then this paragraph caught my eye:

The Lavender Ladies, by the way, remain my lifelong friends. They are the ones who I would trust with anyone or anything, the ones who danced at my wedding, who flew cross-country when my father died, who hold my deepest secrets. They now are mothers of daughters, too, deeply involved in the work of justice and of building community. They are Good People. We want our bullies to be Bad People, but, like Whitman says, we contain multitudes.

Certainly all the Lavender Ladies were children, and they grew up. But it is enough to say that they are good people because she trusts them, because she has remained friends with them, because they are deeply involved in work she respects?

They were children who -together- were on the cusp of adulthood, and they acted as a group. She asks herself about whether she is still, somewhere within, a mean girl (an appellation I hate, by the way, for its genderedness – my experience is that boys engage in just the same kind of behavior)? But what now bothers me is that there was no examination of the group dynamic – are they good people, if they act well towards one another? Is that enough? I would say no, it’s not. We know that people act differently in groups, that we are susceptible the actions and attitudes of those around us. The rabbis recognized this – it is why we have Jewish law – halacha is intended to build a community where the group dynamic is influenced from the start. That’s why there is such picayune attentiveness to the minutia of daily life as well as broad sweeping principles in halacha. It’s not sufficient of course, but it may well be necessary.

We know from studies that people are inclined to act well towards people who are in their group. We know that groups can be easily led to be not just competitive, but downright ugly towards those “outside.” We also know how those “in” and “out” groups get formed – often by picking an out group and defining ourselves in relation to it. Groups made this way form easily, and are difficult to break down.

It’s actually pretty likely that all the Lavender Ladies did grow up to be decent people. In fact,  they were probably all decent people even in middle school – except when they were together, and happened to come upon the wrong person.

What I would like to see is us questioning ourselves not about whether any of them – by which I mean “us” – are good or bad people, but whether we are good or bad groups. Americans have very little sense of ourselves as being defined by group identities – especially those of us who are or can pass as white. And yet in many ways it is our groups which define us most deeply. There is even a social theory that posits that our personalities are actually only a collection of social ties. It is how we act in our social networks that most shows who we are – and perhaps is most truly who we are. It is easy to be a lion when you’re the only cat in the room.

As adults, we engage in this same kind of behavior more subtly – and more powerfully. How does this kind of group think inform the way we talk about what’s going on in Israel? Between different aspects of the Jewish community? The way we talk about poverty? As children, we can hurt one another badly enough, but as adults, the very same dynamic can play into politics on even a global scale. Rabbi Stutman opened a very important conversation, but if we leave it at one individual  examining her actions as an individual, it is simply not enough. Because even if we are not each guilty, we are certainly all, together, responsible.

All the measures of the sages are true. 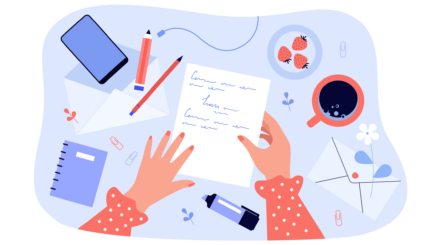 A Letter to My Past Self (of Future & Fate)

Dear Younger Jessica,I want to formally introduce myself to you as the future Jessica. The Jessica that would have never ...