Jews read sections of the Torah each week, and these sections, known as
parshiyot, inspire endless examination year after year. Each week we will bring you regular essays examining these portions from a queer perspective, drawn from the Torah Queeries online collection, which was inspired by the book Torah Queeries: Weekly Commentaries on the Hebrew Bible. This week, Gregg Drinkwater, former Colorado Regional Director of Keshet, considers the “prophesy” of LGBT Jews, and how it can powerfully change Judaism.

In the opening lines of Parashat Re’eh, Moses shares both a blessing and a curse with the Israelites. “The blessing: if you obey the commandments of the Lord, your God, which I command you today. And the curse: if you do not obey the commandments of the Lord, your God, and you stray from the path that I command you today.” (Deuteronomy 11:26-28) Fair enough. Moses seems to be offering a perfectly reasonable and clear proposition — one with which most Jews can feel comfortable, whatever variety of Judaism they follow.

The followers of the various Jewish movements, then, all feel eligible for the blessing, and reserve Moses’ curse for someone else, somewhere else. We are all Lake Wobegon Jews – each of us above average. So far, so good.

The Chatam Sofer, a fierce opponent of change who lived in the late 18th and early 19th centuries, famously responded to the Haskalah (Jewish Enlightenment) and early Reform Judaism by ruling “hadash asur min ha-Torah” (anything new is forbidden by the Torah). This concept had a profound impact on what we today call Ultra-Orthodox, or Haredi, Judaism, and it helps explain the traditional dress and habits of most Haredi Jews (although the fact that it’s impossible to find a Haredi Jew without a cell phone – at least in Israel – is another matter). Of course, one interesting problem with hadash asur min ha-Torah is that this idea is new in itself, thus making it an oxymoron. Leaving this problem aside, we can take from the Chatam Sofer that all change is forbidden – change to the Oral Law, Halacha, tradition, etc.

In contrast, Joseph Albo, a 15th-century scholar, wrote in his Sefer Ha-Ikkarim (Book of Principles) that “it does not necessarily follow that a divine law cannot be changed…the Torah merely warns us not to add or to take away from the commandments on our own account. But what can there be to prevent God himself from adding or diminishing as His wisdom decrees?” Albo isn’t suggesting that we should re-write Jewish law as we see fit, but rather that prophets may come along from time to time and we should remain open to their insights. We can skip going into the details here and simply focus on Albo’s insistence that change is indeed possible, despite what Moses tells us in Deuteronomy 13:1.

Now on to our contemporary world and one of the most pressing questions facing Jewish communities in relation to lesbian, gay, bisexual, and transgender issues: What does Jewish law tell us? And if we aren’t satisfied with the answer, what can we do about it?

Commonly, Leviticus 18:22 is interpreted to explicitly forbid sexual relations between two men. Lesbians aren’t referenced directly in the Torah, but we have two-and-a-half Talmudic discussions that are commonly understood to indirectly prohibit sex between two women. As for transgender Jews, the commandment in Deuteronomy that prohibits cross-dressing, as well as the prohibitions on modifying the body are, once again, commonly understood to forbid living a transgendered life. For each of these, I gave the caveat that they are “commonly understood” to prohibit this or that, because there are indeed alternative interpretations.

But let’s, for a moment, ignore or bracket those variant interpretations and ask instead how we can move beyond these limits and affirm LGBT individuals, while remaining true to Jewish tradition and to halacha. Hadash asur min ha-Torah? Anything new is forbidden? Perhaps, but such fundamentalism only resonates with a tiny minority of Jews, and in any case, it’s not always clear that even the most insular haredim make an absolute commitment to this principle.

Must we wait for a new prophet to channel the will of God, following Albo’s formulation? Maybe we already have one. How would we know? Could the wisdom and spark of our LGBT rabbis be a form of prophecy? What about the lives of gay and lesbian families? The loves of transgender and bisexual couples? The commitment to tikkun olam, justice, and chesed (lovingkindness) shining forth from LGBT synagogues? What truth can the Jewish world learn from its LGBT brother and sisters? What prophetic vision do LGBT Jews bring to Torah?

A teacher in Jerusalem told me once that Sir Jonathan Sacks, England’s chief rabbi, once said “Judaism never changes, but halacha does.” This teacher went on to explain that at Sinai, God gave us truth. This is Judaism. We seek a world returned to absolute peace through the coming of Moshiach (the Messiah) – pure goodness. Halacha and tradition, then, help us on our journey from truth to goodness, from Sinai to Moshiach, bringing us closer to tikkun olam. Along the way, halacha and our tradition changes as society changes, allowing us to keep and celebrate the core values given at Sinai. “Observe only that which I enjoin upon you,” or as Hillel once said, “That which is hateful to you, do not do to your neighbor. That is the whole Torah; the rest is commentary.” (Babylonian Talmud, tractate Shabbat 31a)

As LGBT Jews become fully integrated into the Jewish world, thus revitalizing and re-energizing our communities, then will we see: LGBT lives will “be for a blessing.” (Genesis 12:2) 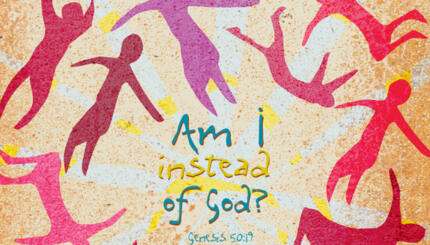 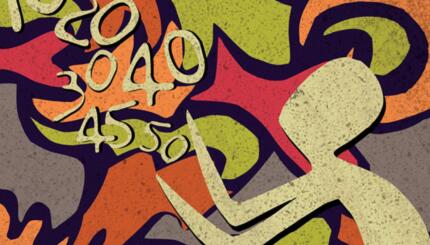