What to Get: The Bar or Bat Mitzvah Gift

Christians and Jews Sharing Shabbat in the Delta

On a Saturday in September 1935, Ervin Goldberg became bar mitzvah on the bimah at Ahavath Rayim in the small Delta town of Greenwood, Mississippi.

On a Saturday in November 1965, Mike Goldberg became bar mitzvah on the bimah at Ahavath Rayim.

On a Saturday in February 1992, Ricky Goldberg became bar mitzvah on the bimah at Ahavath Rayim.

And, on a Saturday in May 2020, in the midst of a global pandemic— Walker Goldberg became bar mitzvah on the bimah at Ahavath Rayim.

L’dor va dor (from generation to generation) over the past 85 years, the Goldbergs have celebrated this proud milestone at the same congregation. Even in the most unlikely of moments, during this coronavirus crisis, Walker and the Goldberg family persevered. It was the first Bar Mitzvah celebration in 26 years; with the very small number of Jews left in Greenwood today, the community’s last bar mitzvah in the building was when Scott Goldberg, Walker’s uncle, was called to the Torah in 1994.

Ahavath Rayim is a small one-room building in downtown Greenwood. Built nearly 100 years ago, Ahavath Rayim’s building filled up with people as the community grew through the early to mid 20th century. In 1937, over 300 Jews lived in Greenwood, Mississippi. However, Greenwood’s Jewish community experienced considerable decline towards the end of the century. Today, few Jews remain.

Despite renovations over the years, the building was in need of major repairs to get ready for Walker’s big day. The stained glass was covered in dust, Torah covers were hardly legible, and cracks scattered along the off-white walls. Led by patriarch and matriarch Mike and Gail Goldberg, the family successfully prepared for the day, even renovating the interior of the building under Mike’s guidance to set the scene to celebrate.

The sanctuary in Greenwood – renovated!

With the pandemic ongoing, the family considered postponing the bar mitzvah entirely until next year. Coronavirus fears and restrictions in place made the prospect increasingly unlikely. Student rabbi (and former Goldring/Woldenberg Institute of Southern Jewish Life Education Fellow) Elias Chajet, who had tutored Walker and was planning on officiating the bar mitzvah, would be unable to come in from out of town. However, given all of the hard work that Walker had put in, the Goldbergs were determined to find a way to celebrate.

The family decided to invite a few close relatives and friends to join them, hoping to have enough adults of age to make a minyan. Steven and Ellen Hirsch, Walker’s maternal grandparents, drove up from Nashville, Tennessee. Steven heroically filled in for Elias to officiate the service. I drove up from my residence in Jackson, Mississippi, to join for the small gathering. To take proper precautions for COVID-19, the family had face masks and gloves available for anyone who needed them and asked all participants to sit at least 6 feet apart in the sanctuary. With more than enough room to house the very small number of people who attended the event, this was no problem.

Thus, with everyone physically distanced and face-masked, Walker walked up to the bimah alongside his grandfather to continue the legacy with his own bar mitzvah celebration!

It was moving to watch as he read from the Torah—the culmination of three years of studying, reading, and preparing. With the guidance and commitment of Elias, Walker was more than ready to step up to the plate. In his thought-provoking d’var torah (sermon), Walker discussed that week’s portion, Bemidbar, in the context of the world today. He explained the connection between the Jews wandering through the desert and all of us navigating this invisible virus, neither sure when the journey will end but both determined to find a way. From beginning to end, Walker remained confident, poised, and ready to begin a new chapter in his Jewish life.

Having worked as the ISJL Education Fellow in Greenwood, Mississippi this past year, I found it extremely meaningful to experience this event with this community of which I have become a part. I am very proud of Walker and also very proud to have served Greenwood during my first year as a fellow. Above all, this moment proved to me that even during a global pandemic and a time when the nation is searching for its soul, small southern Jewish communities are up to the challenge. Even in the darkness that surrounds us, there is still light. 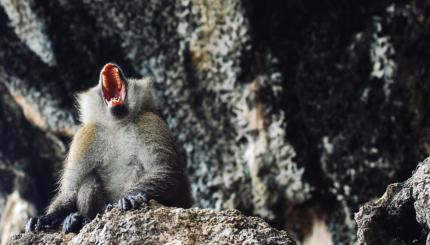 How to Not Strangle the Bar Mitzvah Boy

Working with preteens is challenging, but living with them all the more so! 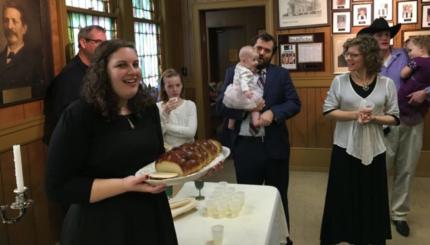 Late this past fall, I received a special invitation in my inbox. Surrounded by bright pink, blue and yellow polka dots, ...