According to legend, at Passover Elijah the Prophet visits every Seder table around the world. As he travels he must marvel at the diversity of traditions that can be found in different communities and regions. These global traditions provide wonderful ways to prompt new questions and interest at any Seder.

While many communities use a special Seder plate to hold the edible and visual supplies for their Seder, Persian and Yemenite Jews place the different items directly on the table, or in small bowls in front of each person, so that they surround the participants, creating a truly immersive environment. Others use a basket covered with a decorated cloth to hold all the different ritual items, as do the Jews of Tunisia, so that they are ready to take them off the table and leave Egypt right away–it adds to the feeling of reenacting the Exodus.

Tactile and visual clues provide another way to enhance the experience. Lately, “plague bags” with different toys for each of the ten plagues have become popular. The Tunisian community has had the same sort of idea for a lot longer. They place a fishbowl with live fish swimming in it on the table next to the Seder plate, to evoke crossing the Red Sea by seeing the fish that swam in the walls of water on either side.

The Jews of Kavkaz, in the Caucasus mountains, took advantage of the tradition outside of Israel of holding two Seders by holding their first night Seder in Hebrew, and the second night in their own language, so as to both hear the language of our ancestors and also be able to deeply understand what is going on. Following their example or modifying it to fit your needs can bring richness and depth to a Seder.

The beginning of the Seder, like the opening scene of a good play, needs to engage and interest the participants. Instead of simply announcing the start, you could begin with the Seder leader or another participant circling the Seder plate over the head of each of the participants three times, reciting “In haste we came out of Egypt,” as is done in Morocco and Tunisia. Each individual responds with “Ha Lachma Anya” “This is the bread of affliction” or with “Avadim hayinu” “We were slaves to Pharaoh in Egypt”. This physically immerses you in the sights and sounds of the Seder.

Alternatively the Jews of Persia, ask each participant to take a turn holding up the plate of matzot and reciting the 14 steps of the Seder in order, ending with “Ha Lachma Anya,” “This is the bread of affliction.” This gives each participant the chance to take a first step into the experience individually, and to commit to this year’s journey to freedom.

As we come to the Maggid section, in which the story of the Exodus is recounted, our core desire is to experience and understand what it meant to go from slavery to freedom. Many communities mixed readings with theater to recreate the sense of adventure and urgency. Consider doing as the Jews of Romania were accustomed to do. When you read the piece of the Haggadah that begins “We were slaves to Pharaoh in Egypt” (In Hebrew “Avadim Hayinu”), take a pillowcase filled with heavy objects, and carry it on your back, around the table. First an older person might trudge around the table with his or her back bent under the load, and then each child could take a turn. In Uganda, they retell the miracle of the modern redemption of the Abayudaya from religious slavery. In Romania, adults would say “difficult to be a slave” over and over as the children experienced the weight of slavery.

Or you might begin your Seder as Iraqi Jews do- then be “interrupted” by a knock on the door. One member of the family dresses up as a nomad, with a hat, knapsack and walking stick. The leader of the Seder quizzes him or her: “where are you coming from?” (Egypt) “Where are you going?” (Jerusalem) and finally “what are the supplies for your trip?,” which cues the ‘actor’ to begin singing the 4 questions.

The recital of the 10 plagues is a disturbing moment in the Seder, as we realize that our freedom comes at the price of someone else’s suffering. At many Seders, each participant removes a small amounts of wine or grape juice from their cup as each of the 10 plagues are read, symbolizing the lessening of our joy because of their pain. Most Ashkenazi Jews remove some with their finger and place each drop on their plates. Other communities make the symbolism more visible. Some Sephardim  pour wine off into a bowl of water, so that by the end it looks red, and we see in front of us the blood of those who suffered so that we could go free. Indian Jews take a slightly different approach and have a Cup of Pharaoh from which the wine is taken, diminishing the power of the one who caused the plagues, and the suffering of his people, through his refusal to let his slaves go free.

One of the challenges of a long Seder is keeping the young ones involved. The Afikomen, the last piece of food eaten at the Seder is, in many communities, one way that we keep children engaged. Often the afikomen is hidden, and children are asked to find it, so that we may end the meal. Other children steal it, and demand that it be ransomed back. Still others follow Bukharan custom, and let children use a towel to gently mock-whip the person who hid it until the location is divulged.

Iraqi Jews take a different approach, and do not hide the Afikomen, but rather tie the afikomen to the back of a small child and tell him or her to guard it, which helps the little one stay awake and aware of their special role in the Seder.

The story of the Exodus from Egypt is the core the story of the Jewish people. It is a universal tale that speaks to global themes of suffering, freedom and faith. Bringing the global custom to your Seder this year can not only bring new meaning to familiar rituals but also connect you with the global traditions of our people. 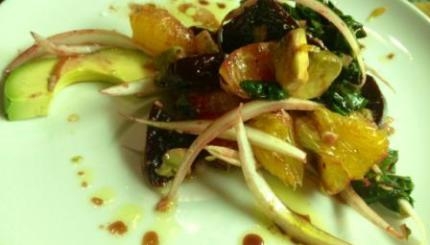 Beet and Avocado Salad with Dill

This is a simple and delicious side dish anytime, that is perfect for the transition from heartier winter root vegetable ... 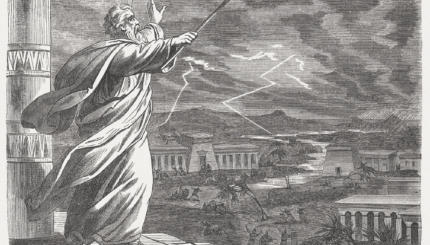