Judaism is a religion built on a foundation of memory. In his masterwork on the subject, “Zakhor: Jewish History and Jewish Memory,” the historian Yosef Haim Yerushalmi notes that the Hebrew word for remember — zachor — is repeated nearly 200 times in the Hebrew Bible, with both Israel and God commanded to remember: to remember the Sabbath, to remember the covenant, to remember the exodus from Egypt. As Yerushalmi suggests, one might argue that the commandment to remember has been central to the survival of the Jews in dispersion over thousands of years. How else can we explain the continuity of the Jewish people through millennia of migration, persecution, destruction, and renewal?

On the Sabbath before Purim — appropriately named Shabbat Zachor — the Torah reading includes the following verses:

Remember what Amalek did to you on your journey, after you left Egypt. How, undeterred by fear of God, he surprised you on the march, when you were famished and weary, and cut down all the stragglers in your rear. Therefore, when the Lord your God grants you safety from all your enemies around you, in the land that the Lord your God is giving you as a hereditary portion, you shall blot out the memory of Amalek from under heaven. Do not forget! Deuteronomy 25:17-19

The commandment to remember Amalek in Deuteronomy is in fact the second time this tale is recounted. In Exodus, God tells Moses to write a document as a reminder of His promise to wipe out Amalek. This is the first reference in the Torah to the act of memorial writing.

The explicit implication here is that the act of writing and reciting, recording history and recounting it verbally, will blot out the memory of Amalek, even though every generation will be forced to confront Amalek again and again. Saul and Samuel battle the Amalekites and King Agag, as described in the Book of Samuel (also read on Shabbat Zachor). Later in Jewish history, we learn in the Book of Esther that Haman, a descendant of Agag, set out to destroy the Jewish people. During and after the Holocaust, comparisons between Hitler and Haman were commonplace.

Remembrance has taken on new implications in the aftermath of the Holocaust. The commandments to remember and bear witness have been integrated into modern Jewish observance through holidays like Yom Hashoah (Holocaust Memorial Day) and Yom Hazikaron (Israel’s Memorial Day). Indeed, the Pew Research Center’s 2013 Portrait of Jewish Americans found that 73 percent of Jewish Americans found “remembering the Holocaust” to be an essential part of Jewish identity, more than any other response.

Zachor — in both the context of Amalek and the Holocaust — reinforces the importance of the victim’s voice and the role of the persecuted in recording their history both during and after collective trauma. This act of remembrance has not only historical and ethical value, but is of great psychological importance, too.

On Rosh Hashanah, the blowing of the shofar connects memory and observance. Blowing the shofar is a reminder of the covenant at Mount Sinai and the patriarchs. In the same way, on Shabbat, observance and remembrance (shamor v’zachor in Hebrew) become interconnected as one utterance in the Lecha Dodi prayer.

Performance of the commandments is thus a tool of memory. Every single Shabbat is a memory of two great events in Jewish history: creation and the exodus. What happened when the Jewish people were remembered by God and left Egypt? They became a nation, and in gaining freedom gained control over time.

History for the Jewish people is not merely the duty of scholars or a religious elite. The injunction to remember is a religious imperative that falls on everyone. It is this internalization of history that led the rabbis to say (as repeated in the Passover Haggadah): “In each generation, every person should see himself as if he personally came out of Egypt.” Zachor brings the past into the present and forward into the future.

As former chief rabbi of the United Kingdom Jonathan Sacks has observed:

There is no sense in Judaism of the atomic individual – the self in and for itself – we encounter in Western philosophy from Hobbes onwards. Instead, our identity is bound up horizontally with other individuals: our parents, spouse, children, neighbors, members of the community, fellow citizens, fellow Jews. We are also joined vertically to those who came before us, whose story we make our own. To be a Jew is to be a link in the chain of the generations, a character in a drama that began long before we were born and will continue long after our death. Memory is essential to identity – so Judaism insists … To be a Jew is to know that the history of our people lives on in us.

The performance of memory — through deeds, actions, and speech — assists in the process of not forgetting. The act of writing, recording, and performing the events after they have transpired also ensures that zachor — as performed collective memory that transcends the individual’s perception of the present and binds Jews to previous generations — remains a central part of Judaism in the past, present, and future.

Avinoam Patt is an associate professor of Jewish history at the University of Hartford and director of the school’s Museum of Jewish Civilization.

Saul loses the kingship when he does not follow God's commands to destroy all of Amalek. 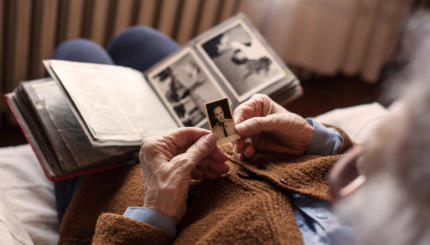 Much of Jewish ritual is built around collective memory. Yizkor is different. 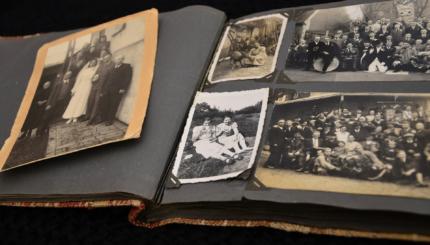