How to Make Krembos, the Most Addictive Israeli Sweet

This Israeli Cheesecake Is Delightfully Easy to Make

Today’s daf features a mishnah describing the views of Beit Hillel and Beit Shammai regarding a minor girl’s right to refuse an arranged marriage, a practice called mi’un.

Four important questions are debated by Hillel and Shammai regarding mi’un: whether it can take place during her engagement or only once she is married; whether she can reject her yavam or if mi’un only applies to a husband or fiance; whether it must be performed in the presence of the rejected fiance; and where it takes place (before the court or not).

Finally, a fifth matter is addressed: How many times may this girl may refuse an arranged match?

Beit Hillel said to Beit Shammai: She may refuse as long as she is a minor, even four or five times (if her relatives married her off again to another man after each refusal).

Beit Shammai said to them: The daughters of Israel are not to be treated with disregard (and should not be passed from one man to another). Rather, she refuses once. And then she must wait until she grows up, and refuse, and marry.

As we learned back on Yevamot 57, it was common in the rabbinic period for minor children to be betrothed, and even married, before they reached the age of consent (12 for girls, 13 for boys, and the presence of two pubic hairs for either). Beit Hillel imagines a situation in which this underage girl is married off multiple times and rejects her spouse each time. According to Hillel, she can do this as many times as she wants up until she reaches the halakhic age of maturity: 12 years old.

Beit Shammai has a different view. He looks at this practice and sees trouble for the girl’s reputation. The Hebrew for the word translated here as “disregard” is hefker — abandoned property. Shammai is concerned that by refusing over and over this girl will be seen as damaged goods even before she reaches the age of 12, and so he limits the practice. She can be married off as a minor once, and if she refuses, she then must wait until she becomes an adult, when she may refuse that original match once more and then marry someone else (hopefully someone of her own choosing) for good.

The Gemara doesn’t decide between the two, noting at the conclusion of the discussion, “this is difficult.” Indeed.

Rashi agrees with Shammai that it is promiscuous to allow a girl to enter into a series of marriages and then dissolve each one verbally. Rather, he says, she should wait until she reaches the age of maturity. After a woman reaches adulthood, and mi’unno longer applies, her marriage can only be dissolved by a get (divorce decree). And, as we will soon learn in Tractate Gittin, a get can only be initiated by the husband, not the wife.

What’s really unique about mi’un is that, unlike for adult women, it gives the minor girl agency to dissolve her own marriage. The mishnah at the bottom of Yevamot 107b reinforces this view when it asks:

According to this mishnah, a minor girl can refuse a match even after consenting to it. And if she was married without consent, she doesn’t even have to do that — she can just walk away. The Shulchan Aruch, the definitive medieval law code, upholds this law (Even HaEzer 155:1), and Rabbi Moshe Isserles, commenting on this passage, notes: “Ideally the court should make sure not to allow the marriage of an orphan minor when it seems it will end in mi’un.”

As child marriage has thankfully become more limited over the centuries, the issue of mi’un has become obsolete. But we can learn from the wisdom of our sages that it’s important to listen to the wishes of daughters who object to marrying those that their relatives choose for them and allow them to refuse. After all, it’s the law.

Read all of Yevamot 107 on Sefaria.

This piece originally appeared in a My Jewish Learning Daf Yomi email newsletter sent on June 22th, 2022. If you are interested in receiving the newsletter, sign up here. 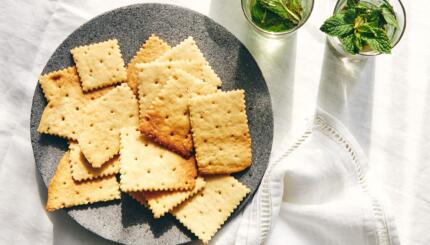 A light and unique biscuit, perfect as a digestif. 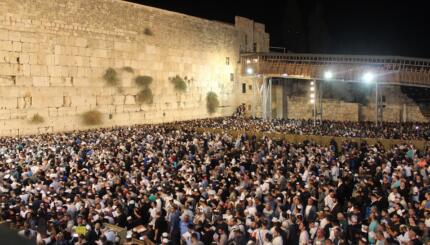 Does God know our innermost thoughts?