Parashat Devarim begins with Moses recounting the history of the Exodus, from the giving of the second set of tablets at Sinai through to the incident of the 12 spies. Moses highlights his own role as leader, and blames the people for the fact that he has been prohibited from entering the Land. Special attention is also paid to the promise of the Land. Moses notes the establishment of the Sanhedrin and the judicial system.

Moses then jumps ahead and reviews some of the final battles that have been fought, including the battles with Sichon and Og and the acquisition of land to the east of the Jordan (in which they were standing). At the end of this portion, Joshua, who will assume the role of leadership after Moses, is assured that, just as God led Israel to victory in the wilderness, so too God will lead Israel in battle when they cross into the Land.

These are the words that Moses addressed to all Israel on the other side of the Jordan…. (Deuteronomy 1:1).

It is from this opening line that the Book of Deuteronomy takes its Hebrew name, Devarim, meaning “words.” And that is what Deuteronomy essentially is: Moses’ words. While most of the other books of the Torah since Exodus are expressed in God’s words, spoken through Moses, Deuteronomy is Moses’ discourse, reiterating God’s teachings and exhorting the People of Israel to follow God’s commands. The Rabbinic name for this book is Mishneh HaTorah — the “second law” (not to be confused with Maimonides‘ code of law called the Mishnah Torah), since almost everything in Deuteronomy has been stated before, albeit in a different context.

It is also notable in this opening passage that Moses spoke to all Israel. The entire people who made it to the border of the Promised Land gather to listen to the words of their leader. As Rashi notes, if some of the people were absent, they might have been able to deny that Moses had said all that he said. By gathering the entire people together, all heard the same words at the same time, and all had the opportunity on the spot to reply if they so wished.

Our sages and commentators had much to say about this seemingly simple line of text. To follow on Rashi’s comment above, Simchah Bunem of Prszysucha, a Hasidic sage quoted in Rabbi Lawrence Kushner and Rabbi Kerry Olitzky’s modern commentary, Sparks Beneath the Surface, taught that each word that Moses uttered was spoken to all Israel. In fact, Rav Bunem emphasized that Moses spoke to each person according to his or her character and age, and according to his or her level of understanding and perception.

In contemporary terms, this indicates incredible educational insight. Moshe Rabbenu — Moses, the greatest teacher our people has known — understood that each person learned in his or her own distinct way, and spoke so that all could understand. This is not an easy feat even for the most skilled teacher, but it is critical if you want everyone to understand.

There is, however, some irony in Moses’ development into such an inspiring teacher and speaker. These opening words of Deuteronomy serve to emphasize that fact. Lest we forget, 40 years earlier Moses was a man with little skill in speech. As a young shepherd, commanded by God out of the burning bush to confront Pharaoh and lead his people out of slavery, Moses responded by saying, “I am not a man of words” (Exodus 4:10). But now Moses has become a master of words, speaking eloquently and sufficiently to fill an entire book and inspire an entire people.

Rabbi Pinchas Peli (z”l) noted that, had Moses been a man of words when he first assumed the mission of freeing the Israelites from Egypt, he might have become, as so often happens, a “captive of his own eloquence.” He might have spent the rest of his life making fiery speeches about the importance of freedom, rather then leading the people to discover it for themselves. What was needed at the time, Peli concedes, was a man of action, not of words.

It was only years later, with many years of experience behind him, that Moses becomes a man of words. His time to speak comes at the end, when he knows that his days of leadership are coming to an end, when he has brought the people as far as they can go at that point, and there is little left that he can do for them. So he uses the little time he has left to share with them his thoughts and feelings and ideas — his words.

And what were these “words” he decided to share at this time? Or, as one midrash (Yalkut, Devarim 788) asks, “Are these the only words which Moses spoke?” And then the midrash provides the answer: “These words are in a special category. These were words of admonition.” Our tradition suggests that Moses’ words, which he spoke to all the people at the beginning of D’varim, were words of rebuke. Rashi writes that Moses, “is enumerating all the places where they provoked God to anger.”

The midrash goes on to say that Moses chided no one until shortly before their death. He wanted to make sure that they would not get into the habit of repeating rebukes, for that would evoke a negative reaction (Yalkut, Devarim 800). Now, just before his own death, Moses takes the opportunity to rebuke the entire community. It is said in Proverbs (28:23), “He that rebukes another shall in the end find more favor.” As a credit to his skills as a preacher, we are told that the people were fully and unanimously receptive to Moses’ criticisms (Sifrei, Devarim 1:1).

No one likes to hear criticism or be taken to task for our own shortcomings. But it is important for our own growth and development on occasion to hear from those we love and respect (and who love and respect us) when we may have strayed from the path to our best selves. As the leader of the people, Moses had to earn their love and respect before he could admonish them.

As Rabbi Peli concludes, “Moses realizes that only a leader who had risked his own life and brought much good to his people has the right to rebuke them for their shortcomings. He must have wanted to say these “words” earlier, but he waited for the right moment. That is why the biblical narrative puts so much emphasis on the place and time of Moses’ speech.”

There are those unbelievers who claim that the Torah was meant to be observed only in the wilderness far away from the settlements of other groups and nations or in the Holy Land, where Jews dwelt among their own, and where no one would interfere with their customs. They insist that when the Jews dwell among other nations, when they live in the midst of another culture and civilization, they must not keep aloof from their neighbors by clinging to the observance of the Torah and its commandments.

It was to refute this argument that Moses explained the Law to the Children of Israel in all the 70 languages of the world before they entered the Promised Land. He wanted to impress upon his people that they were duty-bound to observe the Torah regardless of what lands they might dwell in, because the Torah was valid for all time and for all countries and was not subject to change (Ketav Sofer).

My Killer, My Brother

The instruction not to provoke the descendants of Esau reminds us that there is always potential for family reconciliation. 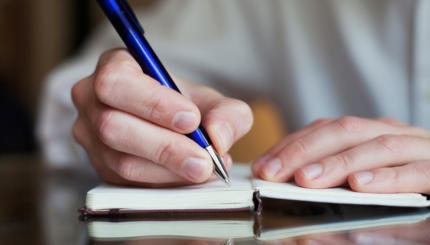