“Tzedek, tzedek tirdof” (“Justice, justice, shall you pursue”; Deut. 16:20) is a major ethical cornerstone of Judaism. Establishing fair and impartial courts of justice is one of the seven Noahide laws–along with the prohibition of blasphemy, idolatry, incest, bloodshed, robbery, and the eating of flesh cut from a living animal (based on Gen. 9:7)–which constitute the basic requirements for any civilized society.

The Torah strictly prohibits anything that perverts justice or even gives the appearance of injustice. During the wanderings of the Israelites after the Exodus from Egypt, Moses exercised judicial power over the people (Exod. 18:13). When the task became too overwhelming, he delegated some of this authority to appointed “chiefs of thousands, hundreds, fifties, and tens … the difficult matters they would bring to Moses, and all the minor matters they would decide themselves” (Exod. 18:25-26).

According to the Torah, judges were to be “capable men who fear God, trustworthy men who spurn ill-gotten gain” (Exod. 18:21) and were “wise, discerning, and experienced” (Deut. 1:13). Warned not to be “partial in judgment,” judges were required to “hear out low and high alike [and] fear no man, for judgment is God’s” (Deut. 1:17). After the conquest of the Promised Land and its division among the various tribes, judges were appointed in every settlement (Deut. 16:18).

The beit din (rabbinic term for a Jewish court of law) was essentially a creation of the Second Temple period. Its establishment is attributed to Ezra, who decreed that local courts were to sit on Mondays and Thursdays in all populated centers (BK 82a), with a supreme court (Great Sanhedrin) in Jerusalem.

There were three levels of courts in Temple times. The highest court in Israel was the Great Sanhedrin, which was composed of 71 judges who sat in the Temple in Jerusalem. This corresponded to the 70 elders and officers who assisted Moses in dispensing justice during biblical times (Num. 11:16-17). Headed by the nasi (president), the Great Sanhedrin exercised sweeping judicial, legislative, and executive powers and was the only court that could try “a tribe, a false prophet, and a Kohen Gadol” (Sanh. 1:5).

In addition to being the sole venue for adjudicating such crimes as an entire town that had turned toward idol worship (Sanh. 1:5) and rebellious teaching by an elder (Sanh. 11:2), the Great Sanhedrin was the site where a woman suspected of adultery (sotah) underwent her ordeal (Sot. 1:4). Judges of the Great Sanhedrin were required to affirm the death penalty of persons convicted of specific crimes (such as being false witnesses or rebellious sons, or of enticing others to commit idolatry) before they could be executed.

However, by far the most important role of the Great Sanhedrin was its development and interpretation of the Oral law, which became the binding authority on all Jews. Any violation of its edicts was liable to the death penalty (Deut. 17:12). This was true even when it appeared that the court may have been in error: “You shall act in accordance with…the ruling handed down to you; you must not deviate from the verdict that they [the judges] announce to you either to the right or to the left” (Deut. 17:11).

Communities with more than 120 people had a Lesser Sanhedrin, which was composed of 23 judges (Sanh. 1:6) and had jurisdiction over most criminal matters, including capital cases (Sanh. 1:4). In smaller villages, a court of three judges (to ensure a majority) was appointed to decide minor cases (civil law) and to remit the important ones to the superior court. They also had jurisdiction in matters of divorce, conversion, absolution from vows, and the power to condemn to a period of involuntary servitude a person convicted of theft who did not have sufficient funds to repay the victim (Exod. 22:2). 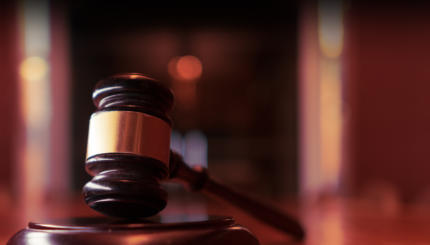 Who are they? What are their qualities?