In Parashat Chukat, the people, angry about living conditions in the desert, gather against Moses and Aaron to demand water. God instructs Moses to order a rock to give forth water. The people’s thirst is thereby quenched, but God punishes Moses, declaring, “You will not bring this community into the land I have given them (Numbers 20:12).”

What has Moses done to deserve such a harsh penalty?

Commentators differ in their answers, some focusing on how Moses struck the rock rather than speaking to it as directed by God. Maimonides, however, focuses on the substance of the words that Moses delivers (Numbers 20:10): “Listen, you rebels, must we bring you water out of this rock?” Maimonides is concerned that Moses’ angry language will cause the Israelites to believe that God, too, is angry.

As I see it, however, the problem is less about the underlying emotion and more about Moses’ use of one particular word: rebels. The word is, in fact, so strong that the location of this water-giving rock incident becomes known as Meribah–a place of rebellion. The Israelites waste no time in living up to their new name. Three chapters later, they again complain about the food and water they have been given. Moses’ choice to define them according to their behavior, it seems, has only reinforced that behavior.

As a teacher, I am struck by how often language can peg a student with an unshakable label. A student labeled a “troublemaker” may live up to this expectation until the day he graduates. If my task as an educator is to help young people reach their own potential, then assigning a label, be it pejorative or apparently harmless (“theater-kid”), can crimp their personal freedom to grow, transform, and express themselves.

If this limiting effect is true when labeling individuals, it is multiply true when labeling groups of people, communities, and nations. During the Cold War, non-industrialized nations without market economies were described as the “Third World.” This hierarchical language placed the United States, Europe, and Australia in a privileged position over Africa, Asia, and Latin America.

Even today, designating countries in these regions as “developing nations” reinforces a continuum of value in which industrialization and economic success define “development,” while indigenous cultures, religions, and social systems languish under the label “undeveloped” or “underdeveloped.” If pride and a sense of self-worth are essential human qualities, then this language is a recipe for humiliation.

With this in mind, the UN General Assembly changed the name of its Special Unit for Technical Cooperation among Developing Countries (TCDC) to reflect its evolving perspective. It became the Special Unit for South-South cooperation, reflecting a growing commitment to value-neutral language in many academic and international development circles.

Closer to home, the school where I teach has wrestled with the terminology of its Tikkun Olam program. Under the guidance of Rabbi Mark Baker, “Community Service,” which implies that the exchange is uni-directional, has given way to “Community Outreach,” which opens a space for mutual exchange, for reciprocity, for true relationship.

We should not, of course, become so focused on finding the ideal discourse that we hesitate to act. In this Torah portion, for example, we can critique Moses’ choice of language, but we must recognize that he also gave the people water. Parashat Chukat teaches us to be watchful of the language we use and, simultaneously, to stay involved. May we never obfuscate the truth with our language. May we never limit human beings with labels from which they may never escape. May language be a tool of justice, a tool of building a civil society throughout the world–North and South. 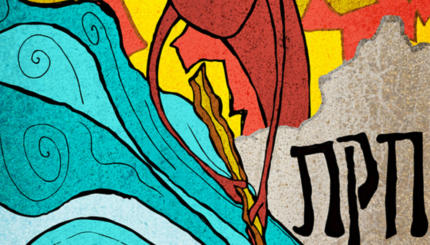 The Call of the Void

The famed red heifer is a key part of a biblical purification process. But why do we need laws to create a system of purity and impurity in the first place?