For thousands of years, Jewish couples have observed the laws of niddah (literally, separation) to sanctify their sexual relationship.

Traditionally, a married couple refrains from intimacy during a woman’s menstrual period and for seven days afterward. Immersion in the mikveh, a Jewish ritual bath, marks the point at which the couple may reunite physically.

To learn more about what mikve’ot (the plural of mikveh) are, including the many reasons Jews immerse in them and how they operate, click here.

The practice of niddah, which is also known as “taharat hamishpacha,” or family purity is based on laws outlined in the Torah, beginning in Leviticus 15:19. The laws of niddah are further elaborated on in a tractate of the Talmud called Niddah, and some women study these laws in a pre-wedding class often referred to as Kallah (Bride) Classes.

READ: When It Comes to Jewish Sexual Laws, It’s 3 Jews and 0 Opinions

According to Jewish law, a woman is in a state of niddah (translated either as ritually impure or ritually unready) while she is menstruating, after childbirth or miscarriage and at any times of uterine bleeding. It is important to note that ritual purity is not the same as general physical purity or cleanliness.

READ: Confronting the Awkwardness of Separating During Niddah

Traditionally, married couples refrain from sexual relations and other physical contact from the time menstruation begins until the time the wife immerses in the mikveh. Some couples sleep in separate beds during the niddah period. Niddah proponents often argue that the practice promotes healthy marriages, because by restricting physical intimacy to a specific window of time, it prevents sex from becoming boring or routine. The practice also generally results in more success with conceiving a baby, since it encourages the couple to resume relations at a time in the cycle when a woman is usually ovulating. 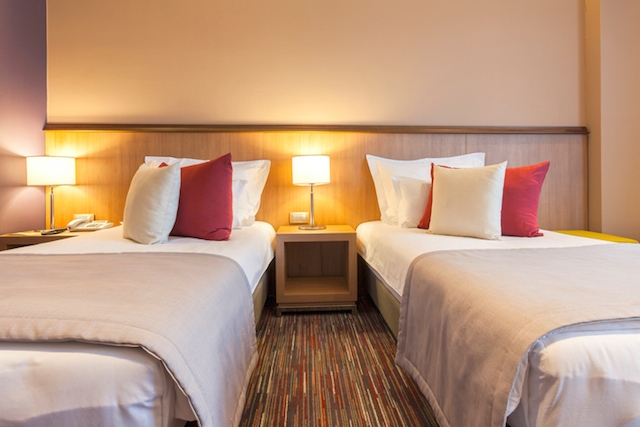 Although for generations many liberal Jews have found niddah problematic, rejecting the practice as archaic and demeaning to women, in recent years, some non-Orthodox Jewish women have reclaimed the monthly ritual, finding new meaning in its attention to women’s reproductive cycles.

READ: I’m a Non-Orthodox Jew Who Loves Going to the Mikveh

At some liberal and pluralistic mikve’ot, like Boston’s Mayyim Hayyim, members of Conservative, Reform, Reconstructionist, Orthodox and Renewal congregations, as well as unaffiliated Jews, are experimenting with monthly immersion and observing it in a variety of ways.

For an immersion ceremony and blessings for niddah, click here.

Adapted with permission from Mayyim Hayyim, a reimagined and radically inclusive mikveh in Boston where education is as important as immersion and all Jews can come for healing, celebrations, life transitions, and conversion to Judaism.

Mikveh Before the Wedding

The whys and hows of immersing in the Jewish ritual bath before going under the chuppah.