Like many modern Jewish women, Adler sought to reclaim Jewish traditions about women by reinterpreting them in a positive way. Adler spoke eloquently of how women, through their menses, embody the cosmic cycle of life, death, and rebirth, of darkness and light. She imagined menstruation as symbolic of loss, and mikveh as an expression of hope and life-giving potential. She pointed out that in Temple times purity and impurity applied to everyone, not only to women. She suggested that the forces of life and death, expressed through the ancient dichotomy of tumah and taharah, were both ultimately good, and that both menstrual separation and the return to sexual activity were holy phases of a woman’s life.

Many women were convinced by Adler’s ideas, and it is now commonplace for Jewish women who write about mikveh to assert what Adler dared to put forward when it was a radical thought: that “impurity” and “purity” are equal parts of a sacred cycle. Adler created a way of looking at mikveh that allowed many women to feel good about mikveh as a spiritual practice.

Adler herself, over decades, came to believe that she had been wrong in her thinking. The women who met her at conferences and praised her for her ideas saddened and embarrassed her. Finally, twenty-five years later as a Reform theologian, she wrote a second article (“In Your Blood, Live: Re-visions of a Theology of Purity,” in Lifecycles 2: Jewish Women on Biblical Themes in Contemporary Life, ed. Debra Orenstein and Jane Rachel Litman, Jewish Lights, 1997) in which she rejected her former philosophy. In this second article, Adler asserted that her first theory of mikveh had been a “slave theology” that purported to sanctify women while enabling their oppression. Adler pointed out that while she claimed that impurity applied to women and men, in actual Jewish life it only applied to women, thus associating women with death. She also re-analyzed biblical texts and indicated that while she imagined niddah (menstrual impurity) as a morally neutral term, the Bible used it as a word for corruption and filth (Lamentations 1:8,17). Adler indicated that her experience of Orthodox practice was that women were labeled as impure and were shut out from reading Torah or even from shaking hands with men because of this designation. She feared that her theology had provided an apologia for misogynistic practices, and wished to replace it with a theology in which purity and bodily reality can co-exist.

Adler’s two articles represent the poles of Jewish women’s experience regarding mikveh. From an uncritical acceptance of the ancient laws, Adler moved to an utter rejection of them, expressing the desire to re-imagine the entire Jewish definition of purity. Yet in her later article Adler praises the new and creative uses of mikveh that women have developed in recent years.

Rabbi Elyse Goldstein: Reimagining Mikveh as a Symbol of Rebirth and Renewal

Rabbi Elyse Goldstein trumpets creative approaches to the mikveh as a way of fundamentally altering the ritual’s impact: “We reject its principal import as a tool of marriage and we open up other avenues for meaning…dip on Rosh Chodesh (the new moon)…open the mikveh during the day… turn the mikveh into a Jewish women’s learning center….” (Goldstein, Elyse. ReVisions: Seeing Torah Through a Feminist Lens. Key Porter Books, 1998, p. 127-128). The alternative uses of mikveh that women and men have invented clearly play a role, for both traditional and non-traditional Jews, in redefining what mikveh means to the Jewish community.

How have Jewish ritual-makers reconstructed the practice of mikveh in new ways? In a 1986 article published in Lilith, Goldstein was one of the first voices that trumpeted mikveh not as an agent of repurification after menstruation, but as a ritual of rebirth during both joyful and difficult times. Goldstein and others pointed out that the ritual bath, traditionally an agent of cleansing and changing, could be used to mourn a miscarriage, recover from a rape, or seek healing from an illness. Women rabbinical students could immerse in a mikveh to celebrate ordination. Women could use mikveh as men had traditionally used it, to welcome the Sabbath or prepare for the High Holidays. The options were limitless. While for some Jews these options were additions to the traditional ritual, for others, these new practices replaced the menstruation-related uses of the mikveh.

New Ceremonies and Rituals for the Mikveh

Now many Jewish feminist ritual-makers have composed new prayers and ceremonies using mikveh as a spiritual symbol of rebirth or renewal. Rabbi Laura Geller, Rabbi Lynn Gottlieb, Rabbi Vicki Hollander, and others have written new ceremonies that use mikveh for creative healing or transitional rituals (A Breath of Life, p. 137). Others use mikveh to mark periods of mourning death, divorce, or other traumas. Laura Levitt and Sue Ann Wasserstein movingly recount an immersion ritual meant to heal a woman after the trauma of rape (in Four Centuries of Jewish Women’s Spirituality, ed. Ellen Umansky and Dianne Ashton, Beacon Press, 1992, p. 321-326). Some people also use mikveh as the center of a covenanting ceremony for baby girls, connecting the flowing waters with the new baby girl’s potential for creativity and life-giving (Fishman, Sylvia Barack. A Breath of Life: Feminism in the American Jewish Community, Brandeis University Press, 1993, p. 125). Arthur Waskow and Phyllis Berman write in their life-cycle book A Time for Every Purpose Under Heaven (Farrar, Strauss, and Giroux, 2002) that mikveh “might provide the pool of meaning through which a baby girl enters the covenant” (p. 24). And some have written new prayers to focus the soul during immersion (Rose, Carol. “Introduction to Kavvanot for the mikveh.” Worlds of Jewish Prayer: A Festschrift in Honor of Rabbi Zalman M. Schachter-Shalomi. Eds. Shohama Harris-Wiener and Jonathan Omer-Man. Jason Aronson, 1993).

Some have even created spiritual “mikvaot” out of swimming pools, air, music or loving hands. The idea is to create the feel of a mikveh rather than to conform to the Jewish legal requirements of a ritual bath. Penina Adelman’s Miriam’s Well, a guide to Rosh Hodesh rituals, celebrates the going out of Egypt with a “mikveh of song,” through which each woman passes on her way to freedom (Adelman, Penina, Miriam’s Well, Biblio Press, 1986, p. 71-72). Elat Chayyim, a Jewish retreat center in Accord, NY, has same-gender group mikveh experiences before Shabbat as part of their spiritual practice, though they don’t use a traditionally permissible mikveh (sometimes, they use a hot tub!).

The theology behind these new rituals, like some earlier theologies about mikveh, views the ritual bath as a way of feeling God’s presence, of celebrating the feminine, or of experiencing a spiritual rebirth. Some modern writers and poets even describe mikveh as a kind of womb, a returning to God’s cosmic amniotic fluid. Ruth Finer Mintz, an Israeli poet, writes to God: “We return past the cup of salt and sorrow, to You, who are wine and water,” evoking both the color of menstrual blood and the flowing clarity of the mikveh (“Kiddush Levana,” in Women Speak to God: The Prayers and Poems of Jewish Women, ed. Marcia Cohn Spiegel and Deborah Lipton Kremsdorf, Woman’s Institute for Continuing Jewish Education, 1987). A modern immersion ceremony for brides uses an ancient biblical image in which God is a mikveh: “May the God who is mikveh Yisrael (the mikveh of Israel…be with you now and always” (“A Bridal mikveh Ceremony,” by Barbara Rossman Penzener and Amy Zwiback-Levenson, in Diamant, The New Jewish Wedding, p. 157-158).

The reclamation of mikveh both as a traditional ritual and as a site for new ceremonies has necessitated Jewish communal interest in mikvaot. One important new trend is the building of mikvaot by pluralistic and/or liberal communities. The mikveh at the University of Judaism in Los Angeles and Mayyim Hayyim, a pluralistic Boston-area mikveh conceived by author Anita Diamant and others, are two examples. Building mikvaot under pluralistic auspices may widen women’s and men’s options for how and when they use the mikveh.

One intriguing exploration of mikveh is Janice Rubin’s “The Mikveh Project,” an art installation featuring photographs of women who use the mikveh, accompanied by their stories of ritual bath experiences. The pictures–some clothed and some nude, all anonymous–show the incredible diversity of Jewish women as well as the diversity of their ideas about purity, sexuality, spirituality, and tradition. A book containing the photographs and stories of the installation has been published as well. This widely known and hauntingly beautiful artwork shows in careful detail the love, ambivalence, anger, and longing many Jewish women feel toward the ritual bath.

Where will the practice of mikveh go in the future? How will Jews imagine purity and impurity, separation and togetherness? Many questions remain. Is mikveh a ritual that should be offered to adolescent girls as a source of spirituality? How might a couple who is not married but is sexually active relate to the practice of tumah and taharah? In what new and creative ways will men use mikveh? What kind of mikveh practice would two lesbians choose? How will Jewish law develop in this area? The options are varied and colorful. The future of this ancient practice is still unfolding. As Marge Piercy writes in her poem “Kaddish”: “Time flows through us like water…” (The Art of Blessing The Day. Middlemarsh, 1999, p. 138).

Excerpted with permission of the author and Ritualwell.

A woman's prayer before entering the ritual bath. 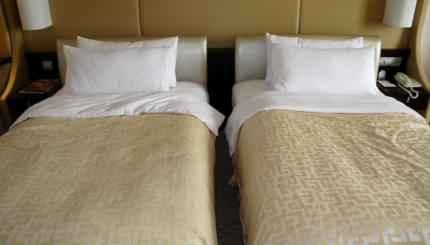 How traditional Jewish women prepare for monthly mikveh use.