In light of the centrality that Rosh Hashanah, the Jewish New Year festival, has assumed in Jewish life, it is surprising to note that this holiday is not named as such in the Hebrew Bible. The only reference in the Bible to a “Rosh Hashanah” appears in the sixth century BCE book of Ezekiel in a context that refers not to a specific holiday, but to a season of the year, the beginning of the year, which could also be a reference to the first month of the year, Nisan (Ezekiel 40:1). One of the peculiarities of the Jewish calendar is that the official celebration of the Jewish New Year takes place not in the first month of the year (Nisan), but in the seventh (Tishrei).

Nonetheless, the Bible speaks of a major festival on the first day of Tishrei, although this does not appear to have been a celebration of the New Year. The Torah mandates a day of complete rest (shabbaton) to be celebrated on the first day of Tishrei, ten days before the Day of Atonement (Yom Kippur). This was a day of remembrance characterized by a cessation from labor and by the sounding of trumpet (shofar) blasts (Leviticus 23:23-25; Numbers 29:1-6). The day seems to have assumed additional importance following the return of the Jews from exile in Babylon. After the first group of exiles had arrived in Jerusalem following the Edict of King Cyrus of Persia, who allowed the exiled Jews to return to their homeland, the returnees celebrated Sukkot (the Festival of Booths), seemingly beginning on the first day of the seventh month (Ezra 3:4-6). Close to a century later, in one of the more dramatic moments in Jewish history, it was on the first of Tishrei that Ezra the Scribe gathered the people at the Water Gate in Jerusalem and read the Torah to them. Although he declared the day to be one of rejoicing and feasting, once again the narrative leads into the subsequent celebration of Sukkot, which actually begins two weeks after Rosh Hashanah.

When is Rosh Hashanah 2023? Click here to find out.

In spite of the return from exile, a large number of Jews remained in Babylon. And it may have been under Babylonian influence that the beginning of the seventh month eventually became the beginning of the New Year, although there are some indications that there were competing traditions in ancient Israel regarding the inception of the year. The Gezer Calendar, a tenth century BCE agricultural calendar, begins the year with the month of ingathering in the autumn, the season of our Rosh Hashanah. Although most biblical festivals such as Passover (Pesach), the Festival of Weeks (Shavuot), and Sukkot are linked to the agricultural year of Israel, there is no such linkage between the celebration of the first day of Tishrei and the agricultural year, in spite of the evidence of the Gezer Calendar. Indeed, each new moon was an occasion to be observed. Why, however, was the observance of the seventh new moon of the year special?

This question was not really answered until the rabbinic period. The Mishnah, a compilation of rabbinic discussions that was codified around 200 CE, lists a grand total of four new years in each Jewish year (Tractate Rosh Hashana 1:1). The first is the New Year of Kings at the beginning of Nisan. It was as of this date that the regnal years of Jewish rulers were to be reckoned. In addition, this day also serves as the New Year of Festivals. Hence, many books on the Jewish holidays begin their discussions with Passover, the first festival of the year according to this reckoning. The second is the New Year for the tithing of cattle at the beginning of Elul, the sixth month (although, the Mishnah records, Rabbis Elazar and Simeon date this to the beginning of Tishrei). The third is the civil New Year at the beginning of Tishrei, which eventually also became the religiously observed New Year. This New Year also serves as the New Year of Sabbath and Jubilee years, as well as of planting and of vegetables. The fourth is the New Year of Trees at the beginning of Shevat, the eleventh month, although the tradition of the House of Hillel eventually became predominant, which began this new year on the 15th day of the month and gave us the minor holiday of Tu Bishvat (the fifteenth day of Shevat).

The Mishnah continues by referring to Rosh Hashanah as the day upon which all creatures stand in judgment before God (Rosh Hashanah 1:2). This theme is elaborated in the Gemara, a commentary on the Mishnah that dates to around 500 CE (Babylonian Talmud). According to this tradition, God opens three books on Rosh Hashanah (Rosh Hashanah 16b). In the first, the righteous are inscribed for life in the coming year. In the second, the wicked are inscribed for death. And in the third, the names of those who are not easily classified–in other words most people–are temporarily inscribed, while their behavior during the coming Ten Days of Repentance culminating on Yom Kippur will decide their fates during the coming year. For this reason, Rosh Hashanah is also referred to as Yom Hadin, the Day of Judgment.

Because of the shofar that is sounded on Rosh Hashanah, the holiday is also designated as Yom Teruah, the Day of Sounding the Shofar. It is both a joyous and a solemn occasion. Since Rosh Hashanah had neither an agricultural nor a historical connection, the rabbis dated some previously undated events to this day. The importance of the shofar or ram’s horn in the liturgy of Rosh Hashanah gave rise to a connection with the story of the Binding of Isaac, the Akedah, in which a ram caught in a thicket plays an important role. Indeed, this is the story that serves as one of the Torah readings on this holiday. In addition, some rabbis viewed this day as the anniversary of the creation of humanity (Yom Harat Olam) and of other significant events in biblical history (Rosh Hashanah 10b-11a). 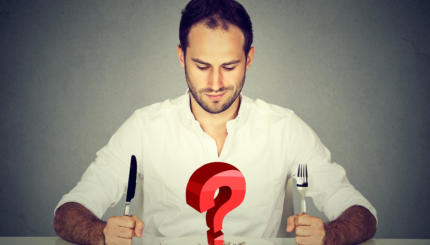 Rosh Hashanah is a time for eating! Jews fast on Yom Kippur, and some other holidays as well.