Rav and Samuel were the two foremost teachers of the early third century CE in Babylon, belonging to the first generation of Amoraim. Both Rav (whose personal name was Abba but who was called ‘Rav’ (Rabbi par excellence) in respect for his great learning) and Samuel were born in Babylon but studied in the land of Israel under Rabbi Judah the Prince.

After Samuel’s death, his pupil Rabbi Judah ben Ezekiel settled in Pumbedita. Thus the colleges of Sura and Pumbedita in the period of the Geonim traced their descent from the early third century.

The two teachers were very different in outlook but always treated one another with respect. From the Talmudic accounts (not always factual and including much that is reported second- or third-hand and therefore to be treated with caution) it appears that Rav was especially learned in religious law and ritual.

To Rav is attributed the majestic prayer for the establishment of God’s kingdom on earth which now forms part of the liturgy on Rosh HaShanah and Yom Kippur. Samuel, skilled in civil law, was renowned as a judge. He was also an astronomer, once declaring: ‘The pathways of the heavens are as familiar to me as the pathways of Nehardea.’

The two Amoraim were placed together in this way because the debates between them were frequent and well known. This does not necessarily mean that the debates always took place face to face.

Two other teachers who are often mentioned together in the same way are Abbaye and Rava. The Talmud refers to both series of debates as examples of the keenest argumentation. 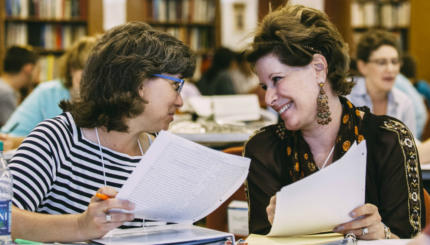 Rabbinic responses to questions of Jewish law enrich the body of halachic literature.