Praying For the Miracle of Israel

The tension between synagogue and statecraft is an old one. Since the destruction of the first Temple in 586 B.C.E., the Jewish community has recognized how our fate is inextricably tied to the welfare of the states in which we live and the quality of their governance. The prophet Jeremiah wrote from Babylon: “And seek the welfare of the city to which I have exiled you and pray to the LORD in its behalf; for in its prosperity you shall prosper.” Jeremiah 29:7 Malbim, a 19th century commentator, explains that abundance comes to the Jewish community through Babylon, and thus we must pray for the governments of the nations in which we live.

Our prayers for the welfare of the government and its leaders is not limited to concern for the well-being of the Jewish people alone. In Pirkei Avot 3:2, Rabbi Chanina teaches: “Pray for the welfare of the government, for were it not for the fear it inspires, every man would swallow his neighbor alive.” These words strongly resemble those written hundreds of years later by the political philosopher Thomas Hobbes, who famously asserted that life without government would be “nasty, brutish, and short.” In this perspective, government plays a crucial role in regulating humanity’s worst impulses and safeguarding the lives of all citizens. While there may be tribulations with certain governments or authorities over time, the idea of government more broadly is embraced by the rabbis as a necessary instrument for preserving life, law, and order.

It’s for this reason that almost all Jewish communities today incorporate a prayer for the government into the weekly Shabbat service, most commonly as part of the Torah service. (A separate prayer for the State of Israel is also commonly recited at the point in the service.) The first such prayer was introduced into the Jewish prayer book by David Abudarham in the 14th century, but many prayers for the government have been crafted over the centuries. While the specific wording varies, most versions ask for blessings upon the land and for government officials to have the counsel necessary to make wise, compassionate decisions in line with the values of our tradition.

According to scholar Jonathan Sarna, the traditional prayer for local government, often called in Hebrew Hanoten Teshuah (“He who grants deliverance”), was firmly cemented into Jewish liturgy by the early 17th century. This prayer emphasizes Jewish loyalty to the broader polity and asks God to “bless, guard, protect, help, exalt, magnify, and highly aggrandize,” the sovereign in the hopes that these words of praise and God’s grace would protect the local Jewish community. The prayer represents Jewish hopes that open expressions of fealty in synagogue would provide security for their communities and lessen incidences of anti-Jewish discrimination or violence.

The original wording of Hanoten Teshuah underwent serious changes in an American context. A prayer that asks for the long and successful reign of kings and princes no longer fit a democratic context. Earlier references to European kings were replaced by the president, vice-president and appointed officers of the United States. The liberal Jewish movements changed the wording even further to fit a more progressive and self-assured relationship to governmental power.

In the Conservative movement’s Siddur, Lev Shalem, the “Prayer for Our Country,” beseeches: “Our God and God of our ancestors, with mercy accept our prayer on behalf of our country and its government. Pour out your blessings upon this land, upon its inhabitants, upon its leaders, its judges, officers, and officials, who faithfully devote themselves to the needs of the public. Help them understand the rules of justice you have decreed, so that peace and security, happiness and freedom, will never depart from our land.”

This prayer is notably political without being partisan. With rare exception, Jewish communities offer prayers for the government regardless of which political party is in power or who leads the government. We pray for the good of our neighbors and for wisdom and compassion to guide the decisions of those in power.

The prayer for the welfare of our nation serves as a weekly reminder that we do not dwell alone as individuals or a people — the welfare of our neighbors and our government are bound up with our own. This prayer can be challenging if we are not in favor of a particular government, but even during those difficult moments, this prayer affirms the necessity of government as a social good and the vested interest we have in its ability to make just and wise decisions.

There are many versions of the Jewish Prayer for the Government, including:

• A Reform version can be found on page 130 of the prayer book Mishkan Tefillah (scroll to page). 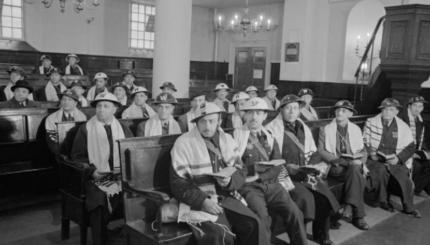 Why Do Jews Pray in the Plural?

Jewish liturgy is almost always written in the plural form. Here's why. 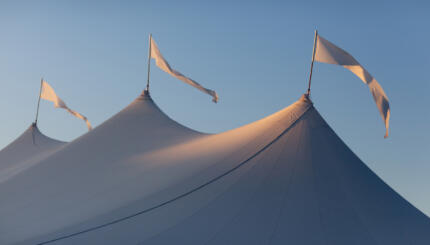 This biblical verse, traditionally recited as one enters a synagogue, has a challenging provenance.