Tisha B’Av has become the collective day of mourning in the Jewish calendar. Many tragic events are reputed to have occurred on this date. In some cases there is a question as to the precise dating of an event. For instance, with regard to the destruction of the First and Second Temples, some 656 years apart but on the same date — the 9th of Av — some sources indicate that the First Temple was destroyed on either the seventh or the 10th of Av, and the Second Temple was destroyed on the 10th of Av; rabbinic authorities, however, decided to mark the ninth of Av as the official date for remembering the destruction of both.

Tisha B’Av serves to bind all of the following tragic events together in one day of mourning and remembering. [Tradition has it that] on the ninth of Av: 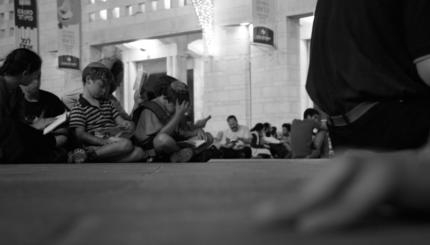 The liturgy for the 9th of Av includes Lamentations and special additional elegies.