2. Why were the priests required to make these various sacrifices on the eighth day of the Tabernacle’s consecration?

3. Two of Aaron’s sons were killed by God. Who were they?

4. Why were two of Aaron’s sons killed?

5. Moses gave Aaron certain instructions concerning the death of his two sons. What were they?

6. Moses told two of Aaron’s cousins to carry the bodies of Nadav and Abihu outside of the camp. Why didn’t their surviving brothers carry them out?

7. Who were Aaron’s two surviving sons?

8. Moses became very upset with Eleazar and Ithamar. Why?

9. It would seem that Eleazar and Ithamar might have been killed by God in the same manner and for similar reasons as Abihu and Nadav. Why were they not killed?

10. God describes to Moses the two characteristics of an animal that make it acceptable for eating. What are they?

11. If someone touched an unclean animal, how long would this person be considered “unclean”?

2. They had to make these sacrifices because God was going to “appear” before them on that day (9:3-4).

4. They were killed because they offered strange fire before God which He had not commanded (10:1).

5. Moses told Aaron that he should not grieve; that through those close to Him (the priests), God would be sanctified and glorified; when those close to Him do not follow His instructions exactly, they are subject to the maximum penalty since it sets the wrong example for the people (10:6-7).

6. Nadav and Abihu’s brothers were priests and had been purified in the previous seven days. They would have been defiled by touching dead bodies (10:4).

9. Aaron explained that it would not have been pleasing to God if Eleazar and Ithamar would have eaten the sin-offering after what had happened to their brothers on that day (10:19)

11. The person would be considered “unclean” until evening, and until after he and his clothes had been thoroughly washed (11:24-25). 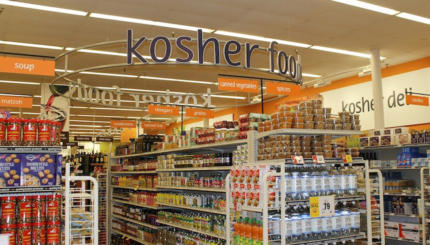