“I thought it [a] miracle,” exclaimed Mary Antin in her best-selling autobiography, The Promised Land, written when she was just thirty years old, “that I, Mashke, the granddaughter of Raphael the Russian, born to a humble destiny, should be at home in an American metropolis, be free to fashion my own life, and should dream my dreams in English phrases.” This best-selling author and lecturer, champion of free and open immigration, celebrated in her life and work the immigrant experience and the boundless opportunity of America.

Born in Polotsk in the Russian Pale of Settlement on June 13, 1881, to Israel Pinchus and Esther (Hannah Hayye) (Weltman) Antin, Maryashe Antin was the second of six children. She is pictured here with her sister, Fetchke. For a brief period in her childhood, while the family business flourished, she learned with private tutors. But serious illness left the business in ruins. In 1891, unable to earn a living, her father set off, along with hundreds of thousands of others, to seek his fortune in America.

While their mother shouldered alone the burden of caring for the family, Antin and her elder sister found themselves apprenticed out to work. After three long years, their father managed to save enough to send for his wife and children. In the early spring of 1894, Esther Antin and her children left Polotsk bound for Boston.

While America never did deliver on its dream of prosperity to Israel Antin–his various business ventures generally failed–it did deliver on its promise of equal opportunity. Education kept the American dream alive for Maryashe–now Mary–and her younger siblings. Years later, when she wrote of the day they marched proudly off to school, she claimed that in “the simple act of delivering our school certificates . . . [my father] took possession of America.”

Like other immigrant children, in the days when grade levels were determined by competence in English rather than by age, thirteen-year-old Antin squeezed herself into a desk meant for a kindergarten child. Her intelligence and evident literary gifts quickly impressed her teachers. Eager to show how much an immigrant child could accomplish in only four months, one of them sent Antin’s composition entitled “Snow” to Primary Education. Seeing her name in print for the first time, Antin determined to become a writer.

Guided by her teachers, she vaulted through grammar school in four years. At the same time, she began to fulfill her literary ambition. Publication of her poems in Boston newspapers made her a local celebrity. At her grammar school graduation in 1898, her remarkable career was held up “as an illustration of what the American system of free education and the European immigrant could make of each other.” To those who championed the nation’s capacity to assimilate the immigrant and the immigrant’s capacity to enrich America, Mary Antin became a symbol.

Knowing of the family’s desperate need to put all hands to work to make ends meet, Hattie L. Hecht, a local Jewish communal leader, persuaded Philip Cowen, editor of the American Hebrew, to arrange for the publication of Antin’s first book. In the summer of 1894, the thirteen-year-old, an inveterate letter writer, had described to an uncle the family’s journey. Translated from the Yiddish and owing to a misprint of the name of her town, these letters became From Plotzk to Boston (1899). Income from the book’s sales enabled Antin to continue her education at Boston’s premier female high school, Girls’ Latin School, and to dream of the day when she would enter college.

But school, writing, and household chores did not occupy all her time. On a field trip sponsored by Hale House, a South End settlement home, she met the geologist Amadeus William Grabau (1870–1946), the son and grandson of German-born Lutheran ministers. The two fell in love and were married in Boston on October 5, 1901.

Amadeus Grabau went from Harvard University, where he had completed his doctorate, to the faculty of Columbia University. There Antin fulfilled her dream of attending college, studying at Columbia’s Teachers College (1901–1902) and at Barnard College (1902–1904), but without finishing a degree. And before too long the birth of their only child, Josephine Esther, completed the domestic portrait.

But despite her new family, Antin’s ambitions for authorship did not wane. While most of her poems remained unpublished, Josephine Lazarus–a transcendentalist, sister of the poet Emma Lazarus, and a member of Antin’s new circle of friends–convinced her to write her autobiography. Josephine Lazarus’s death in 1910 spurred Antin to begin.

In September 1911, the Atlantic Monthly published Antin’s “Malinke’s Atonement,” a remarkable short story set in Polotsk about an impoverished nine-year-old “ignorant female” who, after a daring test of faith, wins access to the forbidden–an education “the same as a boy.” Two months later, the Atlantic Monthly published the first installment of what became her best-known work, The Promised Land (1912).

In The Promised Land, Antin sketched her life in Polotsk and Boston. Espousing the myth of the American dream, she showed how the idea of America ran counter to the economic, political, and cultural oppression of Europe. She pointed to her own adolescent success as proof of the abundant opportunities held out to immigrants who abandoned the old to embrace wholeheartedly the new. The Promised Land brought her nationwide fame, selling nearly 85,000 copies before her death.

Antin continued writing short stories for the Atlantic Monthly and opinion pieces for Outlook. In the same year that The Promised Land appeared, she campaigned for Theodore Roosevelt’s presidency. The former president’s friendship confirmed what she had for so long asserted–that nothing stood in the way of the immigrant in America. And Roosevelt revealed his own debt to their friendship when he wrote that he became a zealous supporter of woman suffrage precisely because of his association with women like Mary Antin.

From 1913 to 1918, Antin traveled throughout the United States, lecturing, often to Jewish organizations, on the themes set forth in The Promised Land. In the book, she not only celebrated the American dream, but also, perhaps surprisingly, championed Zionism. Although earlier she had found that her Jewish heritage paled before the American past that now belonged to her, she never repudiated her Jewish identity.

Despite her intermarriage, her ardent quest for Americanization, and her abandonment of the piety of the Eastern European shtetl, she argued in the Zionist magazine, The Maccabaean that “when I take my stand under the Zionist banner,” it “is in no sense incompatible with complete civic devotion” to America. Perhaps her return visit to Polotsk after her marriage–a visit about which little is known–fueled these sentiments.

In 1914, she followed the success of The Promised Land with her last full-length work, They Who Knock at Our Gates, a polemic against the movement to restrict immigration. Although well received, this work was less popular than her autobiographical musings.

America’s entry into World War I resulted in a serious personal crisis that permanently changed her life. While she threw herself into lectures for the Allied cause, her husband expressed his pro-German sympathies forcibly, causing a severe rift in their household. In 1918, worried over their estrangement, Antin suffered an attack of what was then diagnosed as neurasthenia, from which she never fully recovered. The illness caused her to retire from public life.

By 1919, when Amadeus Grabau’s pro-German sympathies had made his situation at Columbia untenable, he and Antin had separated. The following year, he left for China. Although the couple later corresponded, illness and war kept Antin from visiting Peking, where her husband died in 1946.

After the separation, Antin left New York for Massachusetts. She divided her time among a social service community in Great Barrington known as the Gould Farm, her family’s home in Winchester, and her own apartment in Boston. She was hospitalized briefly and also worked as a hospital social worker. Subsequently, attracted by Rudolph Steiner’s anthroposophy, she tried in “The Soundless Trumpet” (1937), one of her very few late essays, to convey the power of these new mystical insights–but without much success.

Mentally alert, but physically an invalid in her final years, Mary Antin resided with her younger American-born sisters. She died of cancer on May 15, 1949, in Suffern, New York.

Numerous memoirs and novels have recounted the Jewish immigrant experience since The Promised Land was first published in 1912. Nevertheless, for its celebration of America and how it transformed the foreign-born Maryashe into Mary Antin, author, citizen, and interpreter of the immigrant experience to her fellow Americans, Antin’s autobiography remains the quintessential work of its genre.

How emancipation, nationalism, capitalism and liberalism affected the Jews. 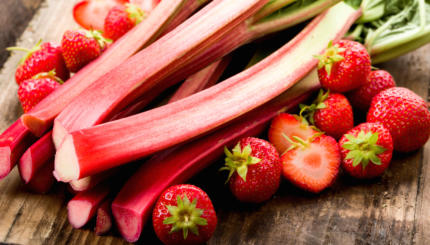 An unconventional treat for Shavuot or whenever strawberries and rhubarb are in season.