America and the Holocaust

From the time the Nazi party took power in Germany in 1933 until the end of World War II in 1945, about a quarter of a million refugees arrived in the United States, mostly Jews from Europe. Among them were approximately 2,000 scholars from European academic institutions.

The most renowned of the Jewish scholars was Albert Einstein. By 1930 he was the best-known scientist and mathematician in the world, and had a number of close academic ties to the United States. In 1932 he was appointed professor at the Institute for Advanced Study at Princeton University. He planned to divide his time between Princeton and the Prussian Academy of Sciences in Berlin. But with Hitler’s appointment as Chancellor in January 1933, Einstein decided that he would not return to Germany. He emigrated with his wife Elsa that September and remained in Princeton until his death in 1955.

Einstein was in the unusual position of being warmly welcomed in the United States after resigning in protest from his position in Europe. Most refugee scholars were unceremoniously dismissed and struggled enormously to emigrate. The lucky few who did manage to reach the US relied on their scholarly reputations and their personal connections with American schools or governmental officials who made petitions on their behalf. Almost all were ultimately assisted by organizations formed specifically to help refugee scholars fleeing Nazi Europe.

The Emergency Committee in Aid of Displaced Foreign Scholars

The Emergency Committee in Aid of Displaced Foreign Scholars, often with the support of the Rockefeller Foundation, was the most prominent of these American organizations. Between 1933 and 1945 the Committee worked determinedly to coordinate the needs of scholars with those of American institutions while negotiating America′s restrictive immigration policies and Europe′s closing doors. The Committee helped over 300 scholars emigrate and provided grants for their initial appointments. One of these scholars was Dr. Aron Freimann.

In March of 1933 Freimann was dismissed–because he was Jewish–from the directorship of the Frankfurt State and University Library. For 35 years he had curated its Hebraica and Judaica collection, the largest in Europe at the time. Dr. Joshua Bloch, head of the Jewish division of the New York Public Library (NYPL), was determined to bring Freimann to the NYPL. Cardinal Tisserant, with whom Freimann had worked on more than one occasion cataloging Hebrew and Judaic materials in the Vatican Library, also helped Freimann’s case by diligently writing letters of support. With financial backing and bureaucratic details taken care of by the Emergency Committee, and job placement at the NYPL ensured by Bloch, Freimann was finally able to emigrate with his wife in 1939.

Though Freimann was already 68 years old when he arrived in the United States, he worked productively at the NYPL, compiling a complete bibliographical record of all known extant manuscripts of the writings of Rashi, the great medieval commentator and creating a gazetteer of Hebrew printing.

But the Committee had its limitations. American institutions had difficulty justifying placement of a ″foreigner″ when Americans were vying for the same position, particularly as anti-German sentiment and anti-Semitism reigned on many campuses. It was much easier for the Committee to support the emigration of well-established scholars than younger intellectuals, because older scholars were not suspected of taking jobs from young Americans. This practice of prioritizing prestige over potential did help protect the careers of young American scholars, but it jeopardized the professional fates–and lives–of young European scholars.

Also, American immigration law only permitted the Emergency Committee to fund American academic institutions that could promise stable job placement and accept responsibility for refugees’ financial security. These stiff budgetary stipulations, coupled with issues such as language barriers and cultural and intellectual differences, meant that even for some of Europe’s most prominent scholars, academic placements were not easy to find. Moreover, while still in Europe, it was necessary to obtain an endless and ever-changing list of required forms, certificates, statements, affidavits, and exit and entry visas. Some could not fulfill these requirements and were arrested or deported before they could emigrate.

A number of younger, less established refugees also assisted by the Emergency Committee were accepted as professors in traditionally black colleges in the American South. Professors such as Lore and Donald Rasmussen taught education and sociology, respectively, at Talladega College in Alabama; Professor Ernst Borinski taught sociology, German, and Russian at Tougaloo in Mississippi; and Ernst Manasse taught German, Latin, and philosophy at North Carolina Central University. They all escaped the escalating racism of Nazi Europe only to find themselves living in the highly segregated South. Their own recent encounters with discrimination helped these refugees identify with their new students and colleagues.

The Jewish College in Exile

Hebrew Union College (HUC), the Reform rabbinical school in America, also played a central role in the rescue of European Jewish scholars. Abraham Joshua Heschel, who had at the time recently completed liberal rabbinic ordination under leaders of the German Reform movement, was one of ten Jewish studies scholars who came to America as refugee scholars during the war years to teach at HUC. Collectively known as the Jewish College in Exile, their emigration was made possible by the determined efforts of Julian Morgenstern, then president of HUC.

By almost doubling its small faculty with refugee scholars, historian Michael Meyer argues that HUC, “far more than any other American-Jewish educational institution – recognized its responsibility” to rescue European Jewish scholars. Aware that Morgenstern and HUC had made his survival possible, Heschel referred to Morgenstern as “the least appreciated man in American Jewry.”

While HUC was (and is) a Reform institution, the purpose of its College in Exile was to rescue European Jewish scholars and provide them with a point of transition upon their arrival in America, regardless of their position on American Reform Judaism. The scholars they rescued were under no obligation to remain at HUC. Indeed Heschel, and some of the others rescued by HUC, found American Reform Judaism too liberal. After five years, Heschel resigned from HUC and accepted a position at the Conservative Jewish Theological Seminary. He went on to achieve great fame as a Jewish thinker and civil rights activist.

Organizations such as the Emergency Committee, and individuals like Morgenstern, as well as all those in Europe and America, Jewish and non-Jewish, family members and colleagues, who donated money and wrote countless letters of support all dedicated enormous energy to ensuring the survival of some of Europe’s greatest Jewish scholars and intellectuals. Nevertheless, it cannot be forgotten that unknown others could not be rescued and still more were never given the opportunity to prove their greatness.
Aron Freiman picture courtesy of
Dr. Rachel Heuberger. 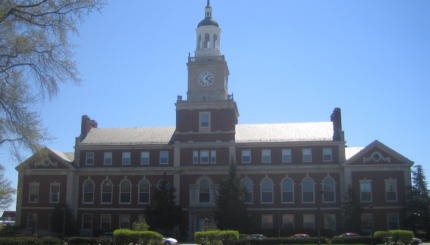 A chapter in black-Jewish relations that is not often told.

A narrative of Jewish history between 1948 and 1980, including the foundation of the state of Israel, Jews in the USSR, and suburbanization in the United States.