From Groucho Marx to the Borscht Belt to Sarah Silverman, many of America’s best-known comedians have been Jewish. And so important is humor to Jewish culture that a landmark study on American Jewish identity in 2013 found that 42 percent of American Jews consider “having a good sense of humor” to be “an essential part of what being Jewish means.” (In contrast, only 19 percent said observing Jewish law was essential.)

READ: The 10 Best Jewish Jokes in ‘The Marvelous Mrs. Maisel’

But Jewish humor can be difficult to define. As William Novak and Moshe Waldoks write in The Big Book of Jewish Humor, it is easier to describe Jewish humor in terms of what it is not, than what it is.

It is not, for example, escapist. It is not slapstick. It is not physical. It is generally not cruel and does not attack the weak or the infirm. At the same time, it is also not polite or gentle.

Below are examples of some Jewish jokes.

Schwartz is sitting in his room, wearing only a top hat, when Steinberg strolls in.
“Why are you sitting here naked?”
“It’s all right,” says Schwartz. “Nobody comes to visit.”
“But why the hat?”
“Maybe somebody will come.”

A woman on a train walked up to a man across the table. “Excuse me,” she said, “but are you Jewish?”
“No,” replied the man.
A few minutes later the woman returned. “Excuse me,” she said again, “are you sure you’re not Jewish?”
“I’m sure,” said the man.
But the woman was not convinced, and a few minutes later she approached him a third time. “Are you absolutely sure you’re not Jewish?” she asked.
“All right, all right,” the man said. “You win. I’m Jewish.”
“That’s funny,” said the woman.” You don’t look Jewish.”

Two men of Chelm went out for a walk, when suddenly it began to rain.
“Quick,” said one. “Open your umbrella.”
“It won’t help,” said his friend. “My umbrella is full of holes.”
“Then why did you bring it?”
“I didn’t think it would rain!”

Two Jews sat in a coffeehouse, discussing the fate of their people.
“How miserable is our history,” said one. “Pogroms, plagues, discrimination, Hitler, Neo-Nazis…Sometimes I think we’d be better off if we’d never been born.”
“Sure,” said his friend. “But who has that much luck — maybe one in 50,000?”

Two Jews are walking through a neighborhood one evening when they notice they are being followed by a pair of hoodlums.
“David,” say his friend, “we better get out of here. There are two of them, and we’re alone!”

In a small village in Poland, a terrifying rumor was spreading: A Christian girl had been found murdered.
Fearing retaliation, the Jewish community gathered in the shul to plan whatever defensive actions were possible under the circumstances.
Just as the emergency meeting was being called to order, in ran the president of the synagogue, out of breath and all excited. “Brothers,” he cried out, “I have wonderful news! The murdered girl is Jewish!”

The census taker comes to the Goldman house.
“Does Louis Goldman live here?” he asks.
“No,” replies Goldman.
“Well, then, what is your name?”
“Louis Goldman.”
“Wait a minute–didn’t you just tell me that Goldman doesn’t live here?”
“Aha,” says Goldman. “You call this living?”

Three Jews who had recently converted to Christianity were having a drink together in a posh restaurant. They started talking about the reasons for their conversions.
“I converted out of love,” said the first. “Not for Christianity, but for a Christian girl. As you both know, my wife insisted that I convert.”
“And I,” said the second, “I converted in order to rise in the legal system. You probably know that my recent appointment as a federal judge may have had something to do with my new religion.”
The third man spoke up: “I converted because I think that the teachings of Christianity are superior to those of Judaism.”
“Are you kidding?” said the first man, spitting out his drink.
“What do you take us for, a couple of goyim?”

Schwartz, an elderly man, is resting peacefully on the porch of his small hotel outside Boca when he sees a cloud of dust up the road. He walks out to see who could be approaching: It is a Southern farmer with a wagon.
“Good afternoon,” says Schwartz.
“Afternoon,” says the farmer.
“Where you headed?” asks Schwartz.
“Town.”
“What do you have in the wagon?”
“Manure.”
“Manure, eh? What do you do with it?”
“I spread it over the fruit.”
“Well,” says Bernstein, “you should come over here for lunch someday. We use sour cream.”

How many Zionists does it take to replace a light bulb?
Four: One to stay home and convince others to do it, a second to donate the bulb, a third to screw it in and  a fourth to proclaim that the entire Jewish people stands behind their actions.

At the funeral of the richest man in town, a stranger saw a woman crying very loudly.  The stranger said, “Are you a relative of the deceased?”
“No.”
“Then why are you crying?”
“That’s why!”

Bloomberg, on a business trip, found himself using a public toilet. He had just made himself comfortable when he noticed that the toilet paper roll was empty.  He called out to the next stall, “Excuse me, friend, but do you have any toilet paper in there?”
“No, I’m afraid there doesn’t seem to be any here, either.”
Bloomberg paused for a moment. “Listen, he said, do you happen to have a newspaper or a magazine with you?”
“Sorry, I don’t.”
Bloomberg paused again, and then said, “How about two fives for a ten?”

The rabbi was angry about the amount of money his congregants were giving to charity. He prayed that the rich should give more charity to the poor.
“And has your prayer been answered?” asked his wife.
“Half of it was,” replied the rabbi. “The poor are willing to accept the money.”

My wife divorced me for religious reasons. She worshipped money and I didn’t have any!

I’ve been married for 34 years, and I’m still in love with the same woman. If my wife ever finds out, I’ll be in big trouble!

Feinstein returned home from a business trip to discover that his wife had cheated on him
“Who was it?” he roared. “That bastard Wolf?”
“No,” replied his wife. “It wasn’t Wolf.”
“Was it Green, that creep?”
“No, it wasn’t him.”
“I know — it must have been that idiot Sherman.”
“No, it wasn’t Sherman, either.”
Feinstein was furious. “Whatsa matter?” he cried. “None of my friends is good enough for you?”

An old man is struck by a car and brought to the hospital. A nurse enters his room and says, “Sir, are you comfortable?”
The old man replies, “I make a nice living.”

The Million-Dollar Question for God

Finding humor is easier than finding a soul mate. 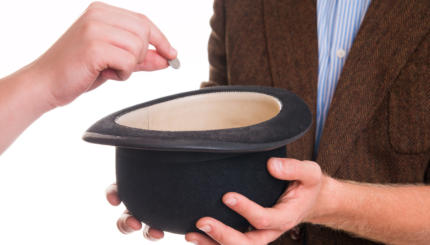 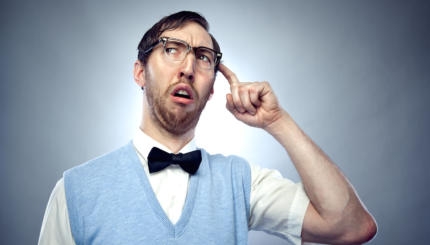