The open-air food market (called a “shuk/souk” in Hebrew and Arabic, respectively) is a vital part of Israel’s culinary and social ecology. In addition to providing residents with access to fresh produce and other goods, they serve as a showcase for the country’s myriad ethnic cuisines, and offer a space to gather and–most importantly–eat. With their swirl of smells, tastes, and sounds, markets are by far the best place to tap into a community’s personality.

Nearly every major city in Israel has a food market, ranging from established municipal markets housed in massive indoor/outdoor structures, to ad-hoc souks that consist of little more than a few blankets spread out and covered with freshly picked greens. The list below, while far from comprehensive, offers a glimpse into some of Israel’s most beloved markets.

City Center, Sundays through Fridays
Jerusalem’s most famous produce market dates back to the 19th century, when Arab merchants began selling fruits and vegetables to residents in an empty lot owned by a Sephardic Jewish family. (In contrast, virtually all of its shop owners now are Jewish.) Today the market always bustles–especially on Fridays when the city descends upon the narrow strip of stalls in search of produce for Shabbat, or just a leisurely lunch. Colorful bell peppers sit next to fish, spices, and stacks of chocolate-swirled halva. Tucked throughout the market, diners can find restaurants featuring delicacies from Israel’s many ethnicities.

Emek Refaim, Fridays
Shoppers looking for a quieter shopping experience can head to the Emek Refaim Market in one of Jerusalem’s most American-populated neighborhoods.  There, farmers and food producers sell artisanal goat cheeses, preserved lemons and jams, cured olives, organic produce, and baked goods. One-stop shopping is not the goal here. Rather the market offers visitors a chance to sample specialty products, pick up a gift, or find a delicious treat to savor at home.

Center City, Sundays through Fridays
Past a few stalls of vendors selling cheap electronics and graphic t-shirts lies the heart of Tel Aviv’s largest outdoor produce market. Vendors loudly hawk their fresh produce, fruit juices, and tables sigh under the mountainous weight of “beigele cham” (hot bagels) stacked a dozen-high. Visitors’ tip: as you enter the market, scoot your way behind the t-shirt stalls towards a small booth selling savory borekas. A few pockets of puff pastry filled with cheese, potato, or spinach are the perfect snack to fuel a trip through the market.

Florentine Neighborhood, Sundays through Fridays
Off the beaten tourist track on Levinsky Street, a collection of food stores spills out into the sidewalk, creating a vibrant marketplace with an underground feel. The market was founded 90 years ago by Greek Jews, though the street itself is named after Elchanan Leib Levinsky–a Lithuanian Jew who moved to Palestine in the 1880s. Dried spices and teas are the market’s main focus, though other goods from grains to fresh cheese and olives are also readily available. Visitors are sure to find flaming-red cones of oiled paprika, chamomile leaves, bulgur wheat (pronounced “borgol” in Israel), and fat dates still on the branch.

Hatikvah Neighborhood, Sundays through Fridays
Shoppers looking for a truly “authentic” Israeli experience and bargain prices head to the Hatikvah Market in southeastern Tel Aviv. Less glitzy and crowded than the Carmel Market, Hatikvah offers the best of the basics: kosher butchers and fishmongers and straightforward produce, intermixed with harder-to-find treats like Iraqi pickles and Persian garlic. A smattering of bakeries and restaurants ring the market offering prepared Moroccan, Yemenite, and Kurdish treats like saluf, the thin baked pita.

Southern Be’er Sheva, Thursdays
Each Thursday, an unused parking lot gets transformed into a thriving Bedouin market. In the past, this was the place that the tens of thousands of Bedouin living throughout the Negev came to sell and buy livestock like sheep and camels, along with clothing and carpets. Those traditional goods are still available, but the wares now include designer knock-offs and perfumes. Intermixed amongst the market’s good-natured chaos are vendors selling dried fruits, spices, and nuts. There are other markets in Be’er Sheva selling fresh produce, but the Bedouin Market is worth a trip for the experience alone.

Hadar district, Sundays through Fridays
Signs at the Talpiot fruit and vegetable market are written in both Russian and Hebrew– an accommodation that represents the many Russian immigrants who came to Haifa in the last decades of the 20th century. The cavernous building was originally constructed by Haifa’s Jewish residents in the late-1930s. Today, the Russian shoppers along with Asian workers and other residents jostle one another amongst the crowded stalls, reaching for bright cherry tomatoes, juicy yellow pears, and Thai basil. Nearby in the small Arab town Wadi Nisnas, a quieter, more makeshift market exists, filled with freshly picked greens, herbs, and other wild edibles that populate the verdant Galilee. The two markets offer a glimpse of Haifa’s diverse community and the region’s deep tie to the land.

Old City, Open Everyday
Akko’s market is really a three-in-one stop. The Turkish Bazaar, originally built in the late 1700s (and abandoned in 1948 when the IDF took over the city) was recently revived as a souvenir market. The Shuk Al-Abiad (White Market), constructed in 1817, is the place to go for fresh produce, pickled vegetables, and other groceries, and Market Street on the main road of the Old City has stalls selling all kinds of fresh fish, pita, and sweet Middle Eastern pastries.  Nearby, locals and tourists alike gather at Humus Said, where a bowl of hummus, pickled vegetables, and warm pita make the perfect meal after a morning of shopping.

City Center, Sundays through Fridays
In fall of 2005, a suicide bomber struck outside of a falafel stand in the main produce market in the seaside town of Hadera. The blast killed several people and also destroyed a large section of the old market, which had served the community for almost 90 years. Today, a rebuilt market stands in its place selling fresh fruits and vegetables, from strawberries and potatoes to fresh garlic. The new market is brightly painted and features a large public fountain. In addition to marking the city’s resiliency after a tragedy, city planners hope the new market will help to revitalize Hadera’s economically depressed city center.

Old City, Mondays through Saturdays
Nazareth is one of the least “Jewish” towns in Israel. The major tourist areas are congested with buses depositing Christian visitors near the Church of the Annunciation and other sites made holy by their connection to Jesus. The city is also home to the country’s largest Arab population, and houses a vibrant souk that winds around a narrow street in the Old City. Along with the standard abundance of household products, produce, and spices, shoppers can find seasonal Middle Eastern specialties like fresh grape leaves, za’atar, green almonds, and mallow.

City Center, Tuesdays and Fridays
Netanya’s Municipal Market is a sprawling indoor/outdoor space crammed with food vendors and a smattering of clothing and jewelry stalls. Originally founded in the late 1950s by Libyan and Tunisian immigrants and later populated by Russian and then French Jews, the market represents Israel’s ever-expanding diversity. Today fishmongers serve up the catch of the day, while bakers arrange their displays of sweet, glazed croissants. Nearby, fat bouquets of cauliflower and gnarly knobs of celery root fight for space next to overflowing bags of dried chickpeas. Like so many markets across the world, the scene at the Municipal Market offers a colorful and boisterous glimpse into the lives of its residents. 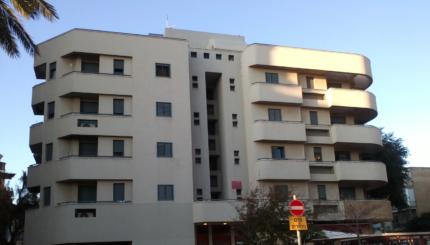 Integrating the European and the Middle Eastern. 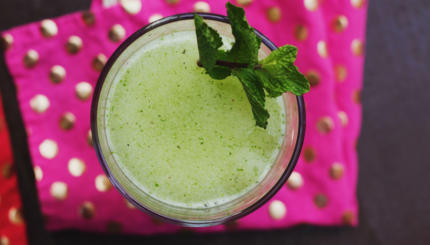 The most delicious, minty brain freeze awaits you this summer.